After an indifferent start to the season Brendan Rodgers once again seems to be favouring the three at the back approach. This worked well in the latter part of last season enabling Liverpool to recover from a poor start to the campaign. This weekend’s visitors Aston Villa are pencilled in at 0.75 goals so we were very keen to gauge Liverpool’s possible starting line-up here with good prospects of a clean sheet and the chance to score points for offensive actions an added bonus. 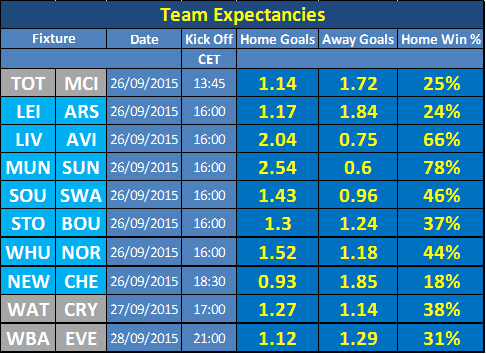 Dejan Lovren was stretchered off against Carlisle so Mamadou Sakho could start to the left of a back three with Alberto Moreno in the left wing-back role. However, it was the right flank which really caught our eye. We’re big fans of both Jack Grealish and Jordan Amavi but both are far from the finished article. Amavi was the subject of a recent Ben McAleer piece for WhoScored but he could have his hands full this weekend with Liverpool likely to field an inter-changing front three of Coutinho, Ings and Sturridge. He will fancy his chances of getting some rewards further up-field against Emre Can but this might just leave some space for Nathaniel Clyne to exploit and the former Saints man is included in our line-up along with Coutinho. 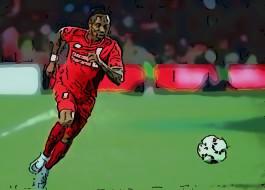 Despite West Ham’s terrific start to the season the odds-makers are giving Norwich plenty of respect this weekend. However, we think Dimitri Payet and Victor Moses can continue their rich vein of form and both make our Mondogoal team of the week. It’s impossible to ignore the claims of Anthony Martial priced at just £5m after his explosive start to the season and he gets the nod along with Juan Mata who looks the most consistent of United’s other attack-minded players.

Newcastle have a horrendous injury list so are probably relieved not to be facing Diego Costa but Chelsea will fancy their chances of getting something at St James Park so Pedro is included as well as an improving Eden Hazard. We’re not expecting too many goals when Southampton entertain Swansea so Maarten Stekelenburg completes this week’s line-up.

There is £10k in prize money up for grabs in this Mondogoal Shootout and you only need to finish in the top 20% (1100 places) to ensure a 50% ROI. The entrance fee is £2 and with 6 of the 7 games starting simultaneously it’s worth noting that you will be able to edit player selections on these matches once official team news has been announced. 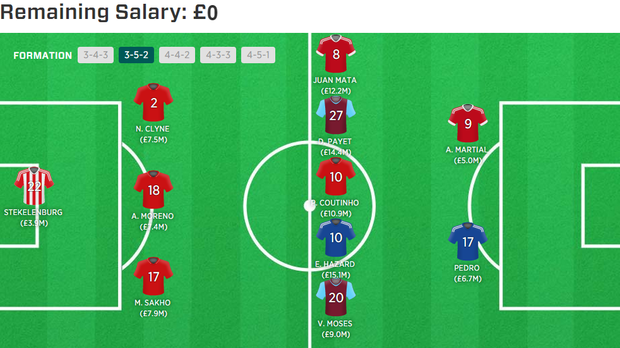