The Premier League title race continues to enthrall, with Leicester City inching further clear at the top after Tottenham, Arsenal and Manchester City all suffered defeats during Gameweek 28.

A serious battle for the final Champions League qualification place is also hotting up, with Manchester United now level on points with rivals City – and West Ham United, Liverpool and even Stoke City holding out hope of climbing into the top four.

Here is our team of the week from a typically unpredictable gameweek in the Premier League.

Manchester United edged past Watford with a 1-0 win at Vicarage Road thanks to a superb goal by Juan Mata, but they owed a lot to their Spanish goalkeeper, who made four saves and picked up the man of the match award too.

Cook scored Bournemouth’s first goal in a 2-0 win over south coast rivals Southampton that eased Eddie Howe’s Cherries away from relegation danger, with the clean sheet also helping Cook to get the man of the match prize and those all-important bonus points too.

Everton’s defending has been questionable for much of the season, but there have been signs of improvement of late and their 3-1 win at Aston Villa on Tuesday was fairly comfortable.

Ramiro Funes Mori, who is the highest valued defender on Mondogoal for Saturday’s Perfect Million contest, was Everton’s star man, heading in the opening goal from a corner and setting up Romelu Lukaku for the third goal to seal a win that was a third in four Premier League matches for Roberto Martinez’s in-form outfit.

Stoke City continued their excellent season under underrated manager Mark Hughes with a 1-0 home win against Newcastle United on GW28, sealed by a fine goal from Xherdan Shaqiri.

Philipp Wollscheid was in excellent form in the Potters’ back line, which has already kept 10 clean sheets this season.

Swansea City captain Ashley Williams has been leading by example for the Jacks of late and he was outstanding again as the Welsh side earned a shock 2-1 win at the Emirates on Wednesday.

Williams scored the winning goal as Swansea continued to move away from relegation danger under new manager Francesco Guidolin, who missed the match after being hospitalised with a nasty chest infection.

Another three points will be a great tonic for the Italian, whose side are now six points clear of the relegation zone after a third Premier League win in seven matches.

Adam Lallana has struggled to justify his massive price tag since his £25 million move from Southampton, but his opening goal as Liverpool brushed City aside 3-0 at Anfield showed why the club paid so much money for him. 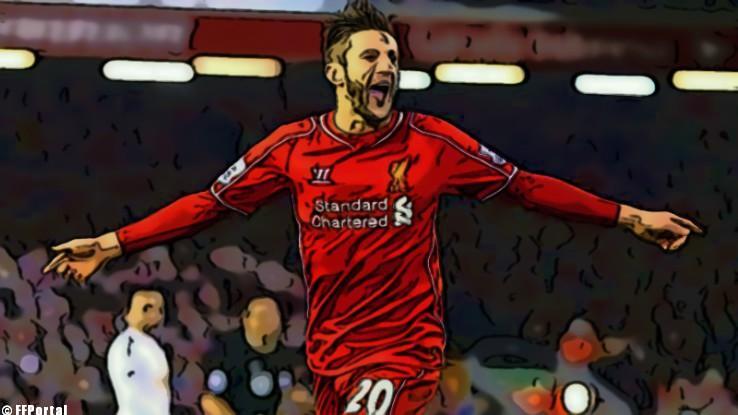 Lallana picked up the ball in a seemingly unthreatening position in the middle of the pitch before driving into acres of space and drilling a low shot into Joe Hart’s bottom corner from 25 yards.

The midfielder now has three goals from four Premier League appearances and he also collected an assist in his man of the match performance to earn some measure of revenge for the Reds.

Many felt an injury sustained by N’Golo Kanté would be damaging for Leicester’s title chances, but Andy King slotted into their midfield seamlessly, scoring the Foxes’ first goal in a 2-2 draw with West Brom on Tuesday.

It was King’s first Premier League goal of the season, but the Wales international’s strike helped his side to move three points clear at the top of the table at the end of the gameweek.

Liverpool put in arguably their best performance of the season in thrashing City at Anfield on Wednesday and James Milner is the second Reds midfielder to make it into the team of the week.

Milner scored the second goal and also recorded an assist as Jürgen Klopp’s men put their weekend Wembley disappointment behind them in the best possible style.

Roberto Firmino was virtually anonymous in the early weeks of the season, but since the arrival of Klopp the Brazilian has looked like one of the most dangerous players in the Premier League.

Like his Liverpool team-mates Lallana and Milner, GW28 saw Firmino both score and provide an assist as he continues his terrific form.

Michail Antonio can challenge Firmino’s claim as the Premier League’s most in-form midfielder after the West Ham star scored again in the Hammers’ 1-0 win over Tottenham in Wednesday’s local derby.

Antonio had to wait several weeks into the season to make his debut for the club but he has been on fire recently, scoring four goals in his last six Premier League games, with his pace, power and aerial ability making him a serious handful for defences.

And there was another memorable celebration after he broke out the Carlton from Fresh Prince of Bel Air to mark scoring in back-to-back Premier League matches for the second time this season.

Connor Wickham was a surprise entry in GW27’s team of the week and the Crystal Palace striker holds on to his place in the side after another star performance for his team.

Wickham hit another brace in a 2-1 win for his side at Sunderland, meaning the 22-year-old has now struck four goals in his last two appearances.

What will have pleased the striker the most was that his latest double came against his former club – and helped to break a long winless streak for Alan Pardew’s side at the same time.

« Trigger-happy Spurs are living the dream