But which players stood out in fantasy teams over the weekend?

Here is the Fantasy Football Portal Team of the Week for GW22.

Aston Villa’s plight looks increasingly desperate despite a slight upturn in their form, which has coincided with the selection of goalkeeper Mark Bunn in place of American stopper Brad Guzan. 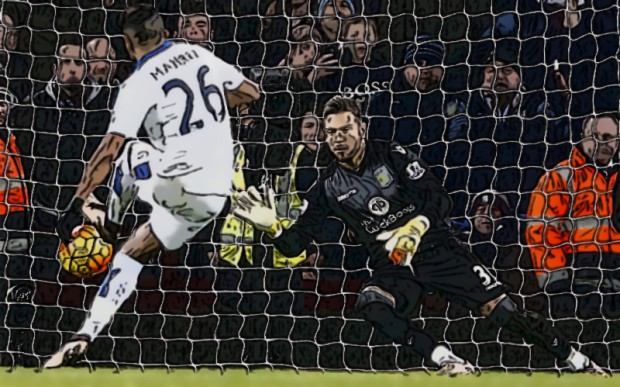 Bunn saved a poorly-taken penalty by Riyad Mahrez as Villa held Leicester to a 1-1 draw on Saturday, but they are 10 points from safety due to other results in GW22.

Charlie Daniels’ recent form has been so impressive some pundits have even touted him for an England call-up. Bournemouth won again at the weekend – brushing aside relegation rivals Norwich City 3-0 with ease at the Vitality Stadium – and Daniels was terrific.

The left-back converted a penalty and set up a goal for £10 million signing Benik Afobe to earn the man of the match prize. Daniels was among the top scoring fantasy players on GW22 and the smart money is on the 29-year-old continuing to shine for Eddie Howe’s side.

Swansea City desperately needed a win when Watford visited the Liberty Stadium on Monday – and they got one thanks to a big goal provided by the team’s captain Ashley Williams.

Williams headed in a cross and held firm in defence to keep a vital clean sheet in a 1-0 win that lifted Swansea back above Newcastle and out of the drop zone – at least for the time being.

Matt Targett is the latest in a long line of young players to be making an impact in the Premier League after being developed by Southampton’s youth system. 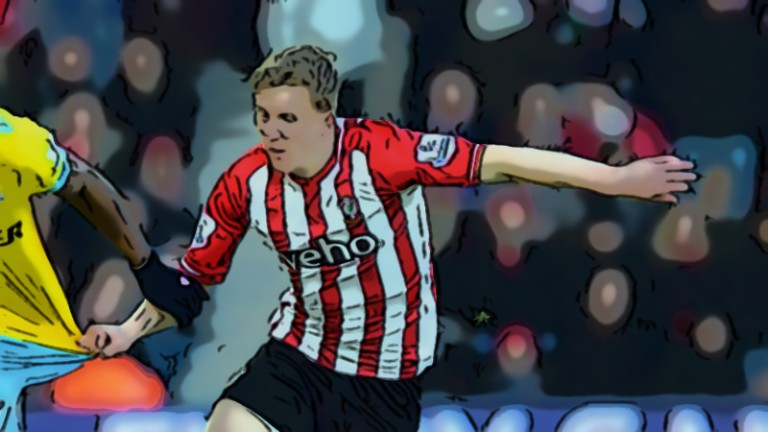 The Saints have used the left-back on the wing recently and Targett justified this show of faith by setting up Dusan Tadic as Southampton beat West Brom 3-0 to rise into the top half. Defenders who play further forward are canny fantasy selections and Targett should certainly be on the radar of daily fantasy managers after his recent performances.

A firm fantasy favourite last season, it has been a more difficult campaign for Christian Eriksen this year, with the Danish midfielder struggling for consistency.

Eriksen struck twice as Tottenham beat Sunderland 4-1 in the early game on Saturday, suggesting he could be coming back into form at last. However, both goals were via big deflections, but that slice of luck could be just what Eriksen needed to get back into the groove.

Manchester City beat Crystal Palace 4-0 on GW22 and playmaker David Silva was at the heart of their best play, as usual. Silva scored one goal and made another as City won comfortably.

Daily fantasy players may be torn between City stars Silva, Yaya Touré, Raheem Sterling and Kevin De Bruyne, but Silva is arguably the most consistent of that fabulous foursome. He is also the one that manager Manuel Pellegrini rarely rotates out of his starting line-up, which is key.

Chelsea’s upturn in form under interim manager Guus Hiddink continued with a 3-3 home draw with Everton, with Cesc Fàbregas again impressing in midfield after his poor start to the season.

The Spaniard’s deflected shot was credited as his goal and he also picked up an assist when Diego Costa scored from his long ball over the Everton back line. Fàbregas was reported to have fallen out with Jose Mourinho, but he looks to be enjoying his football again since Hiddink returned for his second spell in charge at Stamford Bridge, with Chelsea unbeaten under the Dutchman.

Georginio Wijnaldum continues to shine despite Newcastle’s poor form, starring in a vital 2-1 home win against West Ham United that temporarily lifted his side out of the bottom three.

Wijnaldum scored Newcastle’s second goal, which proved to be the winner, converting a low cross from Daryl Janmaat with aplomb. It was Wijnaldum’s ninth Premier League goal of the season and they have all been scored at St James’ Park – food for thought for fantasy managers who like to study the fixture list when selecting players.

James Ward-Prowse has long been touted as a future England international and he seems to be fulfilling his potential at St Mary’s. A set-piece specialist who has drawn comparisons to David Beckham, Ward-Prowse scored a penalty and a free-kick in Southampton’s GW22 victory.

They were his first goals of the season, but Ward-Prowse looks set for an extended run in Ronald Koeman’s team and he will have plenty of chances to show off those spectacular set pieces.

There is little doubt Sergio Agüero is the finest striker in the Premier League, but his fitness issues have often put fantasy players off from selecting him.

Agüero hit two goals in City’s 4-0 thrashing of Palace to take his tally for the season into double figures. If he stays fit, City look to have a great chance of winning the title. But that is a big if.

Many believed Harry Kane would prove to be a one-season wonder but the England striker continues to impress for Mauricio Pochettino’s Spurs side.

Kane was on the mark again as Spurs brushed Sunderland aside with ease, converting a penalty and adding an assist. Kane has now hit 12 Premier League goals this season, with only Mahrez, Jamie Vardy and Romelu Lukaku having scored more times. Kane’s goals will be vital if Spurs are to finish in the Premier League’s top four and qualify for the Champions League.