Benfica are through to the knock-out rounds after going out in the group stages in each of the last three seasons, with Zenit standing in their path next.

The Portuguese outfit were rocked by the departure of charismatic coach Jorge Jesus in the summer. Arguably Benfica’s greatest ever manager, Jesus’ reputation among the club’s fans was destroyed when he left to take over at their fierce rivals Sporting.

It took a while for Benfica to get over that act of great treachery, but the Portuguese champions now appear to be on the right track under Jesus’ successor Rui Vitoria.

Vitoria had to pick up the pieces when Jesus left but with Benfica firmly in the hunt for a third successive league title, going head-to-head with Sporting and Porto – improving on Jesus’ modest Champions League record will seal Vitoria’s place in the club’s folklore.

After several years with little young talent to speak of, Benfica are suddenly the talk of the town with some of the most prodigious footballers in Europe. Renato Sanches, a very tempting selection for daily fantasy football managers, is not yet an automatic choice for Benfica but he is wanted by all of Europe’s elite clubs. Other young Benfica starlets worth keeping an eye out for include Victor Andrade, Nelson Semedo, Vitor Lindelof, Nuno Santos and Joao Teixeira. 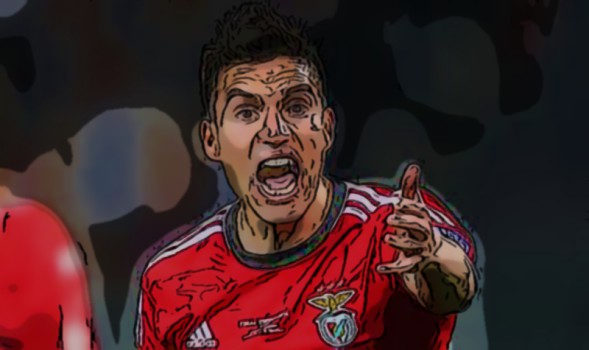 Benfica are a team without many star players – Nicolas Gaitan perhaps the exception – but they work hard for each other and cannot be written off. Zenit blazed their way through their group and will be heavy favourites, but Vitoria’s men could pull off a shock.

Perhaps wisely, Vitoria has not changed too much from Jesus’ tactics at Benfica. If it isn’t broken, why fix it? However, Vitoria’s Benfica have evolved slightly from the team that thrilled Portugal over the last couple of seasons.

Benfica are now set up around the visceral talents of Nicolas Gaitan. Previously treated as a decoration, Gaitan is now recognised as Benfica’s most important creative player. As such, his colleagues try to find him with the ball at the earliest opportunity, trusting him to make the difference in the final third.

Aged 27, Gaitan has thrived with the extra responsibility he has been given by Vitoria, but Zenit represent a step up in class compared to much of the opposition Gaitan faces in domestic football.

The teams will be familiar to each other as they faced off in the group stage of last season’s Champions League. Zenit came out on top in both matches, winning 1-0 and 2-0, so Benfica’s players may well be out for revenge in this intriguing knock-out stage fixture.

Nicolas Gaitan, valued at $5,200 on DraftKings for the home game against Zenit, has emerged as Benfica’s star man over the last few months and this year’s Champions League is a genuine chance to show off to the planet that he is a world class talent.

The 27-year-old scored three goals and provided an assist in the group stage, earning a very high WhoScored rating of 7.95, by far his team’s best performing player in the competition this season. Gaitan has not been a regular goalscorer in the Portuguese league this year, which suggests he has been saving his best football for Champions League nights. That could make him an appealing choice for daily fantasy football players.

Versatile Brazilian Jonas is a key player for Vitoria, able to play as a traditional striker or on the flank, while he has even been selected in the hole for some matches. At 31 Jonas is one of the most experienced players in the Benfica team, although, like many of his teammates he is yet to prove himself at the very highest level of European competition. Jonas provided two assists and chipped in with a goal in the group stage, while his pass completion rate was a fine 81.4 per cent.

Benfica’s main goal threat is arguably Raul Jimenez, and if they are to beat Zenit, the Mexican is the man Vitoria will look towards to score the goals. Jimenez only started four of Benfica’s six group stage fixtures but he scored twice, adding a further two assists, displaying his growing importance to the Portuguese champions.

« Will Awesome Ashley be Swans Saviour ?