Euro 2016: What We Learned From The International Friendlies 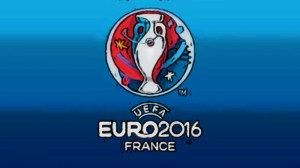 The recent international break was frustrating for football fans, coming just a few short weeks before the end of the league season.

However, national teams welcomed the chance to run the rule over some new faces and tweak their tactics for this summer’s Euro 2016, which are now only a couple of months away.

Hosts France look in good shape after wins over Netherlands and Russia, while Italy’s hopes were dashed by a 4-1 thrashing at the hands of World Cup winners Germany.

Let’s take a look at how the groups are shaping up for Euro 2016.

France beat Netherlands 3-2 and followed that victory up with a 4-2 battering of Russia, with Dimitri Payet and N’Golo Kanté both marking their first call-ups with birthday goals – jelly and ice cream all round.

Didier Deschamps’ side are understandably among the favourites given the huge amount of young French talent breaking through, but with a question mark over Karim Benzema’s involvement due to off-the-field issues, France lack a top-class striker.

Anthony Martial has impressed since Deschamps introduced the Manchester United youngster into his side, but Benzema’s main understudy Olivier Giroud is out of form and unlikely to fire France to glory. Payet in particular has the potential to light up the event, with the West Ham playmaker having forced himself into the squad with a superb debut year in the Premier League.

Switzerland will fancy their chances of edging out Albania and Romania for second place in what looks to be one of the weaker groups in the tournament.

England’s optimism after a dramatic 3-2 win over Germany in Berlin ebbed away slightly after a 2-1 home loss to Netherlands, with coach Roy Hodgson left annoyed at queries over his side’s dodgy defence.

Jamie Vardy scored in both games to nail down his place in England’s squad for the finals, while there were also positive displays by in-form Tottenham duo Harry Kane and Dele Alli.

However, England’s top two goalkeepers – Joe Hart and Jack Butland – are both currently injured and their back-ups lack international experience. Hart should be back for Euro 2016, but Butland has fractured his ankle and will not be fit in time.

A home nations clash with Wales looks like one of the best games of the group stage, with Chris Coleman’s side boasting a genuine superstar in the form of Real Madrid winger Gareth Bale.

Slovakia and Russia complete the evenly-matched Group B, which could be the tightest section.

World Cup champions Germany have lost many of their key players to international retirement, while Manchester United boss Louis van Gaal has revealed that Germany’s captain Bastian Schweinsteiger could miss the finals with a knee injury.

Mario Götze appears to have gone backwards since scoring the winner in the World Cup final, while Mario Gomez could earn the chance to start up front after a great season with Besiktas. Germany also boast one of the great poachers, Thomas Müller, who always seems to be in the right place at the right time, plus Manuel Neuer, who is arguably the world’s best goalkeeper.

Joachim Löw has led Germany since 2006 and during his decade in charge the nation has reached at least the semi-finals of every international tournament – they are a safe bet to do well.

Germany face a test against neighbours Poland – who have Bayern Munich’s star striker Robert Lewandowski – while Northern Ireland and Ukraine are likely to be battling for third place.

Spain may be undergoing a difficult transitional period after their horror performance at the World Cup in Brazil, but they have won the last two European Championships and must be respected.

Vicente del Bosque is a coach of huge experience but he has some big decisions to make, particularly in goal where Manchester United’s David de Gea could finally usurp Iker Casillas. 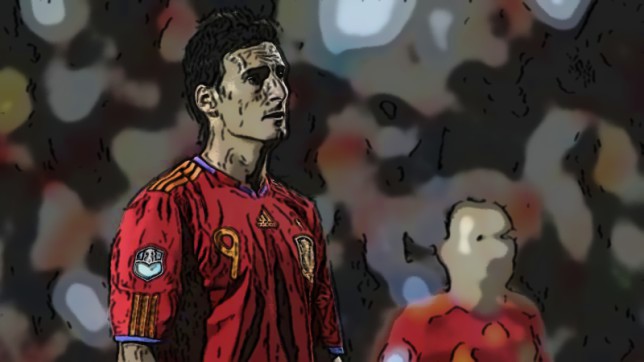 Del Bosque could also put his faith in the veteran striker Aritz Aduriz, who has been in blistering form for Athletic Bilbao this season and scored on his international recall against Italy.

Spain are in perhaps the toughest group, with Croatia, Czech Republic and Turkey all likely to fancy their chances of making it deep into the competition. It would not be a shock if Spain were to win the tournament for the third time in a row, but equally it would not raise too many eyebrows if they went out in the groups given their shambolic showing at the World Cup.

Italy can never be ruled out when international tournaments come round, but like France they look to lack a top-class striker despite their strength in depth in defence.

Even at 38, Gigi Buffon is one of the world’s outstanding goalkeepers and outgoing national team coach Antonio Conte is likely to use as many Juventus defenders as possible given their strength.

Group E is perhaps even stronger than Group D, as it features the currently world number one side Belgium. Marc Wilmots’ side may have done little to deserve that lofty FIFA ranking, but they certainly have quality players, although there are doubts over the fitness of stars such as Vincent Kompany and Kevin De Bruyne in particular.

Republic of Ireland will not be planning to make up the numbers, while Sweden – whose captain and record goalscorer Zlatan Ibrahimović could be playing his final international tournament – will also pose a threat.

Portugal should win Group F, which has a wildcard in the form of Iceland, who were extremely impressive during the qualification stage.

Cristiano Ronaldo will be desperate to add international success to his haul of club medals, with the Real Madrid star no doubt still remembering his heartbreak from the Euro 2004 final, when Portugal were shocked by Greece in the final.

Portugal looked strong in a 2-1 win over Belgium, with Ronaldo on the scoresheet, but Iceland – who are a genuine team rather than a superstar and 10 others, an accusation that is regularly levelled at Portugal due to Ronaldo’s spotlight-hogging presence – should not be taken lightly.

Austria and Hungary are the other sides in Group F and it is difficult to see either nation progressing far into the tournament, although Austria’s reliable David Alaba, who plays his club football with Bayern Munich, has the potential to be one of the breakout stars of the competition.

« Singing from the same song sheet