A kind draw has given Ukraine hope that they could make it to the knock-out stage of the European Championship for the first time in the history of the national team.

Germany will be expected to win Group C relatively easily but second place looks up for grabs, with Poland and Northern Ireland the other teams hoping to progress into the next phase.

Experienced coach Mykhaylo Fomenko has led Ukraine since December 2012 and he has a fine record, with a solidly respectable effort at Euro 2016 the cherry on the cake for the 67-year-old.

Around half of the Ukraine team has been retained from their Euro 2012 campaign and they have one of the oldest squads in the competition as a result, but they come to the finals in good form, having won four of their last five international matches.

Fomenko sometimes faces criticism for setting his side up too defensively and relying on his two star players, Andriy Yarmolenko and Yevhen Konoplyanka, to create something out of nothing. 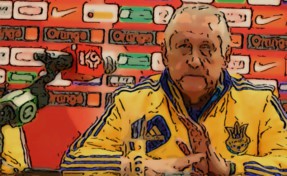 Results speak for themselves, however, and seven clean sheets in the qualifying group suggests Ukraine will again be difficult to break down at the finals, although they lack a regular goalscorer at the other end of the pitch.

A wide range of holding midfielders are available to Fomenko, with two likely to protect the defence in what will be a 4-2-3-1 in attack but very much a 4-5-1 in defence, with both Yarmolenko and Konoplyanka sitting deep when Romania do not have possession.

Yarmolenko and Konoplyanka are absolutely guaranteed to be in the starting line-up for Ukraine’s opening match, against Germany in Lille on June 12, with most of the other places in the team having already been nailed down as well. 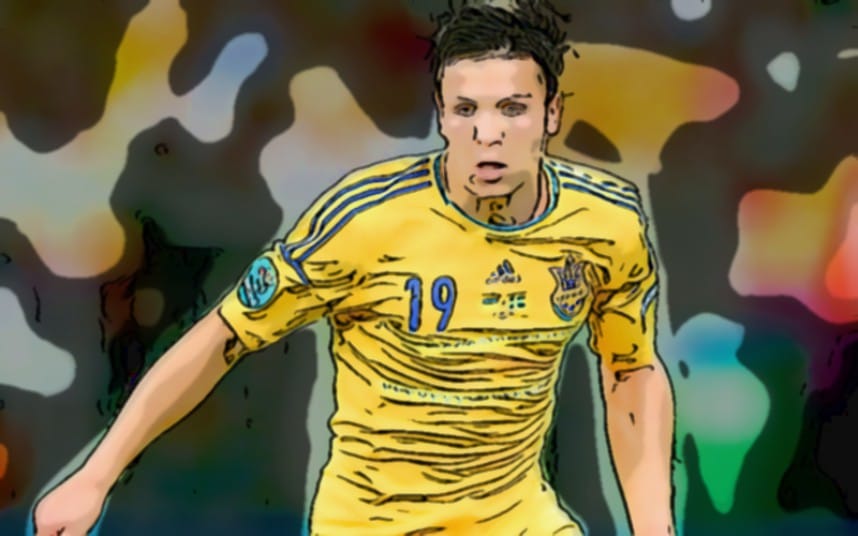 Shakhtar Donetsk’s Taras Stepanenko will be a steadying influence in midfield, while rangy midfielder Denys Garmash of Dynamo Kyiv is another key player to look out for at Euro 2016.

Ukraine’s number one goalkeeper is set to be Andriy Pyatov, one of the many Shakhtar players to have been named in Fomenko’s final 23-man squad.

Pyatov, 31, already has 64 caps for his country and his spot is assured due to the lack of experience in the back-ups, Denys Boyko (Beşiktaş) and Nikita Shevchenko (Zorya Luhansk), the latter of which is uncapped going into the tournament.

Artem Fedetskiy is expected to be Fomenko’s first choice right-back at Euro 2016, with the place on the left likely to be given to Vyacheslav Shevchuk. However, although Shevchuk featured heavily throughout the qualifying campaign, he is now 37 and may be usurped in the team by Shakhtar’s versatile defence Bohdan Butko, who can play on either side. 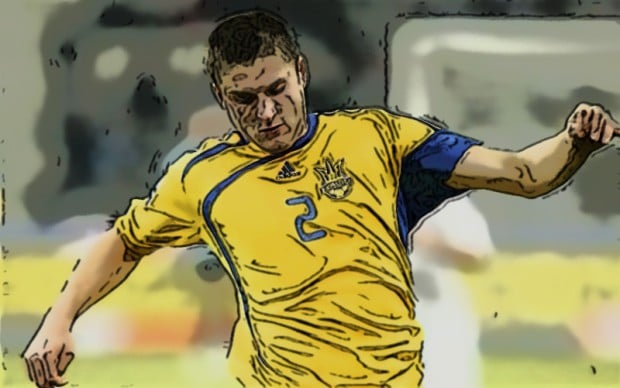 The two central positions are virtually set in stone, with Yaroslav Rakitskiy lining up alongside Yevhen Khacheridi in the heart of a defence that was incredibly hard to breach in qualifying.

Stepanenko is the key central midfielder in the Ukraine squad and he is a terrific midfield anchor, allowing the more creative players in the side to spring rapid counter-attacks. Stepanenko is more than just a defensive destroyer, though, as his range of passing is vital to Ukraine’s play too.

There is no doubt Yarmolenko and Konoplyanka will be selected on the wings for Ukraine, but one subplot to keep an eye on at the finals is the relationship between Yarmolenko and Stepanenko.

Yarmolenko was shown the red card after kicking his international colleague during a match between Dynamo and Shakhtar in May.

The pair publicly made up, but resentment could well be lurking under the surface.

Serhiy Rybalka of Dynamo Kyiv is likely to partner Stepanenko in front of the back four, with Dnipro’s Ruslan Rotan taking the number 10 role behind Ukraine’s solitary striker.

The forward role is certainly up for grabs but Dnipro’s Roman Zozulya seems to be in pole position to start for Ukraine at Euro 2016, although he has scored just four goals from 25 appearances for his national team to date.

Yevhen Seleznyov is the main alternative to Zozulya, who recently returned to action from a serious knee injury and may not yet be fully fit.

Seleznyov has 11 international goals and he is a powerful player who can cause problems for defenders due to his excellent physical strength.

The final striker named in Fomenko’s squad is target man Pylyp Budkyvskyi, who earned his place after scoring 14 Premier League goals, although he is yet to open his account for Ukraine.

Ufa’s attacking midfielder Oleksandr Zinchenko became Ukraine’s youngest goalscorer in the warm-up games and he could be a great game-changing option from the bench, while the vastly-experienced midfielder Anatoliy Tymoshchuk will be used sparingly by Fomenko.

Another young talent who may feature is Viktor Kovalenko, who starred at last summer’s Under-20 World Cup, hitting a hat-trick and finishing the tournament as its joint-top scorer.

Ukraine’s defensive cover is provided by Olexandr Kucher, another of the clutch of Shakhtar Donetsk players to have been included in the squad.

Rybalka is the main set-piece specialist in the Ukraine squad and he will be expected to step up for most of the free-kicks within striking distance of goal, but star players Yarmolenko and Konoplyanka may also fancy their chances of scoring direct from a set-piece too. 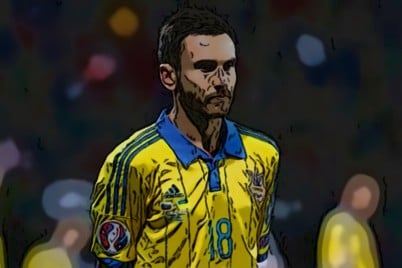 Captain Rotan, who recently became Dnipro’s record appearance maker, is another set-piece option on offer to Fomenko, with a good range of players available for free-kicks and corners.

Yarmolenko and Konoplyanka look set to battle for penalty duty too, but both men have missed for their country before.