Turkey are one of the most exciting teams at Euro 2016 and if their game comes together at the finals they could well be dark horses.

A fine 13-game unbeaten run came to an end when Turkey suffered a narrow defeat at the hands of England in a pre-tournament warm-up game, but this is a side that is high on confidence.

Fatih Terim is now in his third spell as coach of Turkey and eight years ago he led the team to the semi-finals of Euro 2008.

Although Turkey only made it to the finals as the best third-placed finisher in qualifying, they should be thrilling to watch at Euro 2016, where they face Croatia, Spain and Czech Republic.

Turkey look set to line up in a 4-2-3-1 formation, which appears likely to be by far the most common formation on show at Euro 2016 as it continues to be a firm favourite among coaches. 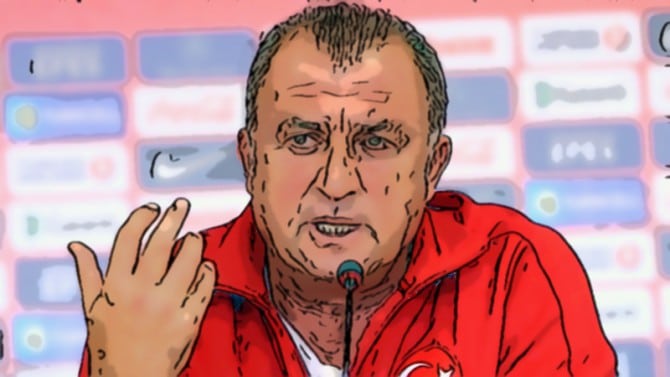 Terim’s choice of strikers is not great, so he could well opt to use a front nine at the top of his attack, with Hakan Çalhanoğlu perhaps the most likely candidate to fill the role.

An indication of Terim’s plans could be seen in his dropping of winger Gökhan Töre from his initial preliminary squad, although the Beşiktaş player was suspended for the first two games anyway.

Çalhanoğlu will play, although it is unclear exactly where he will be selected by Terim, while Barcelona winger Arda Turan will also be in the side for the opening game against Croatia in Paris, despite struggling to break through for the La Liga champions.

Mehmet Topal, Oğuzhan Özyakup and Nuri Şahin are also highly likely to be selected by Terim.

Turkey’s number one is the 27-year-old stopper Volkan Babacan, who plays his club football for İstanbul Başakşehir and has 16 caps to his name since making his debut two years ago.

Trabzonspor captain Onur Kıvrak is the number two with 12 caps, while third-choice option Harun Tekin got the nod despite being uncapped.

He was chosen ahead of the likes of Tolga Zengin (Beşiktaş), Muammer Yıldırım (Mersin İdmanyurdu) and Mert Akyüz (Adanaspor), with Volkan Demirel surprisingly left out.

Fenerbahçe’s defensive midfielder Topal typically lines up in the back line for Turkey and he will do so again at Euro 2016, especially as Bursaspor centre-back Serdar Aziz was left out of the final 23-man squad due to carrying a groin injury.

Topal’s club team-mate Gökhan Gönül will likely be chosen at right-back, with the left-back spot expected to go to a third Fenerbahçe player, Caner Erkin. Topal’s partner could well be Hakan Balta, who plays for Galatasaray and has 45 caps for his country. Balta is one of three players – along with Topal and Turan – who were a part of Turkey’s successful Euro 2008 squad.

Selçuk İnan shields the Turkey defence, with Şahin looking to be his most likely partner, but Turkey’s team gets more exciting in the fluid front three who will rotate behind the attacker.

Özyakup made little impact in his time at Arsenal but has been compared to Zinedine Zidane by former Turkey international Rıdvan Dilmen, with the Beşiktaş playmaker arguably his team’s key man, although Çalhanoğlu certainly rivals him for that claim.

Captain Turan will start on the right side of the attacking three, while there is also likely to be a place in the midfield for 21-year-old Ozan Tufan, who played all 10 games in Turkey’s dramatic qualifying campaign.

Burak Yılmaz’s decision to leave Turkey to play in China for Beijing Guoan appeared to throw his future in the national team into doubt, but he has been included in the Euro 2016 squad and his international record is excellent, having hit 19 goals in just 43 games for his country. 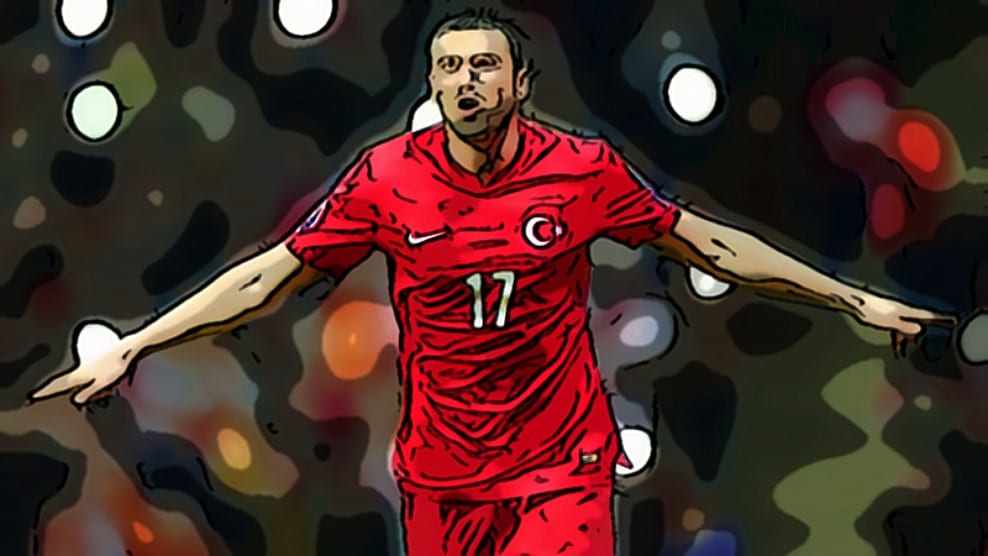 Cenk Tosun of Beşiktaş is the other main striking option in the team, but he is considered to be a supersub. Çalhanoğlu could play as a false nine, freeing up another spot for an extra midfielder.

Tosun is the back-up striker for Mario Gomez at Beşiktaş and he plays a similar role for Turkey behind Yılmaz, having scored three goals in only nine appearances for his national side to date.

Yunus Mallı is hugely versatile and could fill a number of different roles from the bench, with the Mainz attacker linked with a big money move to one of Europe’s elite clubs this summer. Mallı is another potential false nine option, should Terim elect to explore that tactical possibility in France.

Volkan Şen of Fenerbahçe is an exciting wide player, while Olcay Şahan from Beşiktaş can also play on the wing. Nordsjælland’s Emre Mor, just 18 but a huge talent, is extra midfield cover.

Çalhanoğlu is one of the most famous free-kick takers in Europe, but the 22-year-old has a lot of competition for set-pieces in his national team.

Inan’s dramatic 89th minute free-kick against Iceland sealed Turkey’s place at the finals, while Özyakup’s deliveries are one of his team’s most dangerous attacking threats.

The main penalty taker for the team is probably Yılmaz, who has scored 16 penalties during his career, although Inan has only missed one spot-kick, converting the other 25 he has taken.