Poland could well be dark horses at Euro 2016, but first they must find a way through a group that features minnows Northern Ireland, as well as neighbours Germany and Ukraine.

A run of five wins in a row has increased confidence among Poland fans, who boast a genuine A-list talent in the form of Bayern Munich’s irrepressible striker Robert Lewandowski. 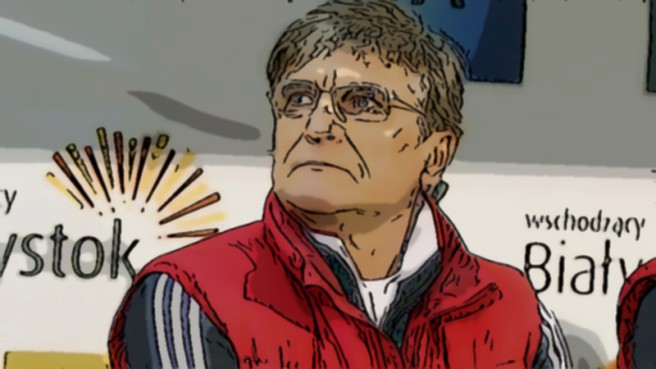 Poland went out in the group stage at both Euro 2008 and 2012, but should be targeting a quarter-final place in France this summer.

Nawałka is aiming to lead Poland to the knock-out stages of a major tournament for the first time since 1986 and he looks likely to be among the many managers using 4-2-3-1 at Euro 2016.

Poland’s team looks exciting and creative, with Lewandowski supported by three energetic midfielders who will also look to get forward as much as possible.

Germany will be very familiar opponents for Poland, as they came through the same qualifying section, with Germany finishing top and Poland in second place.

Lewandowski will lead the line for Poland, with Grzegorz Krychowiak, Jakub Błaszczykowski and Łukasz Piszczek among the other star names in the squad who are guaranteed starters, although Krychowiak is currently carrying a muscle injury. 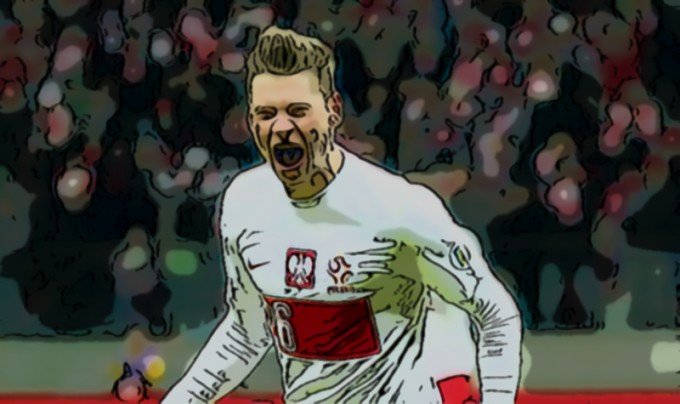 Poland get underway with arguably the easiest game of their group, facing Northern Ireland in Nice on June 12, but the match against Germany on June 16 in Saint-Denis will be pivotal.

Artur Boruc (Bournemouth) is the most experienced of the three goalkeepers selected by Nawałka, but he is expected to be third-choice despite having 63 international caps.

The Poland number one is expected to be Łukasz Fabiański of Swansea City, who used to deputise for Roma’s Wojciech Szczęsny when the pair were both on the books at Arsenal.

The defence looks to be the weakest area of the Poland team. They kept four clean sheets in qualifying, although two of those games were against Georgia and one came versus Gibraltar.

Piszczek will provide width from right-back, with Jakub Wawrzyniak of Lechia Gdańsk likely to be selected on the other side of the pitch.

Nawałka is expected to go with Kamil Glik, who plays Serie A football for Torino, alongside Legia’s Michał Pazdan as his two centre-backs at Euro 2016.

Sevilla’s Krychowiak anchors the Poland midfield and he is likely to be joined by Tomasz Jodłowiec of Legia in a double-pivot that sits in front of the team’s worryingly leaky back line.

Błaszczykowski will play narrowly on the right side of the attacking front three, cutting inside to make room for his former Dortmund team-mate Piszczek, with Rennes’ Kamil Grosicki on the left.

Providing central support for Lewandowski will be the talented 22-year-old Arkadiusz Milik of Ajax, who hit 24 goals in 41 games this season. Milik plays up front for his club but drops in behind Lewandowski for his country, although the pair can alternate.

Lewandowski had a superb season with Bayern Munich, scoring 30 goals from 32 appearances in the Bundesliga, and he will be looking to add to his terrific international record.

The 27-year-old, who is also Poland’s captain, has hit 34 goals in 75 games for his country to date and he should be in the prime of his career.

Poland’s reliance on Lewandowski is so great that Nawałka has only selected one other striker apart from Milik, Mariusz Stępiński of Ruch Chorzów.

Piotr Zieliński is one of Poland’s most exciting young players, with Empoli’s 22-year-old midfielder having scored three times in his 13 caps for his country, while Nawałka can also call upon the likes of Sławomir Peszko (Lechia Gdańsk) and Cracovia’s Bartosz Kapustka as wide options.

Back-up centre-backs Thiago Cionek and Bartosz Salamon have just 11 caps between them, while cover for the full-backs comes from Legia’s Artur Jędrzejczyk.

Lewandowski does not often get the chance to take direct free-kicks for his club, but the Poland captain often pulls rank when set-pieces around the box are awarded, making him an even more appealing fantasy football selection for this summer’s tournament.

The striker is also a reliable penalty taker and he has scored 15 times from the spot over the course of his career, missing on just three occasions, with four conversions coming for Poland. 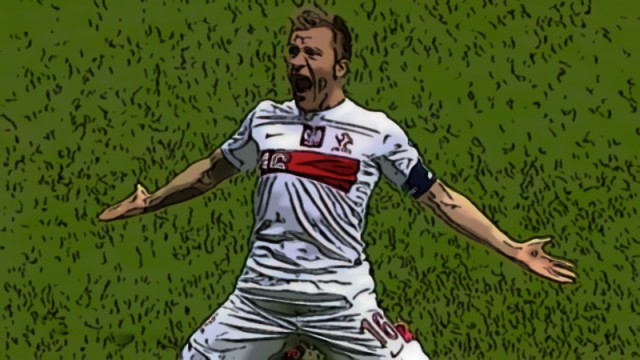 Corners look likely to be the responsibility of Błaszczykowski, with Glik a threat in the air – the centre-back has scored three goals for Poland so far, from 39 caps for his country.