Northern Ireland were one of the big surprise packages in qualifying, with Michael O’Neill’s side now preparing for the nation’s first major international tournament in 30 years.

Facing Ukraine, Poland and Germany in the group stage is sure to be a huge challenge for Northern Ireland, who only have a few top-division players included in their 23-man squad.

O’Neill has tested a number of different formations, including 4-3-3 and 3-5-2, but his usual go-to system is for Kyle Lafferty to start up front alone, with a packed midfield in a 4-1-4-1 shape. 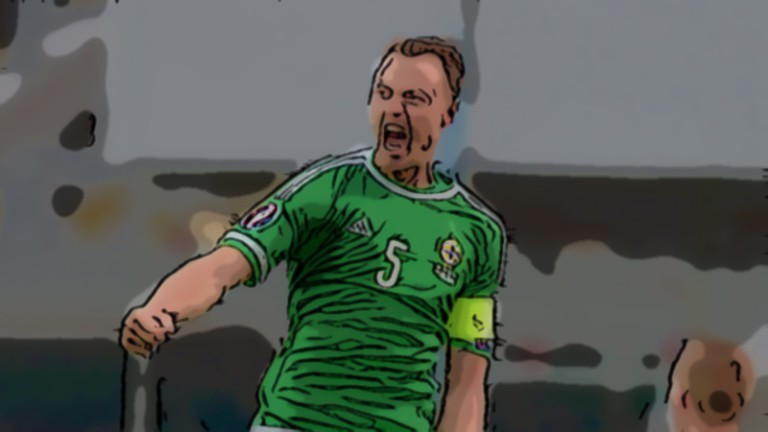 Northern Ireland will work harder than perhaps any other side at Euro 2016, but they are highly reliant on Lafferty for their goals. Set pieces will also be a threat as the likes of Jonny Evans and Gareth McAuley come up from the back.

Despite using the pre-tournament friendlies for experimentation, with debuts handed to the likes of Queens Park Rangers forward Conor Washington, O’Neill will stick mostly with the players who helped Northern Ireland to top Group F in qualifying.

Steven Davis will be the midfield lynchpin for Northern Ireland at Euro 2016, while Lafferty will lead the line. At the back, Evans and McAuley will be the key figures whether O’Neill decides to opt for a back three or a more typical four-man defence.

Roy Carroll has started the last two Northern Ireland matches and the former Manchester United goalkeeper is expected to be selected in goal by O’Neill at Euro 2016. 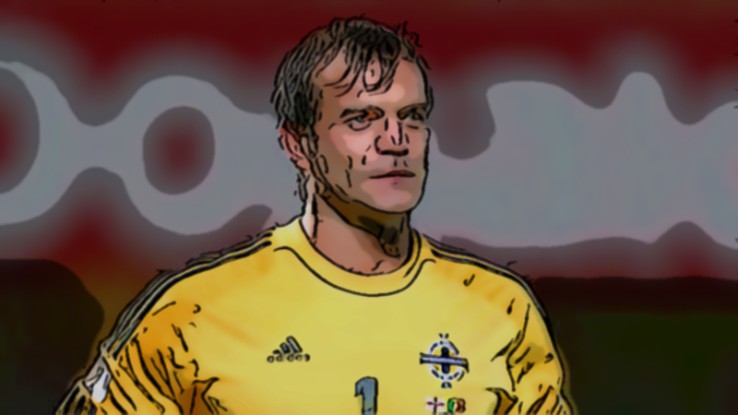 At the age of 38, Carroll is one of the most experienced goalkeepers at the finals, but there is plenty of pressure on his place from Michael McGovern, who plays for Hamilton Academical.

Carroll helped to keep Northern Ireland’s unbeaten run – currently standing at 11 games – alive when he saved a penalty in a recent 1-0 victory over Slovenia. That unbeaten run is the longest in the nation’s footballing history.

The third-choice keeper in the squad is Alan Mannus of St Johnstone, who has just eight caps.

Should O’Neill decide to use a back three, Evans and McAuley are likely to be joined by Watford’s Craig Cathcart, but Cathcart could be asked to fill in at left-back if a four-man back line is used at the championships.

On the right, Lee Hodson of MK Dons and Fleetwood Town’s Conor McLaughlin are vying to be selected, with Chris Baird another option, although he is likely to be picked in midfield.

Fulham’s Baird typically sits in front of the Northern Ireland defence, adding an extra layer of protection for O’Neill’s side, while the team’s captain Davis has a little more licence to get forward.

Oliver Norwood is most likely to get the nod alongside the duo and he is a threat with shots from long distance, while he will also compete with Davis to take set pieces for Northern Ireland, although Blackburn Rovers midfielder Corry Evans is pushing for a place in midfield too.

Out wide, Aberdeen’s Niall McGinn is a favourite of O’Neill’s and could play on the left, while Stuart Dallas might be picked on the right due to his prodigious work-rate and decent goal threat.

Lafferty is a certainty to start up front whatever formation O’Neill opts to use at Euro 2016, with the striker a perfect representation of why this side has been so successful. 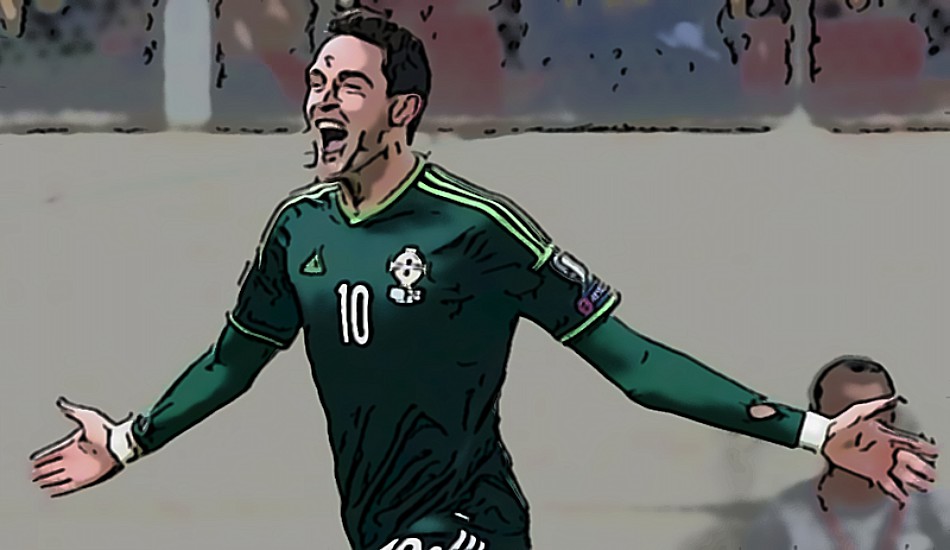 The Norwich City forward has struggled for game-time, even as his team slipped out of the Premier League, while he has bounced around a number of different clubs in recent years but Lafferty has 17 goals from 50 caps for Northern Ireland – a fine record for a smaller nation – and if they are to make it through the group stage, the 28-year-old will have to find his best form.

Should O’Neill decide to give Lafferty a strike partner, his choice is between Washington and Wigan Athletic forward Will Grigg, who has one of the best chants in football.

O’Neill can call upon the likes of Jamie Ward and Shane Ferguson if he needs to change a game, but it is the selection of Grigg who has most Northern Ireland fans excited for the Euros.

“It was a hard choice between Will Grigg and Liam Boyce,” O’Neill said when announcing his squad in Belfast. “Will just kept on scoring – 28 goals for his team and helping them to promotion. While it was difficult decision, I think it was the right one.”

Lafferty, Washington and Grigg were all on target in the recent 3-0 win over Belarus, while at the back, cover comes from the talented Manchester United youngster Paddy McNair, as well as the 36-year-old Aaron Hughes, now of Melbourne City, who has 99 caps for his country.

Davis will take the majority of Northern Ireland’s set pieces at Euro 2016 and his delivery from corners is particularly astute, with McAuley and Evans the main targets for his crosses.

The Southampton midfielder is also a threat from direct free-kicks, with Norwood another possible option from set-pieces around the box.

Lafferty may well demand the right to take penalties as his side’s leading goalscorer – he has almost as many Northern Ireland goals as the rest of the squad combined – but Davis could also take responsibility for his side’s spot-kicks.