Current World Cup champions Germany have been made second-favourites to lift the Euro 2016 trophy and, with arguably the strongest squad in the tournament, they have a great chance.

Joachim Löw is without key attacker Marco Reus through injury, but his attack is packed with genuinely world-class talent and he has perhaps the most reliable defence and goalkeeper in the competition too.

Germany have won the competition a joint-record three times, so they will make history if they triumph in France this summer. Löw has also led his side to at least the semi-finals of every major tournament since he took over in 2006, so he has plenty of championship experience to call upon.

However, Germany have lost four of their last six internationals, so what should Euro 2016 fantasy football players be looking for in their squad?

Löw has often played with a false nine since the retirement of the prolific striker Miroslav Klose, but the return to form of Mario Gomez gives him a great option at the top of the team’s attack.

Germany look likely to play a 4-2-3-1 at the Euros, but it is unclear at this stage whether Löw will opt for Gomez’s direct threat or the more subtle skills of Mario Götze in attack.

The absence of Reus reduces pace from the Germany attack so perhaps they will favour a patient, probing passing style, which could suit the brilliant playmaker Mesut Özil.

Julian Brandt, Karim Bellarabi and Sebastian Rudy were cut from Löw’s provisional squad, perhaps giving an indication of his plans for the tournament.

Götze’s place in Germany the team seems secured after Reus was not selected in Löw’s final 23 due to injury, while Özil and Thomas Müller also seem certainties to start.

Löw has spoken about needing two teams at the finals – one for the group stage and one for the later games in the knock-out phase – so it is possible he will employ heavy rotation against Ukraine, Poland and Northern Ireland in what should be a relatively comfortable group stage.

Goalkeeper Manuel Neuer seems certain to play, with Mats Hummels and Jérôme Boateng also assured of their places in the heart of the Germany defence.

Neuer is Germany’s number one by a long distance, although the Bayern goalkeeper has not had the best campaign of his glittering career for his club.

However, Leno and ter Stegen have just six international caps between them, whereas Neuer could pass 70 caps during the tournament if Germany go deep into the competition.

Full-back is arguably the main weakness in the Germany team, with the retirement of Philipp Lahm leaving a gap that Löw has struggled to fill.

Borussia Dortmund’s Matthias Ginter and Marcel Schmelzer were both ignored by Löw, but Bayern’s Joshua Kimmich could fill in at right-back, with Emre Can of Liverpool another option. 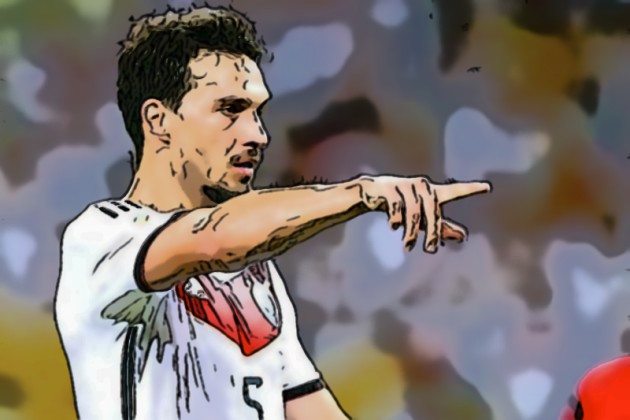 Jonas Hector is the squad’s specialist left-back, but Löw has often selected Schalke’s Benedikt Höwedes in that spot. The picture in the middle of Germany’s defence is much more clear-cut, with Hummels partnering Boateng unless Löw elects to spring a major surprise.

Midfield is undoubtedly Germany’s strongest area of their squad and Löw’s problem here will be who he has to leave out, rather than who he can pick.

Captain Bastian Schweinsteiger has not played for Manchester United for over two months and may be kept back for big games later on, with Sami Khedira protecting the defence instead.

Khedira’s partner in the group stage seems most likely to be Toni Kroos of Real Madrid, while Özil appears certain to feature in the number 10 role.

That would leave Müller and Götze to play either side in a fluid, rotating three behind the forward.

Gomez is the most obvious choice if Löw elects to use a traditional striker at Euro 2016, but it seems just as likely that he opts for a false nine, with Müller and Götze contenders for the role.

With 31 goals from 70 international matches, Müller is a huge threat wherever he is selected and he has a knack for being in the right place at the right time to score a crucial goal for his side.

Should the false nine option be preferred, that would open up a place in midfield that could go to either Schalke’s Leroy Sané or Julian Draxler of Wolfsburg.

Gomez will be hoping he is in Löw’s first team, but if not he will be one of the more fearsome attacking bench options in the tournament, with 27 career goals for Die Mannschaft.

Another forward option in reserve is the powerful Galatasaray striker Lukas Podolski, whose 127 caps at the age of 30 make him the most experienced member of the squad.

Julian Weigl had a breakthrough season at Borussia Dortmund and he appears to be ready to make an impact for his country, while defensive cover comes from Shkodran Mustafi of Valencia and Roma’s new signing Antonio Rüdiger.

Germany are spoiled for choice when it comes to set pieces, with Özil’s crossing ability perhaps meaning he will get the nod from indirect free-kicks.

Set-pieces within shooting range are more likely to be taken by Götze, while Schweinsteiger is another contender for taking free-kicks as well, if he is fit enough to play a part at the finals. 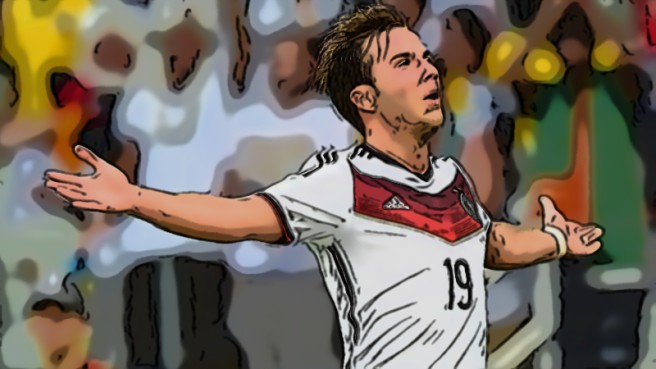 The Germans are famous for their unerring ability from penalties and again there are a number of players who could step up, with Schweinsteiger and Müller the most regular takers in the squad.

Schweinsteiger has scored five of his nine career penalty goals while playing for his country, although he missed one in the qualifying campaign, against international new boys Gibraltar.