Expectations are low for Hungary, although they could be entertaining at Euro 2016 as coach Bernd Storck has named a squad packed with attacking talent.

Hungary’s draw could have also been a lot worse. They face Portugal in their last group fixture, but games against Austria and Iceland should not be considered too daunting. It is likely that Hungary’s fate will be decided in those opening two matches, both of which are very winnable.

Travelling to their first major final tournament since the 1986 World Cup, Hungary’s attack can be slow and predictable, but they pose a great threat from set-pieces.

German coach Storck favours a 4-2-3-1 formation – despite the surfeit of strikers included in his squad – and it is possible attackers could be fielded across the front line. 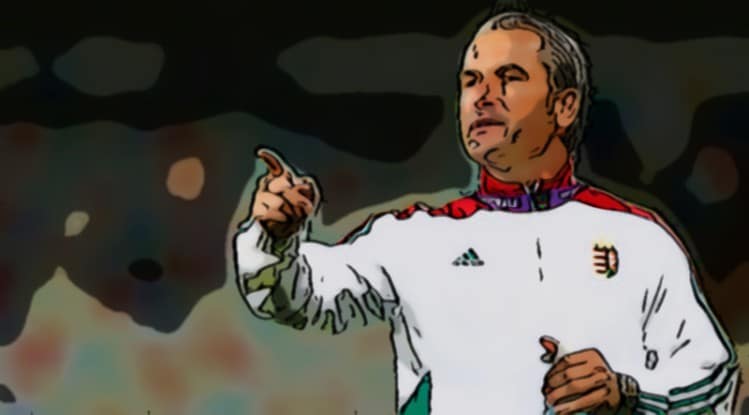 Hungary could well line up with two or three strikers in their side to add much-needed goal threat, while the shape can evolve into a 4-3-3 system when they are on the attack.

Possibly the weakest team in the competition on paper, Hungary have few star names but Storck got the best out of the group in qualifying and they could yet cause a shock or two at the finals.

Winger and captain Balázs Dzsudzsák is a certainty to be in the team for Hungary’s first game at Euro 2016, which is taking place in Bordeaux against Austria on June 14.

The other well-known player in the squad is veteran midfıelder Zoltán Gera, who has shaken off a recent injury scare and should start as part of the shielding pair in front of the back line.

László Kleinheisler of Werder Bremen has the potential to be Hungary’s breakout star of the finals, while the eccentric goalkeeper Gábor Király will take the gloves and become the oldest player in the history of the European Championship in the process.

Király – known for wearing grey jogging bottoms in goal – will add to his 100+ caps at this summer’s tournament, with the 40-year-old stopper capable of brilliance but also baffling mistakes. 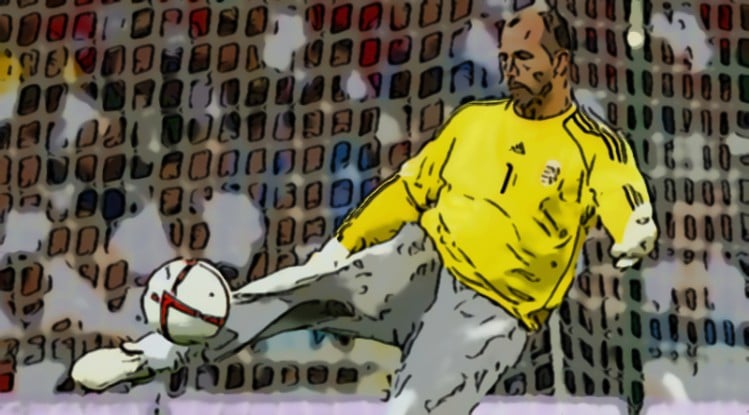 The Haladás goalkeeper has more international experience than any other player in the squad, while the cover options selected by Storck for the finals, Dénes Dibusz (Ferencváros) and Péter Gulácsi (Leipzig), have a combined six caps. Liverpool goalkeeper Adam Bogdan was left out.

Attila Fiola, who plays for Puskás Akadémia, is Hungary’s number one right-back going into the finals, with Lech Poznań’s Tamás Kádár likely to be named at left-back in the tournament.

The centre-back berths should be filled by Ádám Lang and Richárd Guzmics, who are relatively inexperienced at the top level, with just 10 and 13 national team appearances respectively.

Kleinheisler scored the winner on his international debut in the qualifying play-off against Norway and he has quickly become one of Hungary’s most important players, likely to be given a free role as a number 10 by Storck. 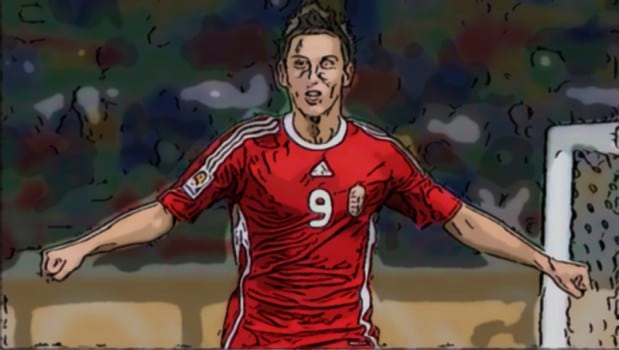 Gera will line up alongside Ferencváros team-mate Ádám Nagy in front of defence, with the wide roles likely to be filled by Dzsudzsák and versatile attacker Krisztián Németh (al-Gharafa).

Storck seems unsure of his first-choice striker, even with days running out before Hungary make their bow at the tournament, with Hannover’s Ádám Szalai apparently in pole position.

The 28-year-old has eight international goals from his 31 caps and is likely to get the nod over his main rival, Tamás Priskin of Slovan Bratislava, who has 17 goals for his country from 55 games.

Priskin would be a useful option off the bench if Szalai is selected as the lone striker in the team, with Storck also having Dániel Böde and Nemanja Nikolić as alternatives up front. Nikolić, who was prolific in the first half of the domestic campaign, could also take Németh’s place in the side as the 27-year-old is currently carrying an injury.

Set-pieces are a huge part of Hungary’s attacking threat and they scored more than half of their 14 qualifying goals from these situations. 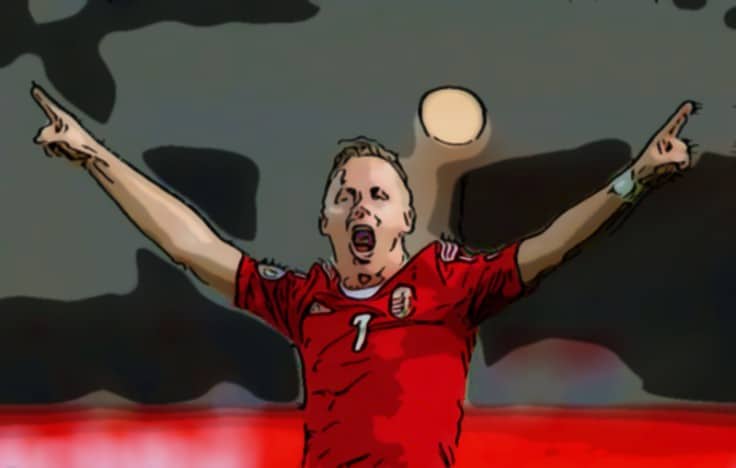 Five of them came from corners, so Lang and Guzmics could be goal threats from the back, while captain Dzsudzsák scored a stunning direct free-kick against Hungary’s arch rivals Romania in qualifying, showing off his excellent dead-ball ability in a massive game for his side.