England qualified for the 2016 finals in emphatic fashion, finishing the group with an unblemished record, after recording 10 straight victories. This 24-team renewal of the European Championships looks very open and anticipation is high among England fans that this may be their year. It is 50 years since the national side tasted their one and only success at a major finals but the emergence of a crop of promising youngsters augurs well for the upcoming tournament and the 2018 World Cup Finals

Fabian Delph, Danny Drinkwater and Andros Townsend were the three to miss out from the preliminary squad as Roy Hodgson packed his roster with an abundance of attacking pace.

In an article for WhoScored Jonathan Wilson puts forward a strong case for England to go with a 3-man midfield. However, if England’s qualifying campaign raised hopes of a first ever European Championship win for the Three Lions, their victory in Berlin against World Cup winners Germany, when they deployed a 4-2-3-1 formation, only added fuel to the fire and it may just sway Roy Hodgson to stick with it.

England were worthy winners in that friendly international, recovering from a 2 goal deficit, to emerge victorious thanks to a stoppage time goal from Eric Dier. The team displayed some impressive traits on the night – pressing as a unit and counter-attacking when the opportunity arose, by capitalising on an injection of pace that has long been missing from the England armoury.

Maybe it is the  blueprint Roy Hodgson will opt to go with in France. Jack Butland and Danny Welbeck started at the Olympiastadion but both miss the finals through injury so Wayne Rooney and Joe Hart are almost certain to start in their place. The other nine outfield players who started in Berlin that night have strong claims for a starting spot and Rooney could well play in the hole behind Harry Kane, with Dele Alli pushed out to the left and Adam Lallana on the right.

Joe Hart is England’s first choice goalkeeper having already surpassed the 50 cap mark and if England go deep into the tournament he is likely to amass a good few more in France.  The Manchester City stopper does have an error in him but when he’s good he is very good with Lionel Messi even going as far to describe his performance at the Camp Nou in March 2015 as phenomenal.

Back-up cover is provided by Fraser Forster and Tom Heaton.

Chris Smalling is likely to be partnered  by Gary Cahill in the centre-back positions. John Stones has had a difficult season and certainly wasn’t helped with all the transfer speculation linking him with that move to Chelsea. It could be a case of déjà vu this summer with Jose Mourinho now installed in the Manchester United hot-seat. Eric Dier’s versatility means he could also fill in across the back-line if needed. 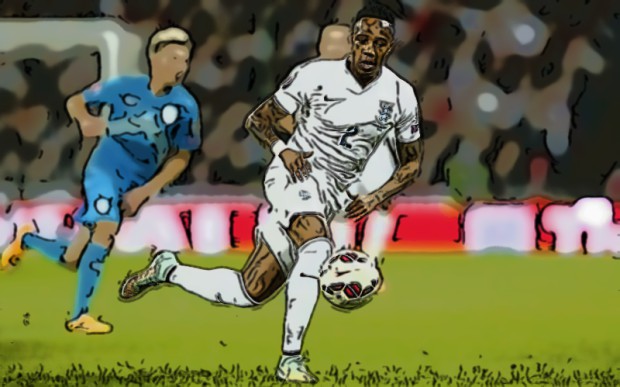 There isn’t much to choose between the full-backs but Nathaniel Clyne and Danny Rose may get the nod, in preference to Kyle Walker and Ryan Bertrand, partly due to the fact that the two players who are likely to occupy the positions directly in front of them, are their domestic club-mates.

Eric Dier and Jordan Henderson are likely to anchor England’s midfield with James Milner and Jack Wilshire waiting in reserve. Dele Alli and Adam Lallana are likely to fill the wider positions, although Ross Barkley might count himself a tad unfortunate should he miss out. Raheem Sterling hasn’t really lived up to all the hype following his big money move from Liverpool to Manchester City and is therefore unlikely to start.

Wayne Rooney will play in the hole behind Harry Kane. Jamie Vardy has had a sensational season but will more than likely have to make do with a spot on the bench. He could easily turn into a super-sub though, with his blistering pace sure to cause havoc if he’s called upon. Daniel Sturridge and Marcus Rashford complete the five spaces allocated to forwards.

Barkley and Vardy look the players most likely to be used to freshen up the side. Sterling has a point to prove and young Marcus Rashford, although most likely there just for the experience, would be an interesting wildcard if called upon. Daniel Sturridge and Jack Wilshere are arguably too injury-prone to start.

Rooney is likely to call most of the shots and looks to be the preferred option for penalties and direct free-kicks. Kane is a competent penalty taker as well while Barkley would be a genuine direct free-kick option if selected.

England lack a real dead ball exponent so Henderson may take the majority of corners. However, Hodgson has been experimenting with Harry Kane so the friendly against Portugal could well provide more clues as to who will assume the role once the Euros get under way.