Austria were among the most impressive sides of the qualifying campaign and they will be at the European Championship for only the second time, after they co-hosted the tournament eight years ago.

In David Alaba they have one of the most versatile and talented players at the finals, while a tight defence only conceded five goals in the qualifying campaign.

Coach Marcel Koller has a lack of tournament experience in his ranks, however, with just five of the squad he is taking to France part of Austria’s set-up at Euro 2008. Midfielder Valentino Lazaro, 20, was cut from the preliminary squad but is expected to play a big part in the coming years.

Austria’s draw sees them take on Hungary, Portugal and Iceland in Group F and second spot is certainly not out of their reach, with a knock-out place the goal for this well-organised group.

Koller sets his team out in a 4-2-3-1 formation, matching the shape that a lot of teams will be using at the finals this year, but it is Austria’s fantastic pressing that marks them out as contenders. 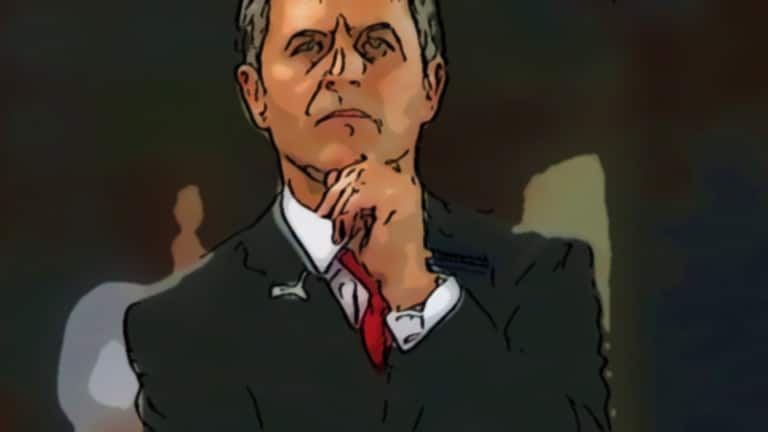 An energetic midfield will try to win the ball as high up the pitch as possible, while set pieces will be one of Austria’s main attacking threats and possibly provide their best chances to score goals.

The Austrian formation will be flexible and the shape can easily morph into 4-3-3 when they are on the ball, with purposeful forward passing likely to be driven by their key player, Alaba, with much of their best play coming down the left side of the field.

There is no doubting that Alaba is the star of this team and he has already won 45 caps for his country at the age of just 23. Alaba is likely to play in midfield, meaning captain Christian Fuchs, fresh from his unlikely Premier League title win with Leicester City can play at left-back.

Set-piece specialist Zlatko Junuzović is also a certainty to be in the Austrian team, with Bordeaux hosting their opening match of the tournament, against Hungary on June 14.

The number one goalkeeper for Austria at Euro 2016 will be Robert Almer of Austria Wien, who is one of only a couple of players who feature in the Austrian top-flight. Almer has 27 caps for his country and he holds the record for minutes without conceding a goal for the national team. 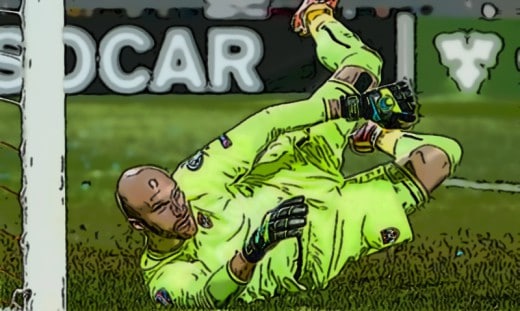 Cover for Almer comes from Heinz Lindner (Eintracht Frankfurt) and Ramazan Özcan (Ingolstadt), who both have eight caps for their country so far.

Austria are strong at the back, with Fuchs – the most experienced member of the squad with 74 caps – taking the left-back spot and Stuttgart’s Florian Klein lining up on the right side of defence.

The central positions will be filled by Aleksandar Dragović, who is comfortable on the ball, and his most likely defensive partner at the Euros is Martin Hinteregger, although his place has come under threat after a difficult domestic season.

Alaba is likely to take one of the two deep-lying midfield roles in the side but he gets forward too and is willing to shoot from distance regularly, with Mainz midfielder Julian Baumgartlinger usually his partner as the defensive shield. 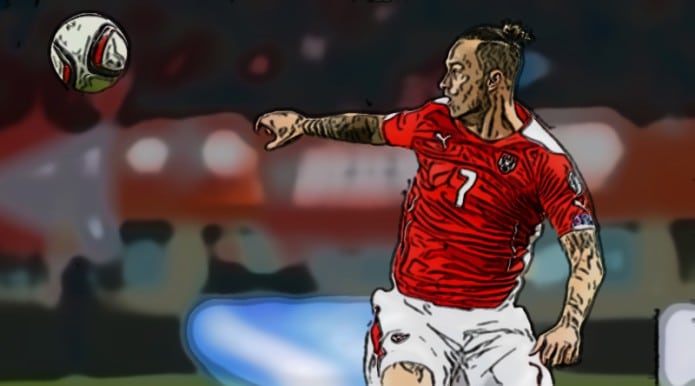 Junuzović will line up behind the strikers and the wide attackers for Austria at the finals are likely to be the unpredictable Martin Harnik, and Stoke City’s Marko Arnautović, who will be a major goal threat for his side off the flank.

Arnautović recorded 11 goals and six assists in what was a fine Premier League season for the 27-year-old – he could be a fine bargain selection for fantasy football players this summer.

Basel’s Marc Janko is expected to lead the line for Austria this summer, with an overhead kick against Russia one of the highlights of his team’s qualifying campaign.

Janko has scored 26 goals from 53 caps for his national side and, at the age of 32, this may be his last chance to play in a major international tournament.

The experienced performer has been prolific in the Austrian Bundesliga during his career, but the standard of football in his home country is fairly low.

Apart from Janko, Austria’s striking options look thin, but Lukas Hinterseer and Rubin Okotie will be out to impress. Kevin Wimmer and Sebastian Prödl are Premier League players with Tottenham and Watford respectively, showing the strength in depth Austria have at the back.

Cover in midfield is provided by Stefan Ilsanker, Jakob Jantscher, Marcel Sabitzer and Schalke’s Alessandro Schöpf, who is just 22 and one of the brightest prospects for the national team.

Junuzović, who was part of the Austria squad that came fourth at the 2007 Under-20 World Cup, is likely to take the majority of his side’s set-pieces, with the Werder Bremen midfielder a major threat from around the penalty area. 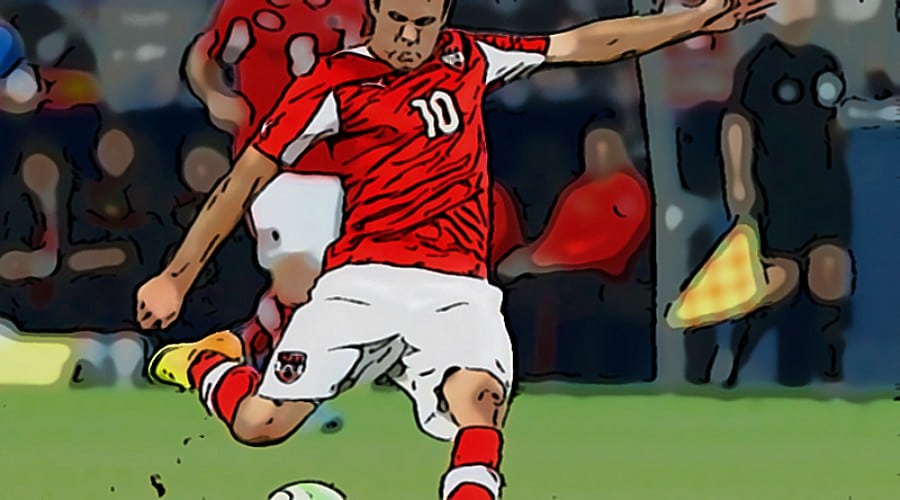 He faces competition for free-kicks from Alaba, who will take penalties for his side this summer.