Poland and Portugal get the quarter-finals of Euro 2016 under way on Thursday night, with the draw having opened up nicely for both of these teams.

Penalties were needed to split Poland and Switzerland in the last round, while an extra-time header from close range by Ricardo Quaresma meant Portugal squeezed past Croatia. 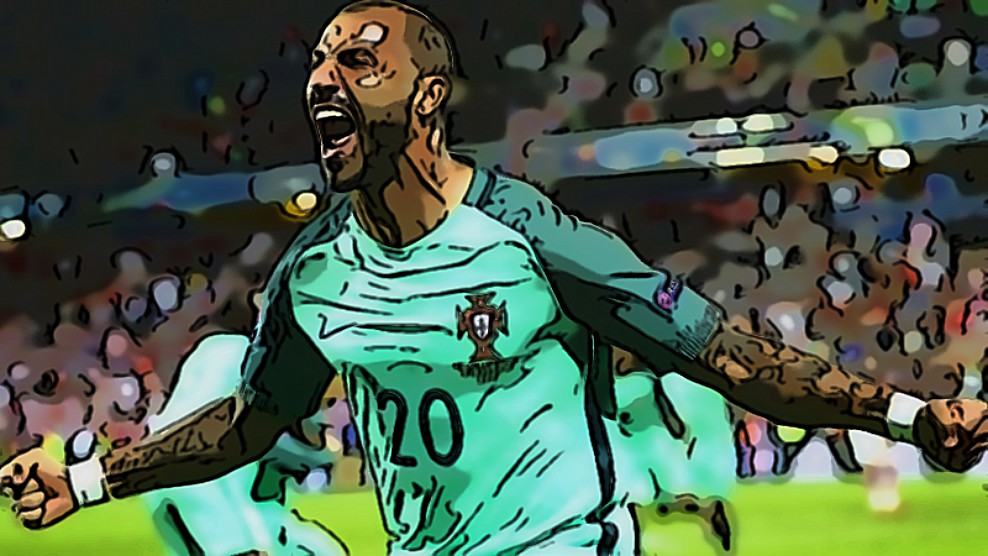 Neither of these teams have been particularly impressive in the tournament so far, but a place in the semi-finals is up for grabs regardless, with the expanded format perhaps contributing to the generally low standard of games on show.

Both of these teams are reliant on a star man who has struggled to fire at Euro 2016, with Robert Lewandowski goalless in four matches, while Cristiano Ronaldo’s two strikes in a thrilling 3-3 draw with Hungary – the best game of the championships – are his only goals at the finals so far.

The Selecção are at the quarter-final stage of the European Championship for the sixth time, more than any other nation, while Poland have come through the group stage for the first time.

There is just one match per day from here on in – so what do Euro 2016 fantasy football players need to know before picking their teams for the quarter-final between Poland and Portugal?

Friday’s quarter-final will be the first competitive match between Poland and Portugal since they were drawn in the same qualifying group for Euro 2008. Poland won 2-1 at home and drew 2-2 in Lisbon in that campaign, but it was a different story in the previous meeting to that double-header.

Poland and Portugal met in the group stage at the 2002 World Cup, when a hat-trick by Pauleta contributed to a 4-0 win for the Selecção. A few of the Poland players in the team for this clash will certainly remember that humiliation and they will be out for revenge as a result.

Overall, of the eight competitive matches between the two nations, there have been three wins apiece, with the other two games ending in a draw, suggesting the countries are evenly-matched.

Robert Lewandowski has been one of Poland’s worst players at the finals, according to WhoScored, but if his side are going to qualify for the semi-finals he will surely have to fire in this game. The Bayern Munich striker has looked completely out of sorts, with his touch and finishing letting him down on a regular basis, while strike partner Arkadiusz Milik has also missed a series of good chances.

With both strikers seemingly out of form, it is lucky for Poland that Jakub Błaszczykowski has been playing so well, scoring two goals and providing an assist so far at the tournament. The 30-year-old Borussia Dortmund player might just be his team’s key attacker in this match.

Łukasz Fabiański came into the tournament as Poland’s second-choice goalkeeper, but he has been outstanding while filling in for the injured Wojciech Szczęsny. Even if Szczęsny is fit to return, Fabiański – who was Szczęsny’s deputy at Arsenal – is likely to keep his place.

Poland coach Adam Nawałka can welcome back teenage midfielder Bartosz Kapustka after he missed the last game through suspension, while Grzegorz Krychowiak will continue to hold the midfield together. Krychowiak, reportedly a target for Paris Saint-Germain, has had a fine Euro 2016, rated at 7.43, but he does not typically score big points in fantasy football teams.

Lewandowski and Cristiano Ronaldo have had similarly below-par tournaments and the Real Madrid star has looked frustrated in France, although a brace against Hungary saw his side sneak through the group stage as one of the best third-placed teams.

Many Euro 2016 fantasy football players will still feel they have to pick Ronaldo due to the potential of him scoring huge points, but the budget could perhaps be spent better elsewhere. Nani is much cheaper than Ronaldo but he has also scored two goals at the tournament, while Quaresma has a goal and an assist at Euro 2016 so far.

Pepe is walking a disciplinary tightrope as another booking would rule him out of the semi-final, with Quaresma and William Carvalho in the same position. Portugal’s left-back Raphaël Guerreiro, who missed the Hungary game due to injury, has been one of their best players at Euro 2016, earning a WhoScored rating of 7.27.

Lastly, a wildcard fantasy football selection could be Bayern Munich’s recent signing from Benfica, Renato Sanches, who has been growing into the tournament. The teenager adds much-needed verve and thrust to a Portugal midfield that has, at times, looked slow and out of ideas.