Reaching the Euro 2016 quarter-finals is a massive achievement for Wales, who next face Belgium, the top-ranked team in the tournament, in Lille on Friday.

A 1-0 win over neighbours Northern Ireland was a hard-fought battle, Gareth McAuley’s own goal sealing it, while the brilliance of Eden Hazard saw Belgium through to the last-eight.

Belgium’s 4-0 win over Hungary was much closer than the scoreline suggests, with Hungary pushing for an equaliser before Hazard produced an assist, then a superb solo goal, within just three minutes of action.

Hazard will be the man Belgium look towards to make the difference again, but Wales have a superstar matchwinner of their own in the form of Gareth Bale.

Having scored in each of his team’s group games, Bale produced an undefendable cross that McAuley could only turn into his own net, to ensure his side’s stay in France would be extended.

Wales v Belgium is much more than just Bale v Hazard however, with both teams having high-class players in several positions.

This could be one of the best games of the tournament so far, so what should Euro 2016 fantasy football players be looking out for?

Belgium have won five of their previous 12 meetings with Wales, but Chris Coleman’s men can take heart from their performances against the Red Devils during qualifying for this tournament.

Bale was the matchwinner in the last meeting between the sides, a 1-0 win in June of last year, while Belgium also failed to score in the other qualifier they played against Wales.

This will be the first time that Belgium have played Wales in major international tournament finals.

Bale is a budget-busting selection for this match, but the Real Madrid star – the most expensive player in world football – has three goals and an assist at the finals, so he could be worth picking. 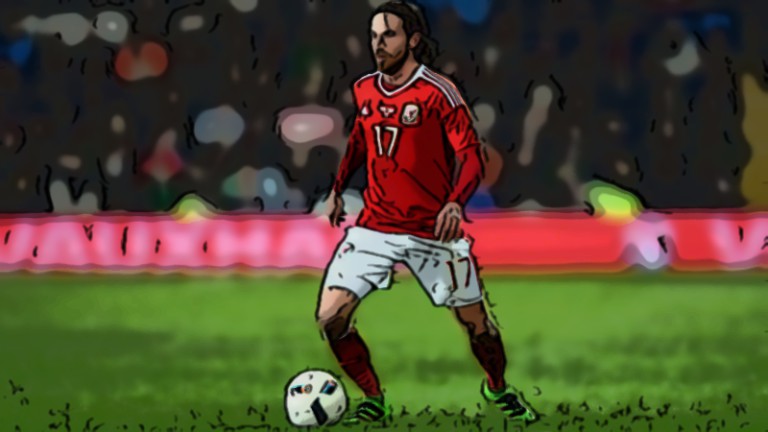 The topknot-sporting Welshman is not the only A-list talent in Coleman’s team however, with Aaron Ramsey also having a good tournament so far. Ramsey has two assists and a goal and would be a much more affordable choice than his colleague, with fellow midfielders Joe Ledley and Joe Allen also worthy of consideration judging by their performances at the finals so far.

Captain Ashley Williams is an injury doubt with a shoulder injury but should be passed fit and the Swansea City defender was excellent in the 1-0 win against Northern Ireland last time out. James Chester, one of Williams’ colleagues in a five-strong defence, has also had a fine Euro 2016, with Wales having kept clean sheets in their last two matches at the tournament.

Hazard rivals Bale for the title as most expensive player in Euro 2016 fantasy football and after a slow start to the tournament, the Chelsea winger was back to his best against Hungary. First, he delivered a sublime cross for substitute striker Michy Batshuayi to tap in, then drove past a series of Hungary defenders before smashing a low drive into the bottom-corner.

Should Hazard reach those heights again in the quarter-final, Wales will find it hard to stop him, although a thigh injury is believed to be causing the 25-year-old some issues in the build-up to the game. Hazard’s creative partner in crime, Kevin De Bruyne, is also having a fine tournament, matching Hazard’s tally of three assists at the finals.

Romelu Lukaku has cut a frustrated figure at times in France and he is in danger of losing his place to Batshuayi for this game. Lukaku, whose only goals at the tournament have been a well-taken double against Republic of Ireland, struggled against Hungary, whereas Batshuayi scored with his first touch after coming off the bench.

Coach Marc Wilmots is without Thomas Vermaelen through suspension, with Jason Denayer likely to step in, although he could elect to partner Jan Vertonghen with his Tottenham colleague and bring in Lukaku’s younger brother Jordan at left-back instead. Belgium conceded two goals against Italy in their Euro 2016 opener but have kept three clean sheets in three games since.

Vertonghen is among the Belgians who would miss the semi-final if booked against Wales, with Marouane Fellaini, Axel Witsel, Thomas Meunier and Batshuayi also on a yellow card. For Wales, Ben Davies, Ramsey, Neil Taylor and striker Sam Vokes are at risk of suspension.