Day 10 of Euro 2016 sees only two matches taking place as Group A wraps up its final round of matches, with hosts France seeking to maintain their current 100 per cent record at the finals.

Wins over Romania and Albania mean France are in the box seat to top the group, although Switzerland could pose their sternest test yet.

In the other Group A closer, Romania play Albania, with both sides knowing only a win will give them any chance of extending their stay in France into the second round of Euro 2016.

Here is our guide to some of the top fantasy football players who are in action on Day 10.

France have not been able to produce their best football yet but they still sit at the top of Group A after late goals secured two wins out of two, booking their place in the next round with one match to spare. But the hosts will want to finish top of the section to potentially secure an easier tie in the second round, which could dissuade Didier Deschamps from rotating his squad too heavily. 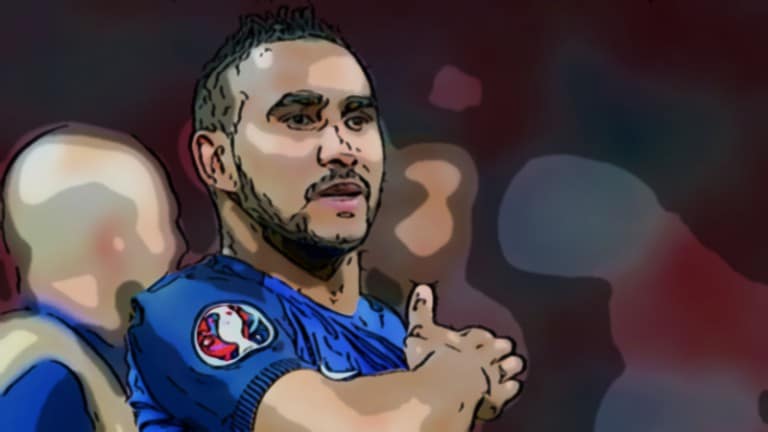 Dimitri Payet should therefore start again for France and the West Ham playmaker is probably the player of the tournament so far. After his late stunner against Romania on opening night, Payet came up with another fine finish to put the gloss on a 2-0 victory against Albania on matchday 2.

The only thing missing from Payet’s Euro 2016 so far has been one of his trademark free-kicks, so perhaps Switzerland will be on the wrong end of one of his viciously swerving set-pieces.

Switzerland are having a solid tournament, following up an opening 1-0 win against Albania with a 1-1 draw with Romania that almost certainly sees Vladimir Petkovic’s men into the next phase.

While France will be their toughest opponents yet, there are no signs Petkovic will rest players for the second round, so Ricardo Rodríguez will get another chance to impress. The set-piece specialist has delivered some fine free-kicks and corners without Switzerland taking advantage so far, with the Wolfsburg defender also in line to take penalties for his side. However, Rodríguez may be unlikely to pick up clean sheet points against France, so he is a slightly risky selection.

Also worth considering from Switzerland’s squad is Xherdan Shaqiri, who has one assist at the tournament so far, as well as Admir Mehmedi, who scored his team’s goal against Romania.

Bogdan Stancu’s two goals so far at Euro 2016 mean he is currently joint-top in the race for the Golden Boot, having converted penalties in both of Romania’s matches at the tournament so far.

Stancu’s impact on the finals has not been huge, but his spot-kicks have been reliable and have ensured Romania still have a chance of qualifying for the next round.

To do so, Romania will have to beat Albania and it is unlikely they can rely on winning another penalty. Stancu remains the most likely goalscorer in Anghel Iordănescu’s squad even though his international record stands at just nine goals from his 40 caps for the national team.

Lorik Cana will return from suspension to take his place back in the heart of the Albania defence for their game against Romania and he will be keen to make amends for his sending-off in his team’s opening match of the tournament against Switzerland.

Cana, who is Albania’s captain, has a lot of making up to do and his side – yet to score a goal in the finals – will need solid defensive work if they are to have any hope of progression.

Albania must win and hope three points is enough to take them through as one of the best third-placed teams, with a clean sheet a must due to their lack of firepower at the other end.