Euro 2016: How would England’s team look if picked on FPL points?

Roy Hodgson has named the preliminary 26-man England squad ahead of this summer’s Euro 2016 tournament, with three players set to be cut when his final selection is confirmed.

England’s squad looks weak defensively but is packed with attacking talent, especially as Hodgson has picked teenage tyro Marcus Rashford after he exploded on to the scene for Manchester United in the second half of the league season.

But what if England’s team was picked on fantasy football points? Here’s the Fantasy Football Portal England XI, based on points per game in Fantasy Premier League. We’re playing 4-3-3.

Joe Hart just about gets the nod in goal, despite Fraser Forster returning from injury and immediately making a stunning run of clean sheets for Southampton. 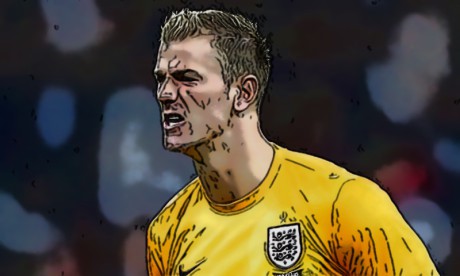 Hart and Forster both have a points per game (PPG) score of 3.8, suggesting England have a good pair of options in goal for France, although Hart is indisputedly the number one.

Incidentally, Jack Butland can count himself very unlucky to miss out as his PPG is 4.3, but a fractured ankle means Butland will not go to the tournament, with Burnley’s Tom Heaton the beneficiary, being promoted to third choice.

Tottenham full-backs get the nod on both sides of our team, with Kyle Walker edging out Nathaniel Clyne for the right-back spot for England thanks to his PPG score of 3.7.

The second of five Tottenham players in our fantasy football England team is Eric Dier, who fills in at centre-back for us despite playing most of his games this season as a defensive midfielder. 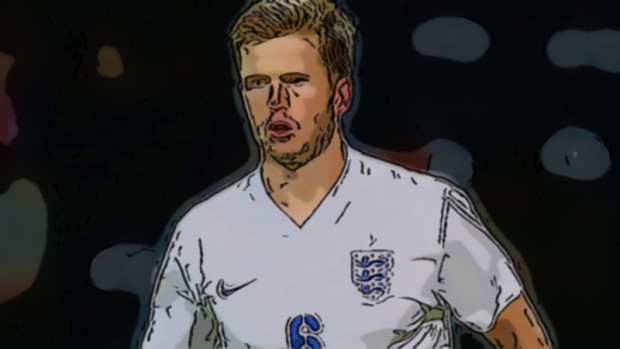 Dier also played a part in 12 clean sheets for Spurs and was virtually ever-present for his side, missing just one Premier League match, a 0-0 draw against Liverpool back in October.

However, a series of rash, dangerous tackles as Spurs lost their title chances at Chelsea perhaps suggested the 22-year-old still has a lot of work to do on the mental side of his game.

He might still be Mike to manager Louis van Gaal, but Chris Smalling had a fine season for Manchester United despite another stuttering domestic campaign for the Red Devils.

Smalling had a series of defensive partners but was an unruffled presence at the back, nailing down his England place in the process. His PPG was 3.9 and he picked up 17 clean sheets.

Our Spurs-flavoured team continues with Danny Rose’s PPG of 4.5 getting him in the side over Southampton’s Ryan Bertrand, who scored just 3.3 PPG.

There were only eight clean sheets for Spurs when Rose played, but the left-back also provided seven assists for his side and was one of the league’s most improved players this season.

One of Hodgson’s favourites, James Milner had a quietly excellent season for Liverpool despite the upheaval of Brendan Rodgers’ sacking and the arrival of Jürgen Klopp at Anfield. 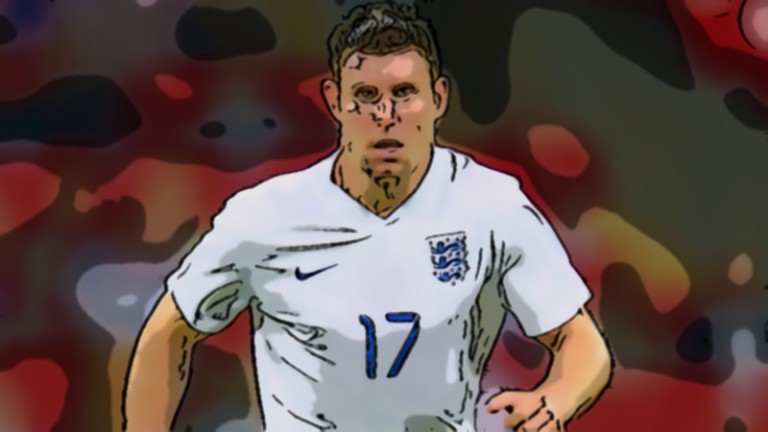 An impressive 11 assists, as well as five goals, earns Milner the first of our three midfield roles. Milner captained Liverpool in the Europa League final and is one of Hodgson’s most trusted men.

With a PPG of 4.2 – Milner marginally outscored him at 4.4 – Ross Barkley just about gets into this fantasy football England team.

A return of eight goals and nine assists shows Barkley has made progress for Everton despite their below-par season, but he is far from the Gascoigne-esque talent some had suggested.

Dele Alli’s season ended in disgrace after he was handed a three-match ban for punching Claudio Yacob, but that suspension could be good news for England as the youngster got a much-needed short rest before Euro 2016.

Alli scored 10 goals and made 12 more, with his partnership with Harry Kane particularly exciting for Spurs and England fans, earning the young playmaker a fine PPG score of 5.0.

But he will need to keep a lid on that temper if he is to be an asset at Euro 2016 this summer.

A quite brilliant finish to open the scoring in the Europa League final showed off the best of Daniel Sturridge, who matches Alli’s PPG rating of 5.0 after scoring eight Premier League goals in an injury-affected season.

Sturridge had a run of five goals in six games throughout May and April but the striker is likely to be on the bench for England due to the richness of Hodgson’s attacking options.

He edges out Marcus Rashford for a spot in our England FPL team despite the teenager also scoring 5.0 PPG since breaking into the Manchester United team at the start of the year.

Harry Kane became the first Englishman since Kevin Phillips to win the Golden Boot after hitting 25 goals and his place in the England team seems assured as a result.

The striker was incredibly consistent, earning a PPG of 5.6, leaving anyone who accused him a year ago of being a one-season wonder with egg all over their face and humble pie on their plate.

Jamie Vardy had the highest PPG of any English player – he scored 5.9 thanks to his 24 league goals – which fired Leicester City to their incredibly unlikely Premier League glory.

Only one player – Leicester team-mate Riyad Mahrez – outscored Vardy in the FPL game this year, the Algerian picking up 240 points while Vardy matched Kane’s haul of 211 points.

Selecting Vardy, Kane and Sturridge up front means there is no room in the team for England captain Wayne Rooney, whose PPG was 4.2 is well below the chosen trio – and Rashford.

Jordan Henderson is also ignored thanks to a low PPG of 3.4, while Gary Cahill (2.3) and John Stones (2.5) are nowhere near the side.

« Can Louis van Gaal save his job ?