Can Louis van Gaal save his job ?

This Saturday sees the FA Cup final take place at Wembley, with Manchester United and Crystal Palace hoping to end their disappointing seasons on a high.

Louis van Gaal’s job could be on the line if he fails to win the cup with United, while Palace are looking to win the trophy for the first time in the club’s history. 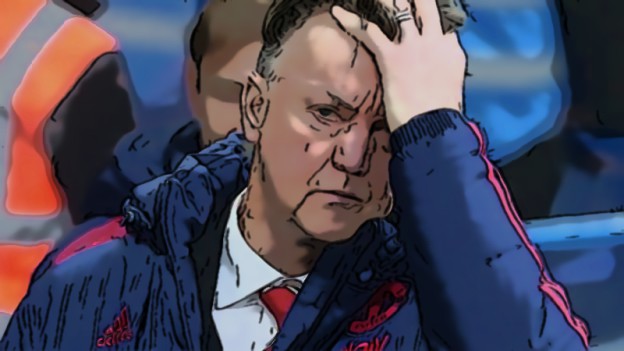 The final is not just of interest to Palace and United fans either, as West Ham United are hoping for a United win so that they qualify for next season’s Europa League.

This year’s FA Cup final kicks off at 17:30 on Saturday – and here’s what fantasy football players need to know ahead of the big game.

Manchester United and England captain Wayne Rooney is determined to win the FA Cup after suffering defeats in 2005 and 2007.

“It’s a cup I haven’t been lucky enough to win yet, so it’s a good chance for us,” Rooney told the FA.com. “I’m sure it’ll be a tough game but I think the fans deserve it – they’ve got to come to Wembley for a Cup Final, and we have to give them a good performance. 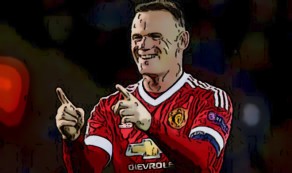 “I think it’s a great opportunity for us. There are a lot of young and new players in the dressing room so it could be a big day for us in The Final and the start of something special, I hope.”

Rooney has only scored 11 goals in an injury-affected season and has also been selected in midfield for United in recent weeks, due to the fine form of Marcus Rashford.

Speculation persists that José Mourinho has been lined up to replace van Gaal in the Old Trafford dugout, but winning the FA Cup could earn the Dutchman the chance to see out the last year remaining on his United contract.

Missing out on Champions League football was a massive blow and progress has been slow under LVG, but winning the cup would be a sign of United’s development under his leadership. United have not won the competition since 2004, when they beat Championship side Millwall 3-0.

Palace manager Alan Pardew believes this year’s final is as important to Van Gaal as the 1990 competition was for then-United manager Sir Alex Ferguson. Pardew played for Palace in that year’s final, which United won in a replay thanks to a decisive goal by Lee Martin.

It was widely believed that Ferguson would have been sacked had United not won the cup, a fate that could yet face Van Gaal, who has won a trophy at every single club he has managed.

“I remember Sir Alex’s career hinged on that game and maybe LVG’s career will hinge on this,” said Pardew, BBC Sport reports. “I like the guy [Van Gaal]. He’s had some terrible, terrible press and I look forward to seeing him in the final.”

Out-of-form Palace have only won twice in the Premier League since December, but knocked out top-flight sides Southampton, Stoke City and Tottenham on their way to the FA Cup final.

Palace failed to score in both of their league games against United this season too and they have only scored a single goal in the last six meetings between the two clubs.

West Ham’s 2-1 loss at Stoke City in their final Premier League game of the season means they have a vested interest in this year’s cup final ahead of their summer move to the Olympic Stadium.

“I expect Manchester United to win the FA Cup,” manager Slaven Bilić said, the Standard reports. “It’s going to be hard but they go into the final as favourites. I’ll be a fan for 90 minutes.

“We want them to win – we’re hoping that they’re going to win the game because I think we really deserve to be in Europe the way we’ve played this season.”

Scoring goals has been a problem for Palace all season and it is telling that Scott Dann was their joint-top goalscorer in the Premier League, the centre-back chipping in with five goals.

Dann can count himself slightly unfortunate not to have received England recognition and his aerial ability in both penalty areas is a key factor for Palace.

Yohan Cabaye has had a tricky season, with a recent missed penalty against his former club Newcastle United perhaps indicative of his struggles. Cabaye still managed five goals in the league and he also converted the penalty against Reading that sent Palace into the semi-finals.

Wing twins Yannick Bolasie and Wilfried Zaha are a handful for any defence, even if end product is sometimes lacking, while Connor Wickham has shown himself to be a man for the big occasion, firing the goals that kept Sunderland up two years ago and more recently scoring the winning goal in the semi-final against Watford.

Wickham has six goals and three assists from 23 appearances in all competitions this season.

United’s season has been lit up by the emergence of young players such as Rashford, Timothy Fosu-Mensah, Jesse Lingard and Cameron Borthwick-Jackson, but it is unclear how many of those starlets will get the chance to impress at Wembley now the club’s senior players are fit.

Rashford is perhaps the likeliest to start and he will be on a high after being named in England’s preliminary squad for this summer’s Euro 2016 tournament. Rashford had not been expected to be selected by Roy Hodgson, but seven goals in 16 United appearances has forced the 18-year-old into the international reckoning.

The teenager will be joined in the England squad by Chris Smalling, whose WhoScored rating of 7.17 in the Premier League is the highest for a defender at the club other than Luke Shaw, who made just five starts before suffering a broken leg.

While Euro 2016 squad selections brought good news for Rashford, Juan Mata has been left out of the Spain group despite his nine goals and eight assists in all competitions for United. Mata therefore has plenty to prove, especially if Mourinho – who sold him to United when he was in charge of Chelsea – is to replace Van Gaal at the end of the season.

United’s hero in the semi-final was Anthony Martial, who has scored an impressive 11 goals in his first season in English football since his big money move last year, and the Frenchman has the potential to make the difference at Wembley again.

« Studge with a point to prove