Don’t swim with the Sharks

In the comments section of WhoScored’s match report for the Chelsea versus Manchester United fixture played earlier this year one contributor summed up the outcome perfectly… ‘Moments & individual excellence win games’. It was a typical performance from a Mourinho side, something he has repeated time and time again throughout his managerial career. United came into the game on a roll but Mourinho was happy to sacrifice one player in Kurt Zouma and effectively turn the match into a 10 a-side contest. It worked to perfection with the Frenchman nullifying the threat of Marouane Fellaini who was finally finding a bit of form and proving to be a pivotal figure in a resurgent Manchester United team.

Mourinho trusts his players to the hilt. He knows they can defend resolutely and is happy to allow the opposition to monopolise possession in certain scenarios. How often have they scored the winning goal from a set-piece in games like this? They are a physical, imposing side but on this occasion it was a moment of magic from Hazard that made the difference.

Chelsea only had 32.9% possession, they managed 7 shots compared with 15 for United and both sides had 2 shots on target but even though Hazard received most of the plaudits it was Mourinho who should be credited with the victory. He had analysed the opposition’s strengths and weaknesses beforehand and set out his team accordingly to combat these. On occasions he will throw mind games into the mix to deflect the heat from his players but don’t let the theatre fool you – Mourinho’s preparation is as thorough as anyone’s. Simply put, Mourinho is capable of winning games before his players take to the field! 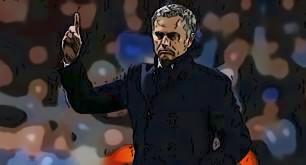 If you play poker with the same group of 5 or 6 players on a regular basis you will probably have noticed that the same 2 or 3 end up amongst the cash most of the time. These are the more-skilled players and the ones who consistently make the right ‘plays’ both pre and post-flop at the appropriate time. This phenomenon was amplified with the online poker boom. It led to a situation where the better players would try to get seated at a table with players who they classed as inferior.

Categorising players soon became a business in itself. SharkScope set up a subscription service that would allow you to access key data on possible adversaries. They put together a database of poker tournament results giving users the option to view the ROI and profits of other players – the stronger players were tagged as ‘sharks’ while the weaker players were identified as ‘fish’.

You might be asking how this ties in with daily fantasy football and why should you be concerned about who you are playing against? After all, unless substitutions are permitted in the contest once you’ve submitted a team it’s a case of sitting back and watching the action unfold. Let’s assume that you are playing at MondoGoal and intend to participate in a head to head contest against a single opponent. You have 5 possible contests to choose from. Does it matter which game you enter? Yes it does…not all contests are equal, you need to work out which if any of the contests gives you an edge.

Let’s suppose that you expect your line-up to average around 77 points. Now imagine if you isolate one of the possible 5 opponents and notice that he often selects players that aren’t in the starting line-up for one reason or another. Based on the average points you expect each of your 11 players to earn, two missing players could equate to a 14 point start for your team. Now contrast that with the option of playing against a player who has an avatar you recognise. It regularly appears on a top-ranked player list on the site for weekly high scores and so on. 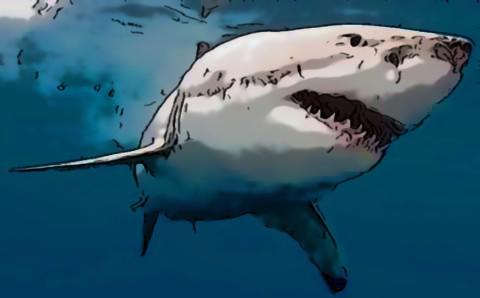 Clearly you are better off playing against the former player. If you regularly play at just one site then it might be worth keeping notes on potential adversaries. Think about collating information such as:

Are they using poor team news sources that result in them utilising line-ups with inactive players?

Do they deploy playing formations that might put them at a disadvantage?

Do they favour players from individual teams or specific strategies e.g. block defence

Do they show up on any leader-boards or is there any other data available that might enable you to gauge their ability?

Remember most games will not reveal your opponent’s selections until a contest gets under way but once it does this is the time to take notes. Different sites will have different information available beforehand….some will show daily and weekly rankings, others might allow you to hover over a user’s name revealing tell-tale signs such as the number of contests entered into, a good indicator of how experienced a player is.

Clearly this is a strategy that will be more effective in small field events but with daily fantasy football becoming ever more popular there is every chance that some company will attempt to specialise and cash-in on this priceless information by producing their own service. This might show users’ win-rates and a whole plethora of valuable information but in the short-term there is nothing preventing anyone who is serious about winning these contests from spending a good proportion of their preparation time analysing potential opponents before diving into the team selection process itself.

Poker players often refer to this as acquiring knowledge of the ‘dead money’ – none of them want to be eaten by a shark!

Jose Mourinho has proved that identifying your opponent’s weaknesses is one of the key factors in a successful strategy – why not make it part of your daily fantasy football armoury and catch yourself some fish!

« Cherry on the Cake