Norwich City return to the Premier League after a year in the Championship following their relegation from the top tier in 2014, then successfully bouncing back at the first attempt.

One player to shine for the Canaries last season was Nathan Redmond and Opta-powered fantasy football game www.oulala.com have highlighted the 21-year-old as the Norwich player most likely to emulate the likes of Danny Ings and Charlie Austin in the Premier League next season.

Redmond made a total of 46 appearances in the Championship last term, 10 of which came from the bench. The winger contributed a total of 6 league goals for Norwich with one coming in the play-off semi-final against Ipswich Town and another crucially in the final against Middlesbrough. 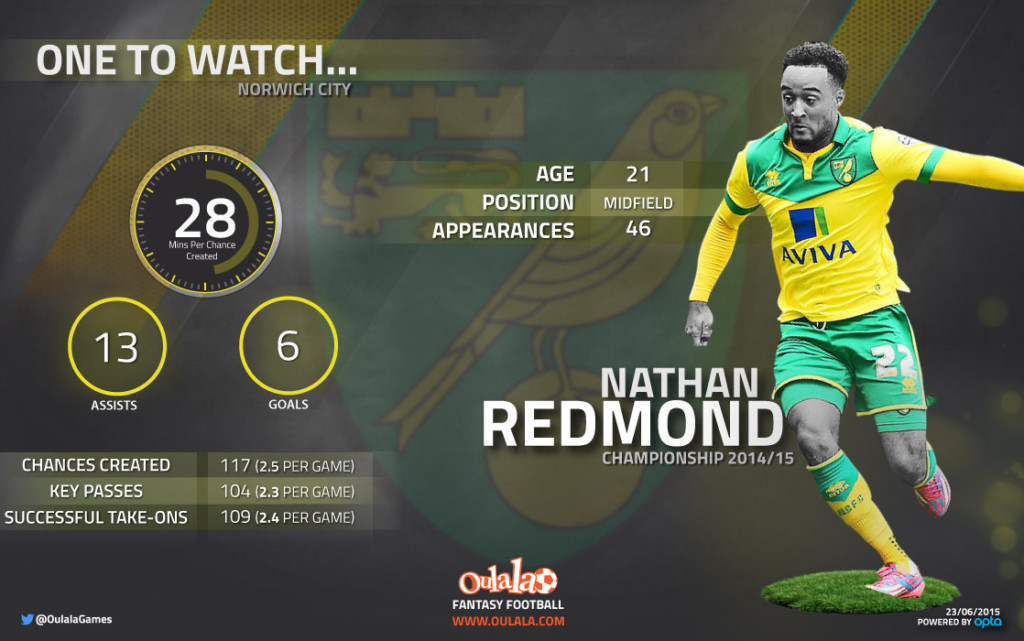 The 13 assists from the winger last season were the most from any player at the club and second most of any player in the Championship. Redmond’s excellent creativity was further expressed by his total of 104 key passes during the season, again the most at the club and equal third overall with Brentford’s Alex Pritchard, at a rate of 2.3 per game. The England under-21 international also created a total of 117 chances for his team mates, an impressive rate of 2.5 per game or one every 28 minutes.

« Don’t swim with the Sharks