Diego fails to feature in ‘The Dirty Dozen’

Opta-powered fantasy football game www.oulala.com have taken a look at where the Chelsea striker ranks in the Premier League for fouls committed by strikers this season.

Surprisingly, the Spaniard doesn’t even feature in the top ten!

Callum Wilson of Bournemouth and Everton’s Steven Naismith lead the pack, each committing 11 fouls in the Premier League this season. 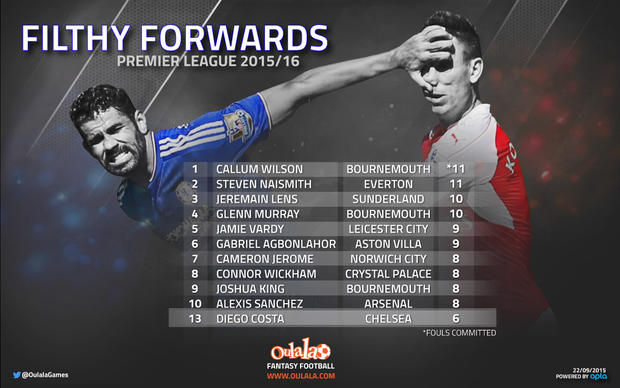 Despite his reputation you have to go all the way down to thirteenth place to find Diego Costa. The Chelsea forward has committed just 6 fouls this season.

Is Diego Costa really a thug? Or is he just merely misunderstood?

« Martial lays down the law