Creativity an issue for the Azzurri

How will Marchisio and Verratti absences affect Italy at Euro 2016?

Italy will be without two of their most important midfielders at Euro 2016 after it was confirmed that Marco Verratti requires surgery on a groin problem, ruling him out of the tournament.

Claudio Marchisio is already out of this summer’s competition with a knee ligament injury, so Antonio Conte is going to have to shuffle his midfield pack for the event in France.

Italy are considered among the favourites to win Euro 2016 despite losing Verratti and Marchisio to injury, although the pair’s absence is sure to have an impact on Conte’s midfield options.

Replacing the brilliant Andrea Pirlo was never going to be an easy task for Italy, but for a long time it seemed as though they had a ready-made successor in the form of Verratti. 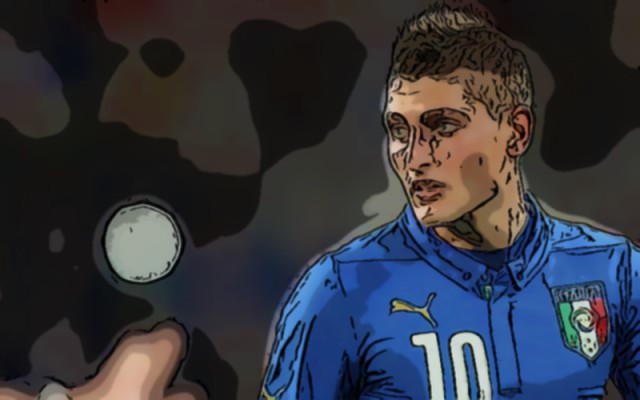 The Paris Saint-Germain star has a similarly unruffled, heads-up style on the ball that drew favourable comparisons to a young Pirlo, but he will now have to wait to fulfil his vast potential.

Pirlo, incidentally, has been left out of Italy’s preliminary training camp squad for the tournament as the MLS season is ongoing and he has club commitments, but he could still go to Euro 2016.

PSG confirmed in a statement that Verratti’s surgery means he will be out of action for around two months, meaning he can play no part in France.

“In agreement with Paris Saint-Germain, Marco Verratti has decided to undergo surgery to heal the groin problem that he has been suffering from for several weeks. The operation will take place in Doha on May 16 and the midfielder is expected to be sidelined for eight weeks,” the club said.

Italy are currently around sixth-favourites to go on and lift the trophy, which means they should make it to the quarter-finals of the tournament at least.

Drawn in a group with Belgium, Republic of Ireland and Sweden, their path deep into the competition will not be as straightforward as it could have been, while Italy tend to be very unpredictable when it comes to international tournaments.

They won the 2006 World Cup against all the odds and the backdrop of the damaging Calciopoli scandal and were runners-up at Euro 2012, although they suffered a heavy loss to Spain in a badly mismatched final.

But Italy have gone out in the group stage at the last two World Cups and it is impossible to guess how they will perform in France this summer.

Conte is likely to select many of the Juventus players who have had such an outstanding domestic campaign in Serie A, with veteran goalkeeper Gianluigi Buffon keeping his place at the age of 38. The stopper they call Superman will be seeking to add to his record 156 caps for his country.

Buffon is expected to be protected by his team-mates Giorgio Chiellini and Leonardo Bonucci, while Conte could even go with three at the back, adding Davide Astori or Angelo Ogbonna.

Italy are traditionally very defensive but Conte may be left with little option but to play tight, unadventurous tactics as he has a genuine lack of high quality forward players available.

Napoli’s Lorenzo Insigne has had a fine season and Antonio Candreva has performed well for club and country, but the crop of strikers likely to travel in Italy’s squad will not be an exciting one.

Mario Balotelli has struggled to develop since his thrilling performances at Euro 2012, where he scored a brilliant brace in the semi-finals against Germany and may not be selected, although players from Juventus and AC Milan have been excluded from the training camp squad as they contest the Coppa Italia final at the weekend. 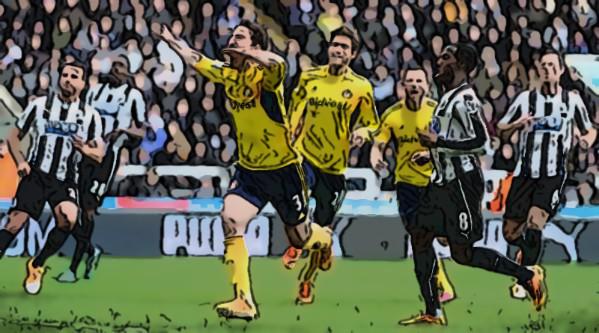 Graziano Pellè leads the line well but has been in and out of goalscoring form for Southampton this season and is unlikely to trouble international defences. Leonardo Pavoletti is named in the squad after scoring 15 goals for Genoa and Sunderland’s Fabio Borini also makes it into the preliminary group despite only hitting five goals for his side this season.

Inter Milan’s Éder will travel to the training camp despite scoring just once since his January switch from Sampdoria and Ciro Immobile is included too. Creativity will come from Stephan El Shaarawy, Alessandro Florenzi and Emanuele Giaccherini, as well as Candreva and Insigne.

Conte out on a high?

Conte has been in charge of Italy since 2014, but results at this summer’s Euro 2016 will ultimately decide whether his time in charge will be judged as a failure or a success.

It has already been confirmed that the combustible Italian is heading to the Premier League for next season, where he will be the latest manager to take charge of Chelsea under their billionaire Russian owner Roman Abramovich.

Italy are without a win in their last four matches, a run of friendlies since the end of their qualification campaign, in which they cruised through unbeaten against moderate opposition.

Studge with a point to prove »