Stats released by Opta-powered fantasy football game www.oulala.com have revealed that Manchester City have been the Premier League’s most entertaining team this season.

Striker Sergio Agüero is currently the Premier League’s top goal scorer with 21 goals. The Argentine has also taken the most shots of any player in the league this season (128). 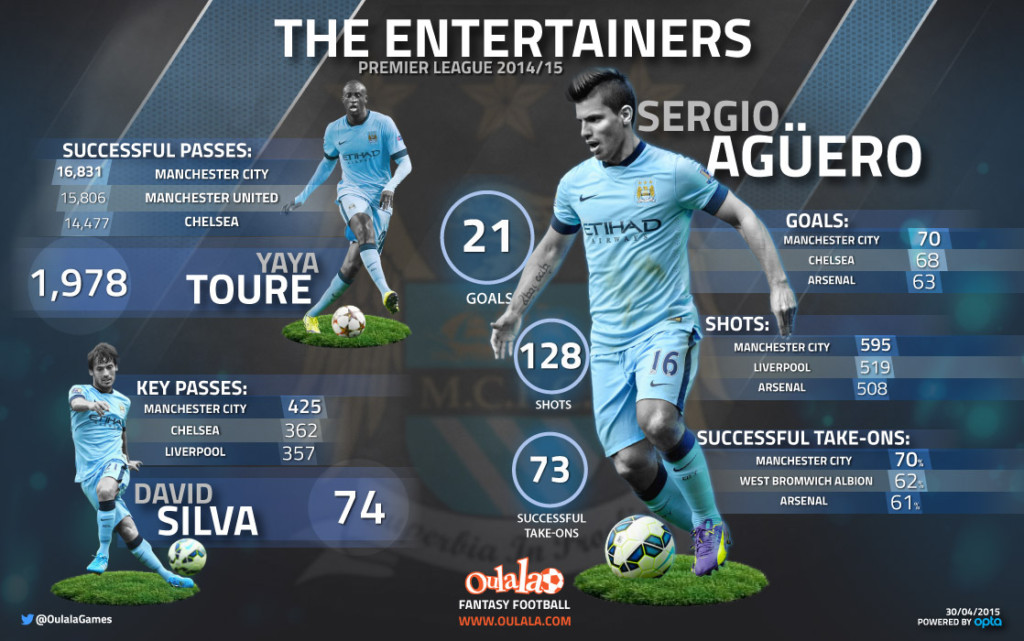 Midfielder Yaya Toure has been City’s best passer this season with 1,978 successful passes in total, only second to Chelsea’s Cesc Fabregas overall.

Another area City top is key passes with a total of 425 this term. Chelsea have managed 362, while Liverpool have made 357.

David Silva has made the most key passes (74) in the City side this season and is second in the Premier League to Chelsea’s Eden Hazard.

Again Agüero leads his team mates after successfully completing 70 take-ons this season, however that’s only enough for ninth place overall in the Premier League.

Beautiful football without winning a trophy… Arsene Wenger would be proud.