This week sees the second leg of the Europa League round-of-16 take place, with Premier League sides Tottenham Hotspur and Manchester United having it all to do after their defeats last week.

Most of the ties look finely balanced and the competition is wide open, although Borussia Dortmund, second in the Bundesliga to Bayern Munich, are understandably the clear favourites.

Cédric Bakumbu’s brace put Villarreal in control in the opening leg, meaning Bayer Leverkusen will have to overturn a 2-0 deficit in their home leg on Thursday.

But Leverkusen’s recent history against Spanish opponents on home soil is exceptional. They have won their three matches against La Liga sides 3-0 and the same scoreline would see them go through against Villarreal.

Leverkusen are unbeaten in six European home games, but they went out to Villarreal at the same stage of this competition five years ago. 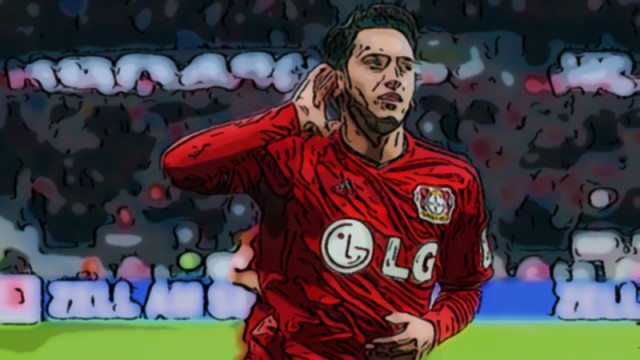 Fantasy players should consider selecting Hakan Çalhanoğlu in their teams for this week’s Europa League gameweek as the Turkey international is one of the best set piece specialists in Europe.

Raúl García hit the only goal of the game to put Athletic Bilbao ahead in this all-Spanish tie.

Aritz Aduriz, available at $5,700 on DraftKings UK, is the Europa League’s top goalscorer this season with seven goals and the former Valencia striker will be out to impress his old employers. Having hit an amazing 26 goals in all competitions this season, Aduriz is one of the hottest strikers in Europe – despite being 35.

Gary Neville’s Valencia have lost four of their last five matches after a run of four successive wins suggested they had turned the corner following a difficult start to the Englishman’s reign in Spain.

Athletic have won five matches on the bounce and will be strong favourites to book a place in the Europa League quarter-finals.

Valencia reached the semi-finals of this competition three years ago, while Athletic have been beaten in the final twice, in 1977 and 2012, when they lost to Diego Simeone’s Atletico Madrid.

Something has to give at the Stadio Olimpico on Thursday, as Lazio are unbeaten in their last 11 Europa League matches, while Sparta Prague have not lost any of their last 10 in the competition.

Sparta striker David Lafata has hit five Europa League goals this season and is the top scorer in the history of the Czech top flight, but the Italian side will be heavily backed to progress in this tie.

Lazio have won four of their last six home games and all five of their home games in Europe this season. Their man to watch is midfielder Marco Parolo, who has hit three goals in six Europa League games this season, including that vital away goal in Prague.

Sparta have not won any of their 11 games in Italy, but these two teams are so closely-matched this tie could easily go all the way to penalties.

Mauricio Pochettino controversially named a weakened side for his side’s trip to Dortmund and they were soundly beaten 3-0, with Marco Reus in fine form for the hosts.

Pochettino may feel his decision was justified after a 2-0 Premier League win at Aston Villa kept his side in the title race, but Spurs fans will have been disappointed with such a meek surrender.

Dortmund are the Europa League favourites and, watching the way they sliced through a young Tottenham side, it is easy to see why Thomas Tuchel’s side are so fancied to lift the trophy.

Son Heung-Min is the competition’s joint-top assist-maker with four and Érik Lamela has scored six goals in the tournament, but Spurs have it all to do at White Hart Lane. Son has also scored five goals in five career appearances against Dortmund so he is one to keep in mind for Europa League daily fantasy football games.

Can Liverpool rub salt into the wounds? »