Following his excellent performance in Manchester City’s 3-0 away win over West Bromwich Albion on Monday night, midfielder Yaya Toure hit out at critics that had suggested the ‘real Yaya Toure’ had returned, including manager Manuel Pellegrini.

Against the Baggies, Toure bagged two goals and enjoyed an astonishing 96% pass completion.

Pellegrini said “With Yaya, I think we will see the return of the Yaya of one season ago, not last season when he had so many problems”.

But Toure hit back, claiming that he was not below par last season. “I’m not back,” he said, “I’m always there”.

Stats released by Opta-powered fantasy football game www.oulala.com show that the difference between the Toure of 2013/14 and the one of last season were miles apart, contrary to the Ivorian’s claims. 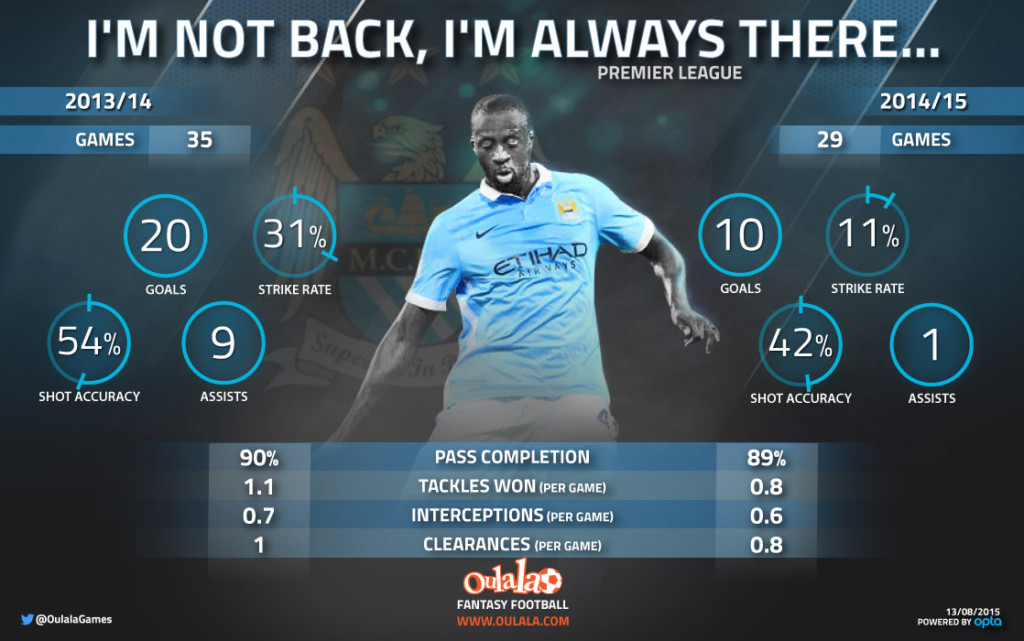 Creatively, again, the Ivorian dipped last term. Just one Premier League assist compared to an impressive 9 in 2013/14. His pass completion was also narrowly down (90% to 89%).

Manchester City host Chelsea on Sunday in a match that could see City open up a five point gap on their rivals after just two games.

Will Toure follow up his impressive display at The Hawthorns with something similar against the Champions on Sunday or can Chelsea reduce the Ivorian to the player of last season?

« Time to unleash the Beast