Priceless – This Morgan can really motor

After a £20 million bid was rejected by Southampton two weeks ago, it’s expected that Manchester United will increase their initial offer for Morgan Schneiderlin this week. Ronald Koeman is clearly resigned to losing his player, however United will have to pay Southampton in the range of £27 million if they want to secure the midfielder.

Despite the number of passes made by Schneiderlin, his pass completion remained exceedingly high at 89%, bettering the well sought after and £60 million-rated, Paul Pogba (84%). 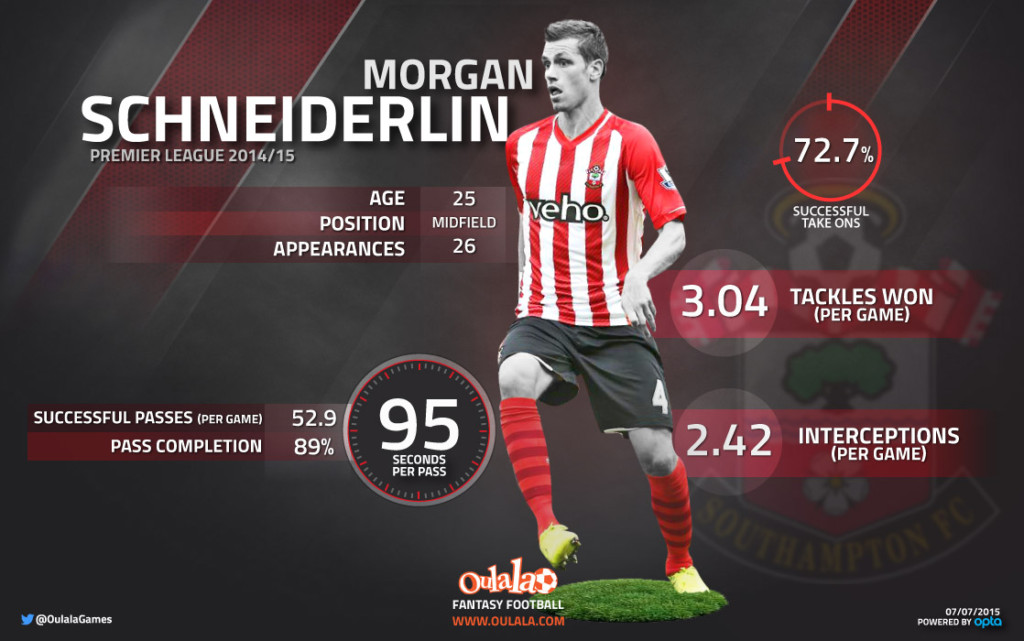 The 25-year-old impresses further with successful take-ons. His success rate of 72.7% puts him well ahead of many of the Premier League’s best, including Arsenal’s Alexis Sanchez (58.7%).

Tackling is another strong part of Schneiderlin’s game. The midfielder won 3.04 tackles per game, ranking him second in the Premier League overall for most tackles won per game putting him above Chelsea’s highly rated Nemanja Matic (2.81).

Schneiderlin made 2.42 interceptions per game in the Premier League last season, which had him ranked above many of Europe’s top defensive-midfielders including Barcelona’s Sergio Busquets (1.52).

With Louis van Gaal’s side departing for their tour to the United States on 13 July, it’s expected that a deal to finally tie up Schneiderlin is imminent.

Ahead of the ‘Handicapper’ »