Crystal Palace and Watford are both in poor form in the Premier League, but the glamour of an FA Cup semi-final at Wembley is the kind of occasion to focus minds and bring out performances.

Watford have been victorious in only one of their last eight games in the league, while Palace’s form is even worse, with Alan Pardew’s side having won only one league match so far in 2016.

This game could be a tight tactical battle – what should daily fantasy football players be keeping in mind when selecting their teams for Sunday’s tie?

Pardew’s Palace were beaten 2-0 at Old Trafford on Wednesday and the Englishman admitted there was a lack of focus from his players.

“The FA Cup, for Manchester United, is going to be a big, big event – but for us, it is a huge event. I could see a bit of blurred focus from our players in terms of that game – and that is understandable,” he said.

“A lot of our guys might never get another chance to get to an FA Cup final. You could see a little bit of that in our play.” 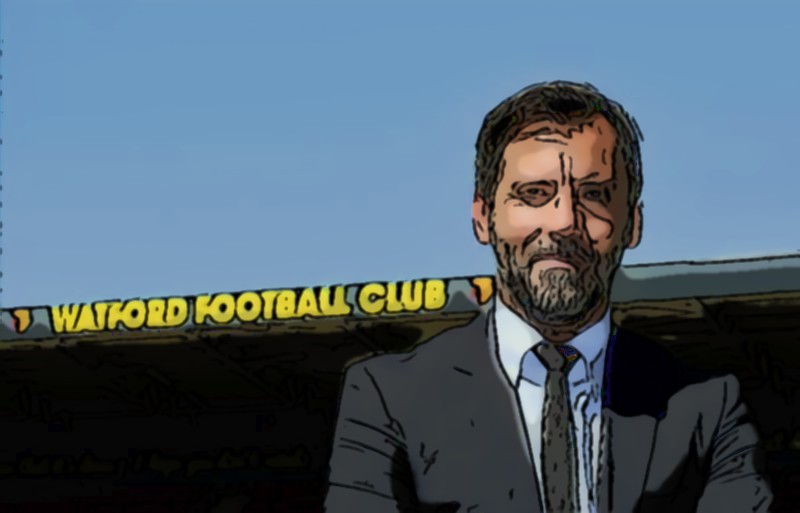 Watford were also beaten in the Premier League in midweek, with a 3-1 loss at West Ham United increasing the growing pressure on under-fire manager Quique Sanchez Flores.

“We have used a lot of players recently and the plan was to try to conserve and be fit for the weekend,” the Spaniard said after the game. “Practically all of the players will be fit for the weekend. The application was very good from us. We conceded really early and then it was very tough to play against a tough team like West Ham as they had confidence early.”

Palace have played Watford twice in the Premier League already this season, with the away side winning in each match.

The first game took place at Vicarage Road in October and Palace won 1-0 thanks to a winning goal scored by Yohan Cabaye, while Watford triumphed 2-1 at Selhurst Park in February. Watford captain Troy Deeney scored a brace for his side in that win, while Palace saw their left-back Pape Souaré sent off in injury time.

Palace have won three of the last six meetings between the two sides going into the semi-final.

Goals have been an issue for Palace all season, with no player scoring more than five goals for Pardew’s side in the Premier League this campaign. Cabaye, Connor Wickham, Yannick Bolasie and even defender Scott Dann have all scored five, but nobody has been prolific for Palace.

It has been a difficult last few months in particular for Cabaye, who was so impressive at the start of the season, prompting suggestions he was one of the best signings of the transfer window. But the influence of the 30-year-old Frenchman has been on the wane since the turn of the year and he has not scored a single Premier League goal since November.

Palace are reasonably solid at the back but their goalkeeper Wayne Hennessey, a Wales international, has made a few bad mistakes this season, while Damien Delaney scored an own goal at Old Trafford in midweek and could easily have scored another.

Bolasie is certainly Palace’s primary attacking threat but the winger’s unpredictability extends to his own form. He is sometimes unplayable but frequently anonymous.

On the face of it, speculation about Flores being under pressure would seem to be ridiculous. But Watford looked on course for a top-half finish earlier in the season and they currently sit 12th – two points above Palace in 16th. An FA Cup defeat at Wembley could make it an uncomfortable end to the season, although the Hornets’ safety is already virtually assured.

The loss of form of top goalscorer Odion Ighalo has been a major problem for Flores. Ighalo looked unstoppable earlier in the season, racing to double-figures and seeming like a genuine Golden Boot contender, but he has only scored one Premier League goal in 2016 so far.

The FA Cup has provided some relief for the Nigeria international, who scored against Nottingham Forest and holders Arsenal during Watford run to the last four. Ighalo’s partner Troy Deeney has also seen his form dive in the second half of the season, scoring just once in his last 10 appearances, though he hit a brace against Palace in February.

Ben Watson scored Watford’s decisive goal at West Brom last weekend and the midfielder has plenty of history in the FA Cup, having headed in Wigan Athletic’s dramatic winner in the 2013 final against Manchester City at Wembley.

« How the Mighty Have Fallen