How many times have we seen Twitter go into meltdown, as thousands of Fantasy Premier League managers turn to the channel to vent their frustrations, once they realise that their captain has been excluded from the starting line-up for his respective team? It could be Mahrez starting on the bench for tactical reasons or Walcott excluded from Wenger’s first-choice XI but it happens frequently enough to become an issue. 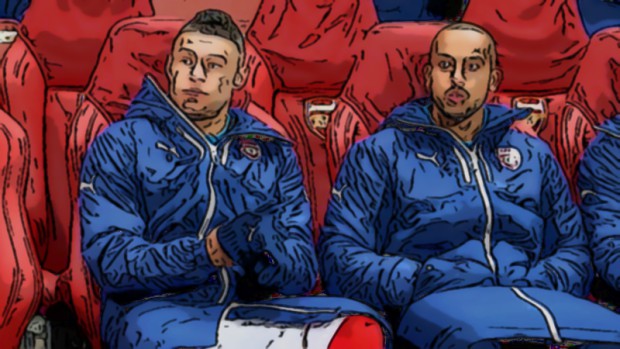 The idea behind ‘late swap’ is that it allows for fantasy line-ups to be edited after a contest gets under way. Players who are scheduled to participate in later fixtures can be replaced so long as the players you select to replace them with are also eligible, meaning that they will also feature in games that are still to commence and that other rules such as positional constraints are not breached.

TV rights now seem to dictate kick-off times, resulting in many daily fantasy contests featuring a round of games with staggered starting times. Late swap functionality is one area in which US players at DraftKings, the leading Daily Fantasy Sports site, might have an advantage over their UK counterparts. It’s a case of catch up for players on this side of the Pond, as they get to grips with some of the scoring nuances and strategies this game encompasses.

Late swap is not just about replacing any non-starters though (last-minute injuries or management decisions). It can also be used as a tactic to increase your chances of finishing in the money or even winning daily fantasy soccer contests, whether it be heads up games against single opponents or Guaranteed Prize Pool tournaments against multiple competitors.

Let’s use the forthcoming Champions League games to illustrate. Two of the fixtures are played on Tuesday, with the other two taking place the following day. Aleksandar Kolarov is the highest valued defender on DraftKings at $5,200, mainly as a result of his ability to put in crosses, a facet of the game which is favourably rewarded under the DraftKings scoring system, but even though he captained a youthful Manchester City side at Chelsea in the FA Cup it should be noted that he has started two of Manchester City’s last four matches on the bench. It wouldn’t be the biggest surprise in the world if Gaël Clichy was to start in Kiev.

If you decide to select Kolarov, it makes sense to have a contingency plan in place in case he doesn’t start. One option would be to replace him with another defender from those listed in Wednesday’s games. Since Kolarov is the most expensive this will not impact on budget constraints. An alternative option would be to select Kolarov as a ’flex’, one of your utility players. This would enable you to switch to any other affordable outfield player if he’s not confirmed as a starter. You could even preserve some of your budget as a buffer to enable you to select a flex that is valued at a higher price than the Serbian full-back.

There are other scenarios where it makes sense to utilise the late swap for tactical reasons as well. You might be playing a cash game against one other opponent whereby you both have one outstanding player in the remaining fixture. If you are ahead then it would be in your interest to select the same player so that you cannot be overtaken. If you’re behind then you might pivot off your original selection in an attempt to make up the deficit.

The same could be true of Guaranteed Prize Pools whereby you might have a chance of topping the leaderboard if you switch to a differential play late-on. Players who are leading will more than likely stick with the most obvious selections so switching from these players can pay-off.

So to summarise – consider using late swap when the following scenarios arise:

It can become a game of cat and mouse but if you don’t make use of this feature at the appropriate time you will be putting yourself at a serious disadvantage. If you are entering multiple line-ups it will also enable you to cover more bases if you have a number of teams in contention as well.

You need to ensure that you have the maximum number of fantasy players on the pitch for as long as possible, in order to keep that scoreboard ticking over, so don’t under-estimate the value of the late swap – it can be a game-changer!

Aleksandar Kolarov is valued at $5,200 on DraftKings UK (vs Dynamo Kiev, $50K Budget) in their $1,000 Champions League Freeroll Contest

« MSN & Co to light up the Emirates