The Unveiling of the Special One

José Mourinho has his official unveiling as Manchester United’s new manager next week, with the Portuguese taking over from Louis van Gaal in the Old Trafford dugout. 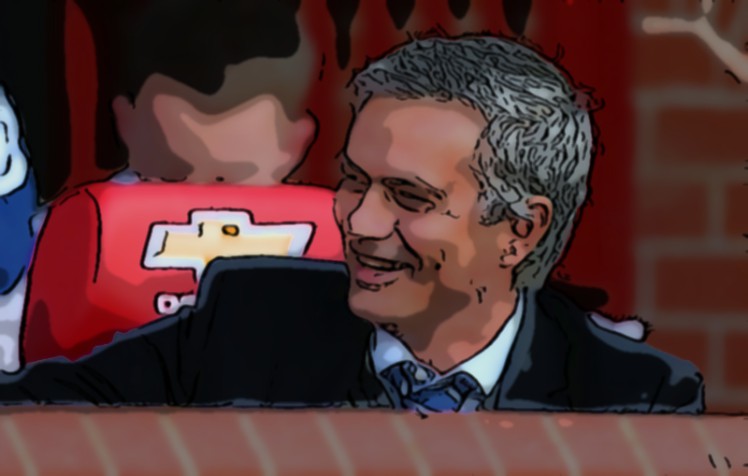 Mourinho, who was sacked by Chelsea last season following their awful start to the Premier League season, has wanted the United job for many years and he will be determined to succeed after his reputation took a hit in the last 12 months.

Despite Euro 2016 capturing much of the football world’s attention this summer, Mourinho’s arrival promises to be box office, with a pair of big-name signings already confirmed to join his squad.

But who else could Mourinho try to bring to Manchester United and what does it mean for your Premier League fantasy football teams next season?

“Time to let the world know. My next destination is Manchester United. #iamcoming,” Ibrahimovic wrote on Instagram, under a photo of the United badge.

Ibrahimović’s decision to withdraw from Sweden’s Olympic Games squad by announcing his international retirement cleared the path for a move to the Premier League and the 34-year-old, who has won various league titles over his distinguished career, will be reunited with Mourinho at Old Trafford, having won Serie A in the 2008/09 season together at Inter Milan.

Ibrahimović will doubtless be one of the most expensive players in Premier League fantasy football games next season, having hit 50 goals in his last year at PSG. In fact, according to Squawka, Zlatan was involved in more league goals last season than the entire United squad.

United’s only confirmed transfer so far this summer is Eric Bailly, with a fee of around £30 million bringing the centre-back to the club from Villarreal.

“Eric is a young central defender with great natural talent,” Mourinho told the Manchester United official website when the deal was announced.

Bailly is likely to partner Chris Smalling at the heart of the United defence, but Mourinho is believed to be chasing another high-profile defensive signing, which could leave the England international out in the cold.

United were solid at the back last season – their issues under Van Gaal were in attack – so Bailly might be a good fantasy football selection, depending on his price tag, of course.

A player whose name continues to be linked with United by the rumour mill is Henrikh Mkhitaryan of Borussia Dortmund, with a fee of around 42 million euros mooted for the proposed transfer.

Dortmund CEO Hans-Joachim Watzke has confirmed United’s interest in the press and a deal now looks to be imminent, although there is competition from various other top European clubs.

Mkhitaryan is heading into the last year of his contract so Dortmund have little choice but to cash in on the Armenian star if he is unwilling to sign an extension. The 27-year-old had a superb season in the Bundesliga last year, scoring 11 goals and providing 15 assists from just 31 appearances as his side finished second again, behind Bayern Munich, as highlighted in the Oulala infographic below, so his arrival might be bad news for a number of United’s current crop of midfielders.

Mourinho is inevitably linked with moves for Portuguese players, with Valencia star André Gomes among his compatriots that the new United manager is believed to want to sign this summer.

The 22-year-old, who is currently on international duty at Euro 2016, is also being chased by Juventus and Barcelona, with Valencia holding out for a bid matching Gomes’ buyout clause, which reportedly stands at 40 million euros.

Barça are thought to have offered Valencia Alen Halilovic and Cristian Tello in a bid to sweeten the deal, but the chance to work with Mourinho could well swing the transfer in United’s favour.

Real Madrid are reportedly willing to listen to offers for Raphaël Varane, who missed Euro 2016 through injury but may be keen to link up with Mourinho again.

Carlo Ancelotti is apparently planning to take Varane to Bayern Munich, so United would have to be quick if they wish to complete a deal for the Frenchman, who would cost around £30 million. Varane and Bailly could build a formidable partnership in the United defence next season.

Finally, one player fantasy football users will be keeping a close eye on this summer is Paul Pogba, who is wanted by a host of Europe’s elite clubs, including United.

Pogba started his career at the Manchester club but chose to leave to pursue first-team football, a decision that has been spectacularly justified by a string of Serie A titles in Turin.

But the 23-year-old has unfinished businesses at Old Trafford and he could return to the club where he made just seven first-team appearances before leaving on a free transfer.

Pogba’s rare blend of pace, power, creativity and goals would make him an enticing fantasy football player, but the fee required to tempt Juve into a sale would be absolutely gigantic.

« The Return of the Dribbler