The growth in daily fantasy sports betting shows no sign of abating and one of the main reasons for this is that enhanced game lobby features allow for greater user interaction. Many fantasy football games now give you the option to implement substitutions during the course of a contest. This simple addition is likely to benefit the more skilful players so we will present you with a number of scenarios which will show you why proper preparation can put you one step ahead of your rival players.

For the purpose of this article we will assume that its possible to activate substitutes in real time and that they range from 2 for a single match 5 a side contest to a maximum of 3 for a full game week or game day contest where kick-off times are staggered.

In a recent whoscored article by Ben McAleer, a must-read for anyone serious about Daily Fantasy Football, it was highlighted that the proportion of Premier League goals scored by subs this season had dropped to 9.7% from 12.2% last season. Still significant, but its clear that nobody is currently as adept at coming off the bench and getting on the score-sheet as the likes of David Fairclough or Ole Gunnar Solskjaer in their heyday. It will be interesting to see how Man City accommodate Wilfried Bony for the title run-in and he could be one to keep an eye on. Like those mentioned above he’s playing for a strong side, and if used from the bench could face tired opposition and we know that statistically more goals are scored in the 2nd half of matches.

Some players, for whatever reason, struggle to make an impact when coming on as a substitute. 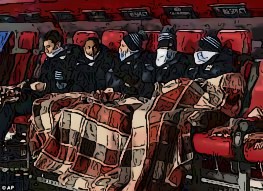 Having said that, the introducton of more sophisticated scoring systems means its not all about goals. Again we need to stress the importance of understanding how players can accumulate points in your chosen game. Some games will handsomely reward defensive duties such as saves, clearances, tackles and duels won so factor these in and set up your starters and bench players to cover for different ways the match might unfold. If you’re playing a 5 a side one match only contest then the strategic use of subs in these is likely to be pivotal to the outcome so weigh up the likely pattern of the game. If the underdogs get in front expect the favourites to come on strong in the 2nd half and try to gauge where your best chance of earning points lies. The fact that you will also be able to see your opponent(s) line-up should enable you to calculate where you have might be able to gain an advantage.

Most mistakes will occur where the game week has staggered kick-offs. Imagine a contest is played Friday to Monday and you have pinned your hopes on a forward who will play in the Monday night game. There is some late team news – he doesn’t start and you’ve already used up your allocation of subs for the entire contest. Its unlikely that you will recover from that! So try to stagger your use of substitutes. 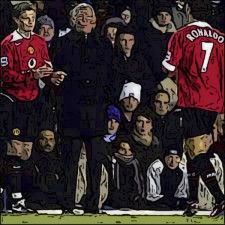 Many games now award points for minutes played. Make good use of the Big Data and Infographics available these days which should help to highlight which players tend to get hauled off early on regular occasions. If you don’t try to avoid these you could end up using up valuable substitutes to cover for these guys just to give you a chance of keeping the scoreboard ticking over. We cannot really over-stress the importance of playing time. Most games will probably restrict you to a maximum of 3 players per team so if you’re selecting a 15 man squad it could cover a plethora of matches. You need to make sure that you’re online to make those crucial managerial decisions at the right moments.

« Picking a keeper – a crucial decision for any fantasy manager