DraftKings and FanDuel set for 2017 merger

In a press release published last week, it was announced that leading daily fantasy sports operators’ DraftKings and FanDuel intend to merge to form a single unit, with the deal expected to be completed towards the end of 2017.

There are a number of obstacles in the way since combining the two giants would effectively form a monopoly so anti-trust concerns will have to be addressed. However, the deal makes sense for  a number of reasons.

Both companies have spent ridiculous amounts of money on marketing campaigns in a bid to attract players and have been fighting legal battles in the United States relating to the ‘gambling versus game of skill debate’, so by pooling together their resources they should be able to ‘better serve customers’ which seems to be their intention.

The two brands have established themselves as market leaders in the DFS space and this pending merger would see the birth of an undisputed superpower. The poker landscape is dominated by Pokerstars, while Bet365 have grown into an absolute giant in the online sports betting market so it’s fair to assume that the new entity would enjoy similar levels of market dominance. 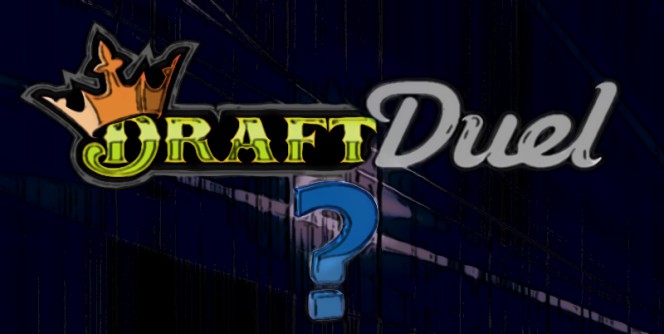 One question that does arise though is how they will “rebrand” given that it is being billed as a merger of equals. A play on words would seem a distinct possibility with “FanKings” or “DraftDuel” being the obvious candidates. The former might appeal more to European audiences since the term ‘draft’ is more commonly used in America.

As things stand, there are some ‘marked’ differences between the two companies’ daily fantasy soccer products. Both formats allow for ‘late-swap’ but DraftKings operate using a 8-man roster rather than the traditional 11 a-side game that European fantasy football managers are more familiar with.

The DraftKings scoring system also favours one particular player group over another – those that are capable of putting in a number of crosses rather than those who excel defensively in a holding midfield or centre-back role.

FanDuel’s scoring system seems a bit more well-rounded and they like to offer a full slate of games covering all matches played within a game round. DraftKings however, like to focus more on contests that take in matches being played on a single day only, so that the competition is decided within a matter of hours.

Hopefully, the two sides will sit down and thrash things out, taking on board feedback from fantasy managers to come up with a game play that would be befitting for the #1 daily fantasy sports provider and be backed up by a world class platform.

Let us know what you think of the proposed DraftKings – FanDuel merger.

The Power Of Three »