This weekend’s Super Sunday will be unmissable, with the top four facing off against each other on what could be a decisive day in the Premier League’s thrillingly unpredictable title race.

Leicester City are the favourites for the championship for the first time after beating Manchester City 3-1 at the Etihad Stadium last weekend, but next up they face a daunting trip to Arsenal.

As for City, they will be seeking to bounce back from that defeat to the Foxes with a home win against Tottenham, who have climbed to second in the table after winning four games in a row.

Here is the Fantasy Football Portal guide to the biggest day of the season so far.

Arsene Wenger has described this game as a must-win match for his Arsenal side and with Leicester currently five points clear at the top of the Premier League, it is hard to disagree.

Wenger’s side won at Bournemouth to record their first league win in a month, while Leicester are unbeaten since Boxing Day and they have also won four of their last five fixtures.

The two teams played out a seven-goal thriller at the King Power Stadium in September, with Arsenal triumphing 5-2 thanks to an Alexis Sánchez hat-trick, despite Jamie Vardy netting twice.

With so much attacking talent on the pitch goals look inevitable, with Leicester likely to soak up Arsenal pressure and play on the break, as they did to great success at City last weekend.

If Leicester can go to Arsenal and win, then an unbelievable title victory starts to look like destiny for the Foxes. But history is against them – Leicester have not won at Arsenal for over 20 years.

Riyad Mahrez has been the best player in the Premier League, with Leicester’s winger the first to reach double figures for both goals and assists and this is reflected by his amazing seasonal average of 18.1 fantasy points per game on DraftKings . His partnership with Jamie Vardy has been key for Claudio Ranieri’s men, with the rapid pair tormenting defences on a weekly basis.

Vardy and Mahrez are so quick they cause problems for even the swiftest defenders, which could lead Wenger to leave Per Mertesacker on the bench. As a last line of defence there are few better than Petr Čech, whose 12 clean sheets this season is more than any other goalkeeper this year.

Sánchez was at his brilliant best at the King Power, with his hat-trick earning him a perfect 10 rating by WhoScored, but the Chile international has not hit top form since returning from injury – his last Premier League goal was back in October. Goals have also dried up for Olivier Giroud, who is without a goal in five appearances, but with Mesut Özil pulling the strings it is surely a matter of time until Giroud and Sánchez start scoring regularly again.

Leicester have been peerless from set pieces this season, with giant German defender Robert Huth scoring three goals in his last five games.

With Huth and his defensive partner Wes Morgan attacking Mahrez’ precisely whipped balls into the box, Leicester’s free kicks and corners can be extremely hard to defend.

Tottenham manager Mauricio Pochettino claims his players are starting to believe they can win the Premier League title, with a four-match winning streak putting the club right in contention.

That leaves City short of options in key areas, while Pochettino has got arguably the strongest squad in the league, albeit with a clear lack of senior cover for the club’s star striker Harry Kane.

Spurs will have to cope without the injured defender Jan Vertonghen, with Austria international Kevin Wimmer expected to deputise alongside Toby Alderweireld, while Dele Alli could return.

City will go into the game as favourites, but Pochettino has proven himself to be one of Europe’s brightest young managers and he might be able to outfox Pellegrini, who looks a sitting duck at the Etihad following the confirmation that Pep Guardiola will replace him at the end of the season.

Kane is clearly Spurs’ main goalscoring threat, having hit 15 goals this season to prove anyone who thought he would be a one-season wonder completely wrong. The England international has had support from the brilliant teenage midfielder Dele Alli, who has recorded two goals and three assists in his last three matches, despite suffering from an unexplained spell of dizziness. 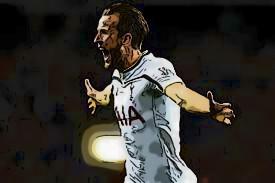 City’s attacking injury crisis piles more pressure on star striker Sergio Agüero, who has managed to contribute 14 goals despite his own fitness problems disrupting his season once again.

Yaya Touré will also be expected to improve upon his recent performances and the Ivory Coast international has an extremely useful habit of coming up with big goals in crucial matches.

Defensively, Spurs have the league’s meanest defence, but with Vertonghen out it will be a tough test for Wimmer to keep Agüero and Touré quiet. But in addition, Hugo Lloris and Joe Hart are two of the outstanding goalkeepers in Europe, not just the Premier League, so the attackers on show will have to be at their best to beat them.

According to WhoScored, Mousa Dembélé has been the best player on either side in the Premier League this season, with the ball-playing midfielder rated at 7.64 for his all-action displays, while he has also scored three goals.

UK vs USA – the Battle for Fantasy Football Supremacy »