Serie A has always been famous for its tight defences and even though this season has been more free-scoring than most, there are still plenty of high-class defenders to be found.

But, in daily fantasy football, goals and assists from defenders can be even more important than clean sheets, so finding players who can contribute points in all three areas is the main challenge.

Here is the Fantasy Football Portal guide to five Serie A defenders well worth selecting in teams.

Alex Sandro has been the most impressive defender in Serie A this season according to WhoScored, with the Juventus left-back rated at 7.60 for his performances in the Italian top flight.

With the Old Lady on a stunning winning streak as they aim to catch Napoli at the top of the table, Brazil international Alex Sandro has been a vital cog in the machine with his pace from the back.

Even though Alex Sandro has only started eight league games, he has scored two goals and recorded three assists – an excellent return that has earned more regular starts for the club.

Alex Sandro was particularly excellent in Juventus’ recent 4-0 victories against Udinese and Chievo, scoring in both of those wins as Massimiliano Allegri’s men seek to pick up their fifth successive Serie A title.

Despite the strong claims of Alex Sandro, Adam Masina has perhaps been the best left-back in Serie A so far this season.

The Bologna man, who is still just 22 years of age, has scored two goals and recorded three assists for his side – a similar record to that of Alex Sandro albeit from more matches – to help his team to a safe position in the middle of the Serie A table.

Masina is particularly strong in the air but some daily fantasy football players may be put off by the Morocco-born defender’s disciplinary record, as he was recently sent off in a 2-2 draw with Lazio.

The top goalscoring defender in Serie A so far this season is Francesco Acerbi of the league’s surprise high-flyers Sassuolo. 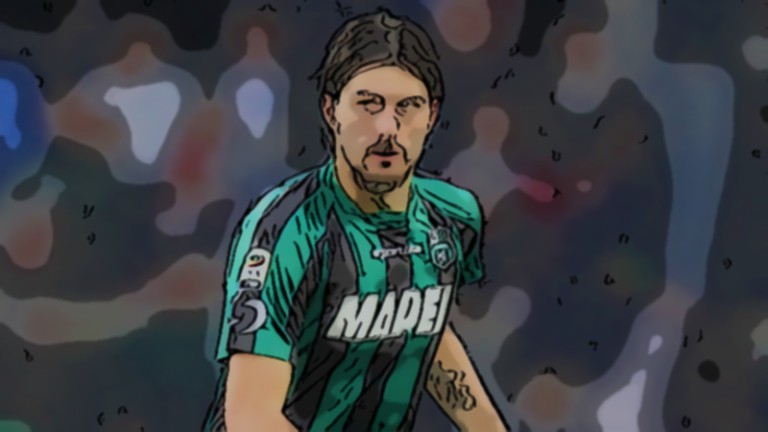 Acerbi has scored three times already, including in a recent 1-1 home draw with Torino, and while his team may not be the best defensively – goalkeeper Andrea Consigli has only kept six clean sheets so far this season – Acerbi’s goals from the back can earn plenty of fantasy points.

Indeed, Acerbi’s form this season has been so good that the 27-year-old has been linked with a move away from Sassuolo, with Roma among the clubs rumoured to be interested in signing him.

It has been a strong season for left-backs in Serie A this season, with Cristian Ansaldi the third selection from that position to make it into this Fantasy Football Portal five to follow guide.

The Argentina international has brought a vast amount of experience to Genoa in their fight against relegation, with La Superba currently just about steering clear of the bottom three.

Ansaldi has not scored in his 15 Serie A games so far this season, but he has provided three assists for his team, with his excellent crossing skills a real boost to his side.

However, all three of those assists came in the same match, Genoa’s fantastic 4-0 win at home against Palermo, a game in which Ansaldi earned a perfect 10 out of 10 rating from WhoScored.

Leonardo Bonucci, who is valued at 7.8M on Oulala for Friday’s trip to Bologna, is arguably the best defender in Serie A, with the Italy defender part of a very reliable Juventus backline that has helped Gianluigi Buffon to keep 12 clean sheets already.

Bonucci’s ability to bring the ball out from defence is a key asset for his side and he is also a threat from attacking set pieces, although he has scored only once in the league so far this season.

Juventus are on an incredible winning streak and have not conceded a single goal in their last eight matches in all competitions, so daily fantasy football players have to find room for at least one Juventus defender in their squads, with 28-year-old Bonucci arguably the most obvious pick.

Leonardo Bonucci is recommended at 7.8M on Oulala (vs Bologna, 100M Budget)

Cockerels up for title fight »