The death of Netherlands legend Johan Cruyff at the age of 68 following a battle with lung cancer shocked the football world this week, with tributes raining in for the godfather of Total Football.

Often described as the greatest European footballer of all time, Cruyff was a genius on the field, a player so indescribably good he had a mind-boggling trick named after him. 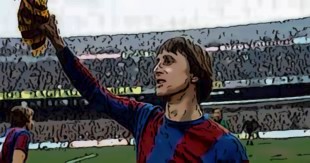 Best known for his time as a player at Barcelona and Ajax, three-time Ballon d’Or winner Cruyff went on to become a successful manager, leading the Catalan club to four straight league titles.

“Football is simple, but playing simple football is the hardest thing,” is one of the most famous Cruyff quotes. He was a master who thought about the game completely differently to most.

Pelé led the tributes to Cruyff, describing the Dutchman as “a great man”.

“May we carry on his example of excellence. Johan Cruyff was a great player and coach. He leaves a very important legacy for our family of football,” Pelé added. 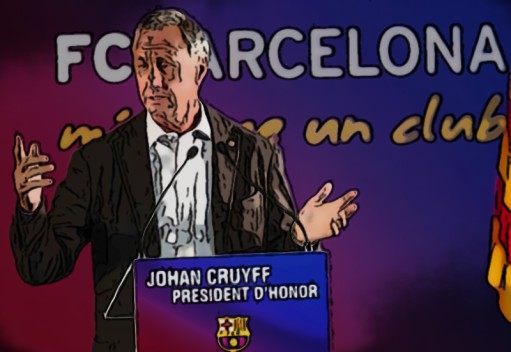 Cruyff is widely credited with laying the foundations for Barcelona’s all-conquering footballing philosophy – the La Masia youth academy was his idea.

“Thank you for being you,” said Ruud Gullit, a protégé of Cruyff’s. “Thank you Johan for being my biggest inspiration and teacher. Thank you for paving the way for our generation and for putting the Netherlands on the map.”

Gary Lineker, the England striker who played for Cruyff at Barcelona, said: “Sad to hear that Johan Cruyff has died. Football has lost a man who did more to make the beautiful game beautiful than anyone in history.”

Even Louis van Gaal, an adversary of Cruyff for much of their careers, paid tribute to the master. “It is a very sad day for the footballing world; to lose one of the true legends of the game,” the Manchester United manager said.

How would Cruyff fare in fantasy football?

There is little doubt that Johan Cruyff would have been a phenomenal fantasy football player.

Cruyff was not typically regarded as a prolific goalscorer during his own era, but regardless he still scored a huge number of goals over his career. Cruyff hit 33 goals in just 48 caps for the Netherlands, while his goal records at Ajax and Barcelona were similarly fantastic.

For Ajax, Cruyff scored 190 goals in 240 games, while at Barcelona his 143 appearances yielded 48 goals.

But Cruyff was also a creator who could record a lot of assists as well as regularly finding the net. It is hard to think of a modern alternative to Cruyff, a player who could do it all.

Cruyff placed little value on the individual records and awards he won during his playing career, insisting that Netherlands had “really” won the 1974 World Cup due to their pleasing style of play.

Instead, Cruyff regarded his best achievement in the game as playing a key role in the development of Total Football.

To Cruyff, playing football in a beautiful way was always more important than winning a match.

The best footballers in history have all left a strong legacy in the game – and Cruyff is no different.

It is regarded in the sport as a tragedy that Cruyff’s Netherlands side never won the World Cup – they lost the final in 1974 despite lighting up the tournament with their unique sparkling play – and the country has failed at the biggest hurdle on regular occasions since.

Cruyff himself could be a deliberately difficult character, hard to get on with, upsetting team-mates and coaches. Many of the great Netherlands players since Cruyff have been the same. 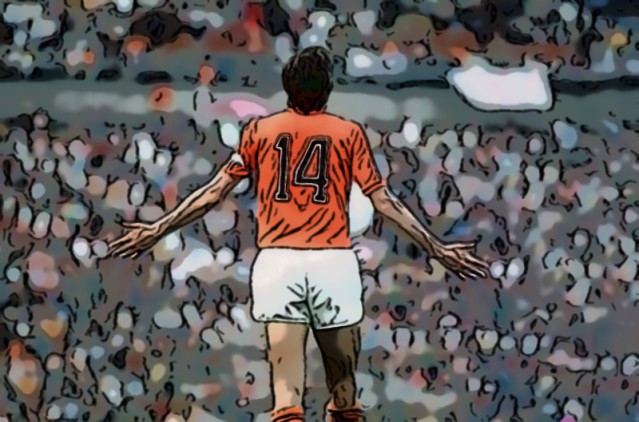 The foundation of La Masia is perhaps Cruyff’s biggest legacy in the game. Cruyff had already set up a phenomenally successful youth system at Ajax, which he was able to replicate on a larger scale at Barcelona due to having a bigger budget.

The list of players developed at La Masia is a huge one – topped by superstar Lionel Messi, who is perhaps Cruyff’s most natural heir – but more importantly it is the mindset of Cruyff that is installed in the academy’s talented youngsters.

Style is everything. Success naturally follows.

He took football to a higher level – and football will always be grateful.

Perhaps the best way to sum up Cruyff’s legacy is in his own gnomic words. Here are some of his most famous quotes about football.

“If I wanted you to understand it, I would have explained it better.”

“I only decided to become a manager when I was told I couldn’t.”

“You play football with your head, and your legs are there to help you.”

“Why couldn’t you beat a richer club? I’ve never seen a bag of money score a goal.”

“Before I make a mistake, I don’t make that mistake.”

« Hammers to gatecrash that top-four party?

Who wants to be a millionaire ? »