Indiscipline a concern for Simeone

Barcelona completed a fine turnaround in the first leg of the all-Spanish Champions League game, winning the first leg at Camp Nou 2-1 despite falling behind.

Fernando Torres was in the thick of the action, scoring Atlético’s opening goal before being sent off for two bookable offences, with his side thereafter struggling to cope with Barca’s attack.

Luis Suárez scored a brace to put his side just about in front in the tie, although the away goal scored by Torres could yet prove to be pivotal. Torres, of course, will be suspended for the second leg after his red card.

Barcelona have now beaten Atlético six games in a row, with Diego Simeone’s men having to upset both the form book and their recent head-to-head record against Barca if they are to progress into the next round.

However, all of those victories have been by a single goal, while many players in the Atlético team will be able to remember knocking Barcelona out of the Champions League in 2014.

That victory came at the quarter-final stage and Atléti are the only team to have stopped Barcelona reaching at least the last four in almost a decade.

Simeone’s men have a very strong record at the Vicente Calderón in recent years, losing only two of their last 28 home European games, but they have to beat Barca on Wednesday to go through.

Atléti will also have to commit men forward in the second leg, which could play into Barca’s hands, the speed of the La Liga champions’ attack potentially making the difference in this close tie.

Among the issues that will be concerning Simeone in the coming days is the apparent lack of discipline in his squad.

Atléti play on the edge, just like their manager used to, but there is a lot of evidence that they go too far, especially when they come up against Barcelona. 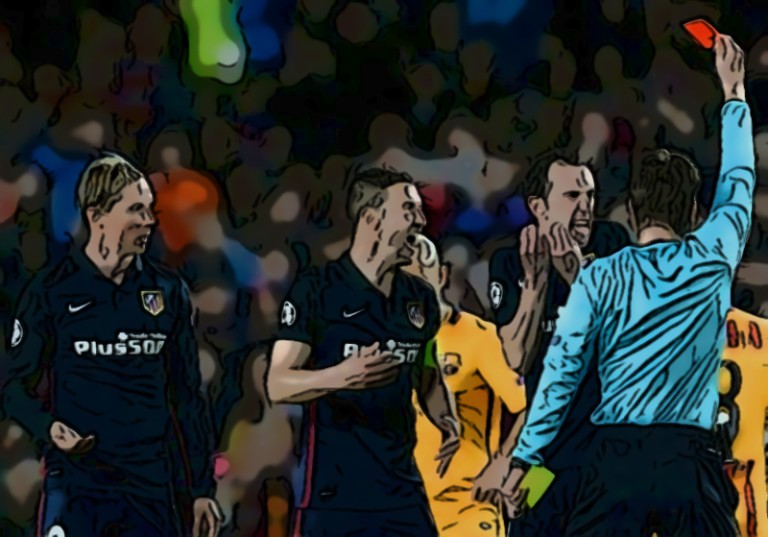 In fact, in the last five games between Atlético and Barca in all competitions, five red cards have been shown to Simeone’s players and, as it is so hard to play Barcelona even with 11 players, going down to 10 men is not helping their cause at all. Atléti collected 7 other cautions in the 1st leg, in addition to Torres’ dismissal, as can be see in this detailed WhoScored match report.

Should the game come down to a penalty shoot-out, Atlético have experience this season after triumphing 8-7 against PSV Eindhoven in the Champions League’s round-of-16.

It is 20 years since Barcelona were involved in a European shoot-out, but their record in continental competition is excellent, with just one defeat in six, which came in the 1985/86 European Cup final against Steaua Bucureşti.

Antoine Griezmann had a quiet game in the first leg, but the France international will have to shoulder much of the goalscoring burden for his side in Madrid, with Torres ruled out as a result of his suspension.

The return to fitness of Diego Godín, available at $3,700 on DraftKings,  is a huge boost for Atléti, who have had one of the best defences in Europe this season, the centre-back recovering from a thigh injury to take his place in the back line for Simeone’s men.

Godín’s partner was 20-year-old Lucas Hernández, who performed admirably despite his lack of experience, while there was little goalkeeper Jan Oblak could do about either of the goals scored by Suárez in the first leg.

Suárez outshone the other two members of the MSN strikeforce – Lionel Messi and Neymar – in the first leg, scoring a pair of scrappy finishes to take his goal tally for the season up to 39. 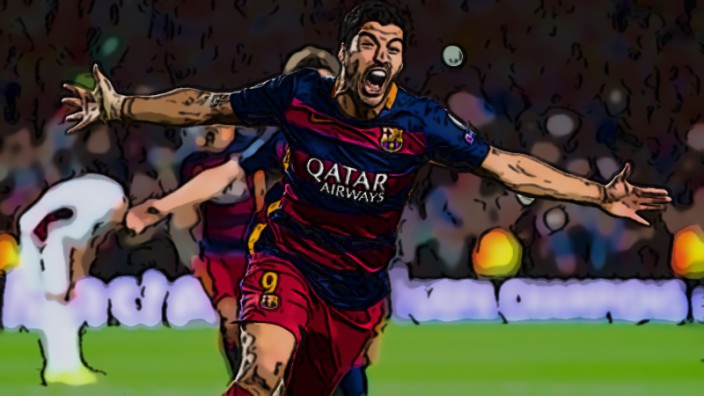 The Uruguay international has scored eight goals in this year’s Champions League and he adds an extra edge to the Barca attack. For all the glorious approach play by Neymar and Messi, sometimes an ugly finish is needed.

Neymar has provided four assists for his team-mates in the competition, while three assists have come from Barca’s experienced right-back Dani Alves.

Diego Godin is valued at $3,700 on DraftKings UK in their Champions League contests (vs Barcelona, $50K Budget)

« Can Wolfsburg repel a Real comeback ?