The Standout Performers from Gameweek 25

Gameweek 25 will be remembered as the weekend Leicester City became favourites for the Premier League title after an incredible 3-0 win at Manchester City.

The Foxes temporarily went six points clear at the top as a result of their wins, although Tottenham and Arsenal both picked up victories to keep pace with the league leaders, while Manchester United and Chelsea drew at Stamford Bridge.

At the bottom, Newcastle United climbed out of the bottom three by beating West Brom 1-0 at home, while Aston Villa won for just the third time this season – potentially a big turning point.

Here is the Fantasy Football Portal team of the week for GW25.

Petr Čech gets the nod for GW25 after recording his 12th clean sheet of the season – more than any other Premier League goalkeeper this season – in a 2-0 win at Bournemouth on Sunday.

Arsenal’s only summer signing had a fairly quiet match until making a typically brilliant double save late in the match to ensure his side closed the gap on leaders Leicester to just five points – and next week the Gunners travel to the King Power Stadium in an unmissable blockbuster clash. 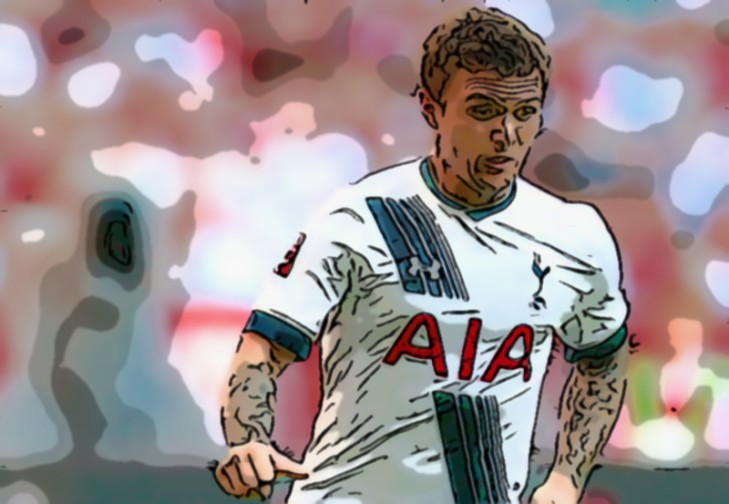 The 25-year-old was rated at 8.81 by WhoScored for his star performance and if he can maintain those levels he might earn the Spurs right-back slot over Kyle Walker on a more permanent basis.

Giant German defender Robert Huth continues to excel for Leicester and he was the top-scoring defender in fantasy football on GW25.

Huth scored twice in Leicester’s 3-0 win at Manchester City, taking his tally for the season to three, although he was denied a clean sheet by Sergio Agüero’s marginally-offside late header.

Maya Yoshida’s first goal in over a year was enough to earn upwardly-mobile Southampton a 1-0 win over West Ham on Saturday, with the Japan international rated at 8.46 by WhoScored. 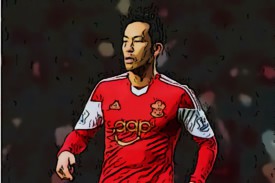 Yoshida is not always a regular starter for the Saints, but since his team has kept five clean sheets in a row since the return to fitness of goalkeeper Fraser Forster, the 27-year-old could be a good budget option for daily fantasy football players.

Seamus Coleman’s first goal of the season helped Everton to a 3-0 win at Stoke City, with the right-back also picking up a clean sheet for the second successive Premier League game.

Coleman has not been at his best this season but with Everton improving – and facing a kind run of fixtures – he could be a key man for the club in the coming weeks.

Aston Villa’s fate appears sealed, but Joleon Lescott is doing his best to drag his team to safety.

Lescott scored the opening goal in Villa’s 2-0 home win against relegation rivals Norwich City on Saturday, with the former England international also clearing a goalbound effort off the line.

The 33-year-old was also excellent in Villa’s 1-0 home victory against Crystal Palace, although his strike was later reclassified as an own goal by Palace goalkeeper Wayne Hennessey.

Riyad Mahrez solidified his position as the Premier League’s most creative player this season with another devastating display as Leicester ran riot at the Etihad Stadium.

Mahrez scored one and made one to become the first player to reach double figures for both goals and assists, taking his tallies to 14 goals and 10 assists in the Premier League.

Teams just cannot find a way to keep the Algeria international out of the game.

Despite appendicitis keeping Liverpool manager Jürgen Klopp away from the touchline, Liverpool’s Roberto Firmino continued his excellent form in the 2-2 home draw with Sunderland.

Like Mahrez, Firmino collected both a goal and an assist and he now has six goals and five assists in the Premier League since his move from Hoffenheim last summer.

More interestingly for fantasy football players, Firmino is still classified as a midfielder despite playing up front more recently. When he has been played as a forward, the versatile Brazil international has scored seven goals in 11 games in all competitions.

Everton continued their recent improvement with an eye-catching 3-0 win at Stoke City, with Tom Cleverley named man-of-the-match after collecting a pair of assists. 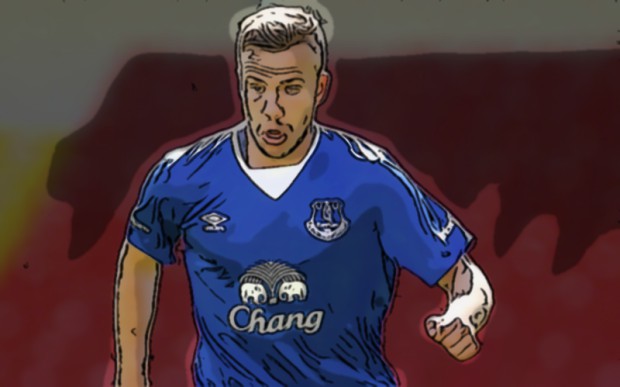 Cleverley is playing in a more advanced role of late and has rewarded the faith of his manager, Roberto Martínez, with superb performances that have helped his team to three straight wins.

It was a strangely quiet weekend for strikers in the Premier League, with Romelu Lukaku the pick of the bunch after he converted a penalty in Everton’s fine victory at the Britannia Stadium.

Lukaku’s goal was his first in the Premier League since the start of 2016 and took his tally for the season to 16 – two behind the league leader, Leicester’s Jamie Vardy. Lukaku has been priced at $7,600 on DraftKings UK for the home clash with WBA.

Chelsea left it late to grab a point at home to Manchester United, but Diego Costa came up with yet another big goal for his club, slotting home after Cameron Borthwick-Jackson’s mistake.