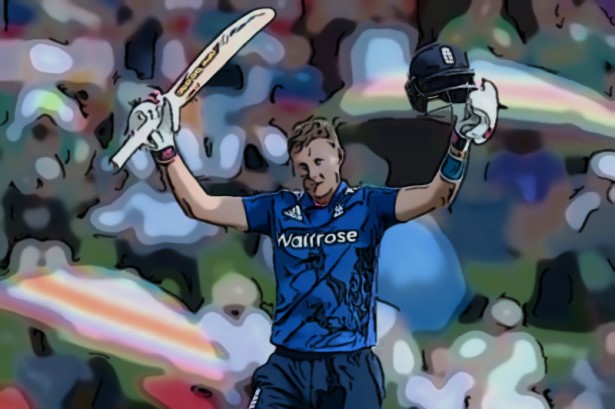 Cricket’s ICC Champions Trophy is almost upon us and FANTO are offering the chance to participate via their unique Fantasy Cricket game.

The tournament is all action, lasting just 18 days, compared to the somewhat unwieldy marathon that is the 50-over World Cup. Eight teams have qualified, with the surprise omission of the West Indies, who were beaten to the final spot by the ever improving Bangladesh side. Games will be played at 3 venues: The Oval, Edgbaston and Cardiff.

With the tournament taking place in England, the hosts start as favourites to lift the trophy, despite the fact that they have never previously done so. Their ODI form has been transformed since Trevor Bayliss took over as coach and they justifiably head the market. Look out for big name players like Ben Stokes, Joe Root, Jos Buttler, captain Eoin Morgan and the ever improving Chris Woakes.

Given that the games will be played early in the English summer, with seaming pitches and swing-friendly conditions, South Africa and Australia (the current World champions) are also expected to perform well.

For the Saffers, AB DeVillers and Hashim Amla provide great experience and quality but also look out for fireworks with the bat from Quinton De Kock and with the ball from Imran Tahir.

Meanwhile, Australia boast two of the most explosive batters in world cricket, in David Warner and Glenn Maxwell, along with the consistency of captain Steve Smith and a truly world class fast bowler in Mitchell Starc.

India, as always, will carry with them the hopes and expectation of a billion people. Captain Virat Kohli will be hoping to make a big impression and will be well supported by veterans MS Dhoni and Yuvraj Singh. You can also expect big points from top all-rounder Ravindra Jadeja.

Pakistan will no doubt be as unpredictable as ever and are sure to provide some fun and games, with the likes of Umar Akmal and Babar Azam wielding the willow and Wahab Riaz and Mohammad Amir bowling fast and nasty.

Sri Lanka are a side in transition and may struggle in the conditions but have top batsmen in Dinesh Chandimal and captain Angelo Mathews, while the round-armed Lasith Malinga will lead the attack.

Outsiders Bangladesh complete the line up, and should not be underestimated. Big hitter Tamim Iqbal will hope to get them off to a quick start with the bat, they have a truly world class all-rounder in Shakib Al Hasan and a more than useful bowling attack, headed by captain Mashrafe Mortaza.

Expect some surprise stars among the array of supporting players from around the world and enjoy what will be a feast of top class ODI cricket.

Fantasy Football Portal have teamed up with FANTO to create a mini league for the ICC Champions Trophy with £50 going to the winner. To join, simply sign up FREE and enter C469DC2994 to join our league.

To create a valid formation, you will need to pick 11 players and up to 4 Auto-Subs from an unlimited budget. The squad must consist of between 4 to 5 Batsmen, between 1 to 2 All Rounders, 1 Wicket Keeper and 3 to 5 Bowlers.

Who do you think will win the 2017 ICC Champions Trophy?

Fantasy Goalkeepers – Knowing who to pick »