Roberto Martínez admitted the performance of his Everton side was “embarrassing” in their 4-0 Merseyside Derby humiliation at the hands of Liverpool on Tuesday, but his side have the chance to bounce back in style with an FA Cup semi-final against Manchester United on Saturday.

In stark contrast to their poor Premier League form – they are winless in their last six games – Everton have not conceded a goal in the last four FA Cup ties they have played.

Manchester United are playing much better, winning five of their last six matches in all competitions, with Louis van Gaal’s side keeping themselves in the hunt for a top-four Premier League finish and a place in next year’s Champions League.

United will start as strong favourites at Wembley, but what should daily fantasy football players be looking out for from this match?

Louis van Gaal says qualifying for the Champions League is still the top priority for United.

“I have said for the club it is much more important that we are finishing in the first four positions because the Champions League is the highest level – and a club like Manchester United has to show their abilities and qualities at the highest level,” Van Gaal said.

“But a trophy is of course fantastic, especially the FA Cup, as it is a lot of years that we didn’t win it. There is a big arousal among the fans. It is nice to see they are hungry to get the FA Cup, but still we have to beat Everton first.”

Everton need to put the “horrible experience” of their derby day defeat behind them this weekend, says Martínez, whose future is increasingly under threat due to poor recent showings.

“We need to move on quickly and repay our fans with a proper performance and showing in the semi-final of the FA Cup,” the Spaniard said.

“That game is so close to us that I don’t think we should dwell on this one for too long because you have to focus on Saturday. It was a horrible experience for everyone connected to the football club. We need to regroup and make sure we have that opportunity to give the fans what they deserve – a chance to get in the final.”

The recent head-to-head record between the two sides shows three wins each for Everton and Manchester United, although United have won the last two meetings without conceding a goal.

United won 1-0 against Everton at Old Trafford in the Premier League this season and their victory at Goodison Park was even easier, with Morgan Schneiderlin, Ander Herrera and former Everton striker Wayne Rooney on the scoresheet in a 3-0 win.

There have been under 2.5 goals in five of Everton’s last six matches in the FA Cup.

Everton have serious injury problems for this game, particularly at the back, where Ramiro Funes Mori is unavailable due to his red card for a horror tackle on striker Divock Origi on Wednesday.

John Stones was withdrawn with stomach cramps but is expected to be fit for the trip to Wembley, but Phil Jagielka’s absence means Muhamed Bešić may be asked to fill in at defence. Gareth Barry was also substituted due to injury at Anfield and could be a doubt for this FA Cup tie. 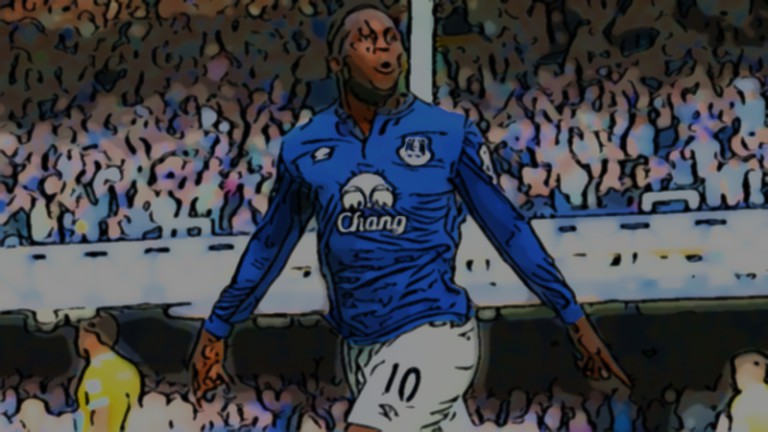 Martínez’s Everton have always been stronger in attack than in defence and most of their hopes lie on the shoulders of Romelu Lukaku, who has scored 25 goals in another fantastic season. It is six games since Ross Barkley contributed a goal or an assist, but he is a player for the big occasion, while Aaron Lennon has scored six goals from the wing this season.

After struggling with injuries all season, United almost have a full squad to choose from and Van Gaal has to decide how to fit all of his attackers into his strongest line-up. With faith retained in the prodigy Marcus Rashford, Rooney has played in a deeper role, while Anthony Martial is filling in on the wing. Juan Mata could be the man to drop out – he has not scored in eight games.

Rashford has exploded on to the scene with seven goals in 13 appearances for United. The teenager is only four goals behind Rooney’s tally for the campaign, even though the United skipper has played 33 matches. Rooney, of course, will be desperate to impress against his boyhood club.

Matteo Darmian could also be a wise selection for daily fantasy football players, with the full-back in fine form against Crystal Palace in the Premier League on Wednesday, while United’s goalkeeper David de Gea is arguably the best stopper in England.

« Reds to sink the Yellow Submarine

How the Mighty Have Fallen »