The first leg of the Europa League quarter-finals are this week, with Borussia Dortmund against Liverpool undoubtedly the tie of the round as holders Sevilla continue to fly under the radar.

With the two biggest clubs in the competition having been drawn together, all eight remaining teams will believe they have a chance of winning the tournament, which comes with the added bonus of a place in next year’s Champions League.

What can fantasy football players expect from this week’s first legs – and who are the key players to look out for when selecting your teams?

Jürgen Klopp’s return to Dortmund is dominating the pre-match build-up for this tie and the Liverpool manager admits he is sick of the “hype” surrounding his first trip back to his former club.

The bookmakers have made Dortmund the favourites to lift the trophy and, after the way they tore Premier League title contenders Tottenham apart in the last round, it is easy to see why.

Thomas Tuchel’s side are desperately unlucky to be up against an all-conquering Bayern Munich, otherwise they would surely be collecting trophies every season, rather than picking up the scraps. 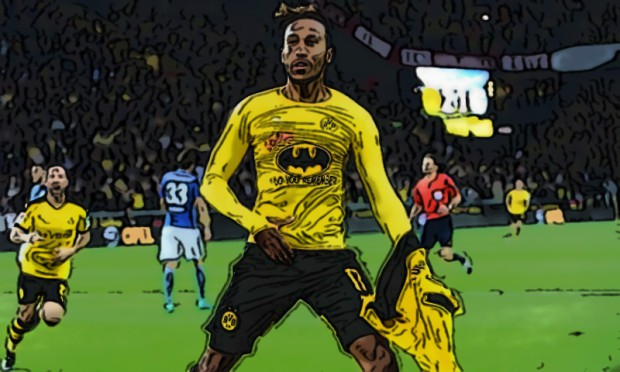 Pierre-Emerick Aubameyang’s 36 goals this season mark the Gabon international out as one of the world’s hottest strikers and Dortmund sporting director Hans-Joachim Watzke has told AS that the club would only discuss an offer of €100m [£78m] or €120m [£95m] for the in-form striker. He’s also the highest valued player on DraftKings for this set of Europa League fixtures, with a salary of $9,300.

Dortmund have stars all over the pitch, with Marco Reus – regularly linked with Liverpool – a dangerous creative threat, while Henrikh Mkhitaryan has recorded four assists in the Europa League this season. Mats Hummels, ever-present in the competition so far, is regarded as one of the best centre-backs in Europe and İlkay Gündoğan provides drive and energy from midfield.

If anyone knows how to stop Dortmund running riot, perhaps it is Klopp, who broke Bayern’s domestic dominance and took the club to back-to-back Bundesliga titles. Liverpool have been maddeningly inconsistent since the German took over from Brendan Rodgers, with a 3-2 loss at Southampton after leading 2-0 indicative of his brief reign to date.

Liverpool goalkeeper Simon Mignolet is an obvious weak point in the team and the Reds will be hoping Brazilian playmaker Roberto Firmino is fit, as he has been the club’s best player under Klopp. The return to fitness of Daniel Sturridge is a boost for Klopp, but Christian Benteke and Divock Origi both collected injuries while on international duty with Belgium.

“It’s a story only football can write,” says Klopp. But his side could face a struggle in Dortmund.

With three Spanish clubs in the last-eight, perhaps it was inevitable two would be drawn together, with Athletic Bilbao hosting Sevilla in the first leg on Thursday.

Sevilla have won the competition two years in a row and are going for a historic treble, but the head-to-head record between these sides is unbelievably close. After 158 meetings in Spanish football Sevilla have won 64 games to Athletic’s 63, while the clubs have never met in Europe.

European experience perhaps gives Sevilla the edge in this tie, but Athletic can call upon 35-year-old goal machine Aritz Aduriz, who has hit 27 goals this season, including a close-range strike on his return to the Spain side after several years in the international wilderness. Éver Banega is Sevilla’s key man.

A trip to Shakhtar Donetsk is always testing, even though they currently play home matches in Lviv, so 2011 finalists Braga will want to get off to a good start ahead of the return leg in Ukraine.

Shakhtar – who are in an immense title battle with Dynamo Kiev in the Ukrainian Premier League – are in the quarter-finals for the first time since they won the tournament in 2009, which was the last year it was known as the UEFA Cup. 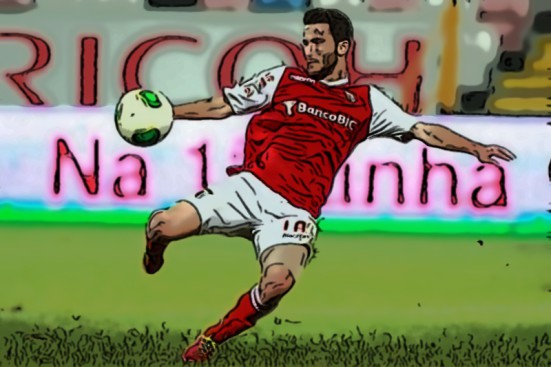 Daily fantasy football players should look out for Braga’s Brazilian starlet Rafa, who has three goals and four assists in the competition this season, while Shakhtar have the former Arsenal striker Eduardo da Silva, who scored in both legs against Anderlecht in the last round.

Sparta Prague are perhaps the biggest surprise in the quarter-finals after the Czech side shocked Lazio with a first-half blitz in the last round.

But Villarreal – flying high in La Liga – are a step up in class, winning all five of their home games in Europe without conceding a single goal this season.

Sparta’s Borek Dočkal has provided four assists, which is the joint-most in the tournament, while Cédric Bakambu has scored five Europa League goals for the Spanish side, the same number as Sparta’s David Lafata, who is the record goalscorer in the Czech top-flight.

In-form Pierre-Emerick Aubameyang is $9,300 on DraftKings UK (vs Liverpool, $50K Budget) in their Europa League contests

« In a league of their own

Singing from the same song sheet »