Dempsey out to spoil Messi party

This week sees the Copa América semi-finals take place, with the stage looking well set for a rematch of last year’s final between Argentina and Chile.

Argentina lost that showpiece on penalties but to earn the chance to win revenge they must first get past the hosts of this special centenary event, United States.

Jürgen Klinsmann’s men have battled hard to reach the last-four on home soil, recovering from losing their tournament opener 2-0 to Colombia to win three straight matches.

Passage has been much more straightforward for Argentina, who beat Chile in the first round of group games and have won three more games since, scoring 14 goals in the tournament so far.

If the USMNT are to make it into the final, which is being held at the MetLife Stadium in New Jersey, they have to overturn a worrying head-to-head record against Argentina on Tuesday night.

The United States have only won twice in their 10 historic meetings against the Albiceleste, with the last of those victories coming back in 1999.

Argentina won 4-1 the last time they played United States in a competitive match, at the 2007 Copa America, with Lionel Messi, who is now both the captain and joint record goalscorer for Argentina, making one of his earliest appearances for the national team in that match.

The only other time Argentina have been drawn against the USMNT in the Copa América was back in 1995 and they ran out comfortable 3-0 winners on that occasion.

But who are the fantasy football players to watch out for in this first Copa América semi-final?

The USMNT remain heavily reliant on the goals of Clint Dempsey, who is still leading the line for Klinsmann’s team at the age of 33. Dempsey may not have many more opportunities to play in the Copa América, so it is no wonder he has been so determined to impress, scoring three goals and providing three more assists in this year’s Copa América already.

There have been a pair of clean sheets for goalkeeper Brad Guzan, who will have to be at the top of his game to keep out the amazing Argentina front line, while defenders John Brooks and Fabian Johnson have also contributed to their team’s solid defending at the Copa.

In midfield, another veteran of the team, Jermaine Jones, has a goal and an assist so far.

Messi will be undoubtedly the most expensive player available in Copa América fantasy football games, but it is hard to argue that the Barcelona star is not worth every single virtual penny.

The Argentina captain made his first start of the competition in the last round, a 4-1 win against Venezuela, setting up two goals and scoring one of his own to add to the hat-trick he scored after coming off the bench in the group stage against Panama.

Like Messi, Ángel Di María came into the tournament carrying an injury, so he has been used sparingly by Gerardo Martino throughout this year’s Copa America, but the Paris Saint-Germain star has still been able to light up the event with a goal and two assists.

At the back for Argentina, Nicolás Otamendi is having a good tournament after having a difficult first year in the Premier League for Manchester City, scoring one goal in the process, while goalkeeper Sergio Romero has been one of the Copa América’s best goalkeepers this year, keeping two clean sheets in his four games. 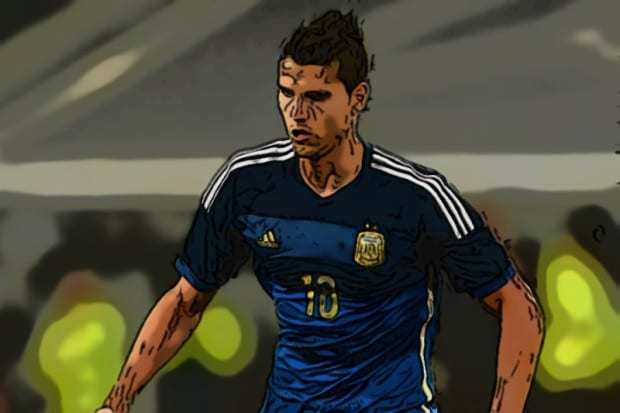 Finally, Érik Lamela is a man worthy of consideration for Copa América fantasy football teams, having scored two goals in the tournament already – the same number as star striker Gonzalo Higuaín. However, while Lamela saw a lot of action in the early stages of the competition as Martino elected to keep his stars fresh for the knock-out rounds, he may not have done quite enough to be in Argentina’s starting side for the Copa América semi-final against United States.