Clattenburg – a man for the big occasion

English referee Mark Clattenburg has been appointed to referee the upcoming Champions League final, which is being held at the San Siro in Milan. 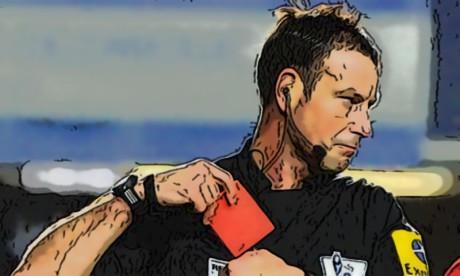 Atlético Madrid v Real Madrid promises to be a fantastic occasion as the two city rivals – who missed out on the La Liga title to Barcelona – go head-to-head for the biggest prize in Europe.

But how will Clattenburg – who will also referee the FA Cup final between Crystal Palace and Manchester United – manage what could be a tricky tie to oversee?

Clattenburg has overseen 45 matches in all competitions this season, including 31 in the Premier League. He has awarded seven penalties in those games and shown six red cards.

The 41-year-old official has booked players 147 times, which works out at around three yellow cards each game. Interestingly, Clattenburg has shown at least four yellows in each European game he has overseen this season, including seven in one Champions League qualifier between Monaco and Valencia back in August.

Is he more lenient in domestic games, or is the level for a yellow card lower in European football?

Clattenburg’s control of big occasions has also led him to being selected as one of the elite referees who will take charge at this summer’s Euro 2016 and, given his appointment to the Champions League final, there is a decent chance he could referee the final of Euro 2016 too.

However, Clattenburg drew criticism for his recent handling of a tetchy Premier League match between Chelsea and Tottenham at Stamford Bridge, with the 2-2 result handing the title to Leicester City. Clattenburg showed a massive 12 yellow cards but somehow avoided sending any players off despite some awful tackles being made in the game.

In 270 Premier League games, Clattenburg has shown 882 yellow cards and 45 red cards. He was also the man in charge for the 2014 UEFA Super Cup and this season’s Champions League semi-final first leg between Atlético Madrid and Bayern Munich.

Clattenburg was understandably delighted to find out he will referee the Champions League final.

“I was stunned when I received the call from Pierluigi Collina,” the former electrician, who is from the north-east of England, said.

“Stunned but absolutely delighted. It will be a huge challenge but ultimately one that I’m massively looking forward to. I’m going to be representing my country and the 27,000 referees in England and the great thing is that I can share the success with my team of officials.”

Like a lot of high-profile officials, Clattenburg has been involved in a number of controversial incidents over the course of his football career.

Not long since he started to referee Premier League matches, Clattenburg appeared to change his mind about booking Tony Hibbert in the Merseyside Derby after speaking to Liverpool’s Steven Gerrard, instead sending the full-back off for a professional foul. 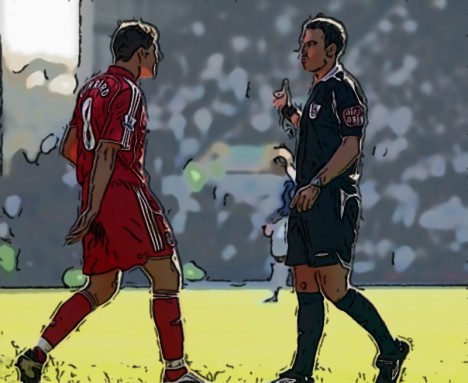 Clattenburg was the referee in charge when a Pedro Mendes shot was fumbled over the line by Roy Carroll but was not given as a goal, when Tottenham hosted Manchester United at White Hart Lane in 2005.

The official has also been rebuked for breaching protocol on a couple of occasions. In 2014, Clattenburg telephoned Crystal Palace manager Neil Warnock after refereeing one of their games – contact to managers is banned – and he also travelled from that match alone when he is supposed to stay with his team of officials for safety reasons.

It was reported that Clattenburg travelled alone so that he could attend a concert by Ed Sheeran.

Clattenburg has been accused of making inappropriate comments on the pitch on a few occasions. The first time this happened was in 2009, when he reportedly asked the Manchester City bench: “How do you work with Craig Bellamy all week?” 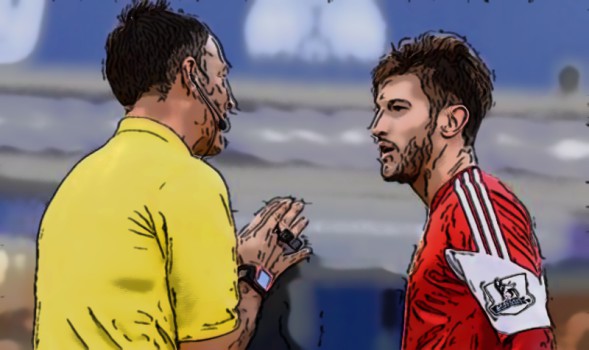 Controversy arrived again in 2014 when Southampton made an official complaint against Clattenburg, claiming he insulted their midfielder Adam Lallana. After rejecting penalty appeals made by the Saints, Clattenburg was alleged to have said to Lallana: “You are very different now, since you’ve played for England – you never used to be like this.”

Southampton’s complaint was dismissed, but the club said in a statement that the referee’s behaviour was “clearly not acceptable” and it would not be “appropriate” for Clattenburg to referee Southampton matches in the future, although Lallana has since been sold to Liverpool.

Clattenburg was also accused by Chelsea of using “inappropriate language” towards John Obi Mikel in 2012, but the FA cleared the official of any wrongdoing.

Responding to that incident, Clattenburg said in a statement: “To know you were innocent of something but that there was the opportunity for it to wreck your career was truly frightening. I hope no referee has to go through this in the future. We are proud of the integrity of refereeing in this country and I cannot wait to be back involved in the game I care so passionately about.”

While Atlético Madrid v Real Madrid is an all-Spanish affair, Clattenburg’s appointment means there is at least some English interest in this season’s Champions League final.