Set pieces are a core area for any serious daily fantasy football manager and a vital way of earning lots of points.

Penalties, corners and free kicks are all great ways of scoring points to get ahead of your rivals, so it is important you make sure you have a couple of set piece specialists in your teams.

Middlesbrough are the pace-setters in this year’s Championship season and Grant Leadbitter remains a vital part of Aitor Karanka’s rock solid midfield.

Leadbitter is one of the most reliable penalty takers in the league and has scored both times he has stepped up so far this season, although he has only recorded one assist to date.

His pass completion rate is among the league’s best – close to 85% – with his ability to keep the ball likely to be crucial as Boro lead from the front in their bid to return to the Premier League.

With seven bookings in the league already, Leadbitter’s disciplinary record may be off-putting for some daily fantasy football managers though.

Benik Afobe has not been quite as prolific for Wolves as he was last season, but he is two from two with penalties and remains a reliable goalscorer for any daily fantasy football manager.

Afobe has hit nine goals for Kenny Jackett’s men so far this season, with his impressive record resulting in the former Arsenal striker being linked with a January move away from Molineux.

Jackett will be determined to hold on to the 22-year-old as he is one of Wolves’ most important players, even though he has only found the net three times since October.

Jordan Rhodes was a big money signing for Blackburn Rovers in 2012, but the Scotland international has represented good value for the Ewood Park club with a fantastic strike rate.

Rhodes is the regular penalty taker for Rovers and has scored all three spot kicks he has taken so far this campaign, although he will perhaps be slightly disappointed with his season tally of nine.

Indeed, Rhodes has struggled since the arrival of Paul Lambert, who replaced Gary Bowyer in the Ewood Park dugout, and the 25-year-old striker has only found the net once since October.

However, a striker of the class of Rhodes is unlikely to stay off the scoresheet for long and with a goal record better than one every two games for Rovers he is sure to start firing again soon. 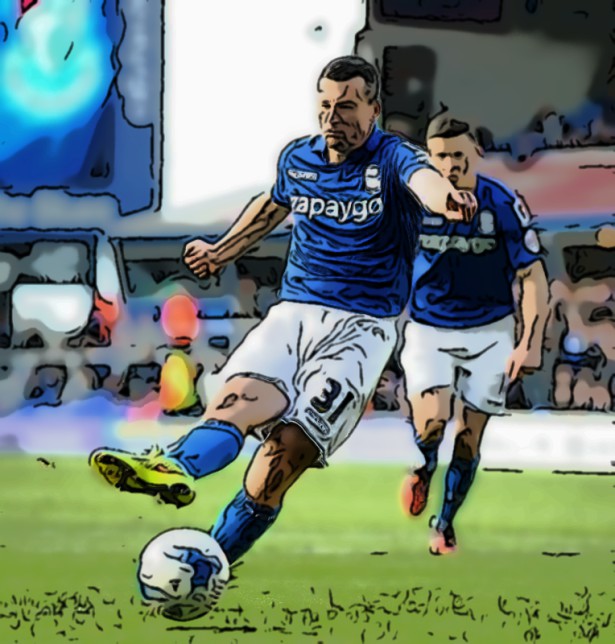 Defenders who take set pieces are like gold dust for Championship fantasy football players and Paul Caddis is one of the best around.

Playing full-back for Birmingham City, the 27-year old has scored four penalties already this season, more than anyone else in the division this season. Caddis scored six Championship goals last year and is well on track to surpass that figure in the current campaign.

Caddis is as reliable as they come from 12 yards and has found the net twice in his last seven matches for the Blues, who remain an outside bet for a top six place despite losing their star man, teenage winger Demarai Gray, to Leicester City at the start of the January transfer window.

Free kick king Matty Taylor has not been a regular starter for Burnley this season, but he has still scored four times for Sean Dyche’s Clarets.

Taylor scored arguably the best set piece goal of the season in the Championship so far, curling in a delicious free kick in a 2-2 draw against Birmingham City.

The former Bolton Wanderers and West Ham United utility midfielder scored in successive appearances in the autumn but has been restricted to short cameo appearances from the bench.

At the age of 34 Taylor does not start many games these days but he has a proven ability to make the difference, especially from his famous free kicks.

However, after hitting the post with a vital penalty for the Clarets in a home game against Leicester City last season, Taylor may not be trusted with responsibility from 12 yards again.