When Wolfsburg were drawn with PSV, Manchester United and CSKA Moscow in Group B, few pundits were tipping the German side to make it through to the next round of the competition.

But after recording four wins in their six group fixtures, Wolfsburg topped the section and earned a prize draw against Gent, with the second leg set to take place in Germany. A 3-2 home win against United on matchday 6, against all the odds, dumped Louis Van Gaal’s side out of the Champions League, proving that Wolfsburg have an eye for the big occasion. 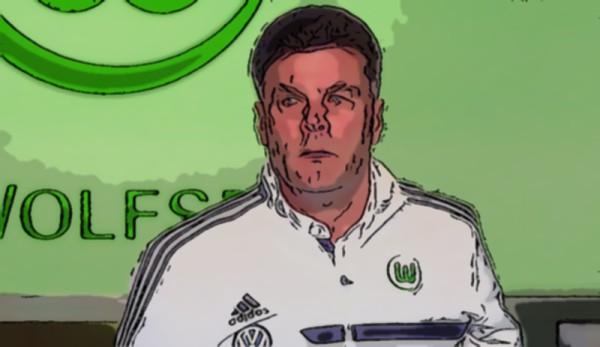 Wolfsburg are competing in the Champions League for only the second time and Gent were in the group stage for the first time ever, so this is an interesting match-up between two teams that lack top level European experience. It will also be the first time Wolfsburg have ever played a competitive match in Belgium.

Many teams would have been hoping to draw Gent, but having been underdogs in the group stage Wolfsburg are unlikely to take their opponents lightly.

Wolfsburg will look to draw on their European experience from last season, when they got to the quarter-finals of the Europa League, but this is unchartered territory for both clubs.

Even though it looks likely to be one of the most unpredictable ties of the round, there could well be a lot of bargains available in these two sides for daily fantasy football fans who are keen to squeeze the most from their budgets.

Wolfsburg shocked Manchester United by allowing the match to be open, but Dieter Hecking may opt to be more circumspect with his team selection and tactics with so much riding on the Gent tie.

Bas Dost and Max Kruse usually lead the line for Hecking’s team in a 4-4-2, with a direct style of play designed to create as many chances as possible for the dangerous strikers.

Hecking’s team are very flexible. Sometimes they are happy to sit deep and soak up pressure, hitting the opposition with rapid counter-attacks launched by long balls from the back, while they can also press teams in their own box with Julian Draxler pulling the strings around the area.

While Wolfsburg’s team sometimes looks like a standard 4-4-2, it can also morph into Hecking’s backup plan of a 4-2-3-1 system, in which the central midfielders sit deep, Kruse drops into a number 10 position and the wingers are asked to sit high up the pitch, ready to break quickly. Draxler is often given a free role too, allowing him the chance to float around the field and pop up in good spots.

Hecking has already got the better of Manchester United with a tactical surprise and it would be no surprise for the coach to have another trick up his sleeve for the tie against Gent.

Julian Draxler is the best known player in Wolfsburg’s squad and it is a sign of how far the club has come in recent years that he could be tempted to sign up for Hecking’s ongoing project. The tricky playmaker,who is valued at $4,500 on DraftKings for the away tie with Gent, has the ability to make the difference in close matches, but his inconsistency could put off some daily fantasy football managers from selecting him. Draxler was rarely at his best in the group stages despite Wolfsburg’s strong performances and the 22-year-old contributed only one goal and a single assist as his team progressed with a win on the final matchday.

Hecking’s success at Wolfsburg has been built on the foundation of a rock solid defence, with Naldo a key man at the heart of their back line. Naldo played every minute of the group stage but it was his goalscoring from defence that will catch the eye of daily fantasy football managers. Naldo found the net twice in the group stage – earning a WhoScored rating of 7.53, Wolfsburg’s highest rated player – although one red flag is the three yellow cards he also collected.

Naldo’s defensive partner is Dante and the pair of Brazilians have a telepathic understanding at the back for the German side. Dante and Naldo have a combined age of 65 so Gent may hope to exploit their advancing age with pace in the final third, but the experience of the pair cannot be underestimated either. Dante is particularly strong in the air and he was particularly good in Wolfsburg’s 2-0 group stage win at home to PSV that set them up to qualify for the next round.

Wenger’s not the only one with a selection headache »