Is the standard of goalkeeping to blame for increased Premier League goal-rate?

Goalkeepers were very much in the spotlight again on Sunday, as the latest spate of individual errors proliferated the goal numbers yet again. Over the weekend, another 37 goals were scored in the 10 matches played, pushing the seasonal goals per game ratio close to the 2.85 mark, as that all-time record for the total number of goals scored in an English Premier League season comes increasingly under threat.

But is the performance of the men between the sticks the underlying reason for a surge in the number of goals scored? 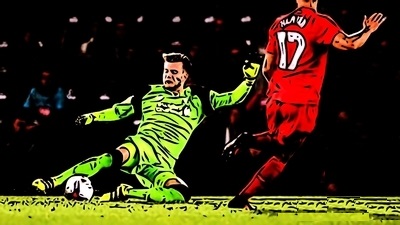 When foreign goalkeepers first arrive on English soil, the need for acclimatisation is an excuse that is often banded about when they fail to produce the goods. The performance of two of the goalkeepers that are experiencing English football for the first time – Loris Karius and Claudio Bravo – was the subject of a recent analytical publication by WhoScored  and it’s fair to say that neither has covered himself in glory so far.

However, these are not the only new shot-stoppers foraying into the murky waters of English football for the first time. Steve Mandanda, who is currently sidelined with a knee injury, joined Crystal Palace, having played the majority of his career in France with Marseille and he is still without a clean sheet, while Ron-Robert Zieler has been donning the gloves for Leicester City, in the absence of the injured Kasper Schmeichel, after joining the Foxes from Bundesliga outfit Hannover 96.

The quartet have made a total of 36 appearances between them but only have a paltry 6 clean sheets to shout about. That is a very poor return when you consider that 215 clean sheets were recorded in the 2015/16 season, the equivalent of one for every three and half appearances or so.

Are there any positive signs for fantasy football managers?

With a such a dearth of clean sheets around, it’s worth re-iterating the current season’s penalty statistics. Spot-kicks are accounting for 9.8% of the total goals scored, compared with just 7.2% in the 2015/16 season, following a dramatic increase in the number awarded.

However, since goalkeepers can earn valuable fantasy points, by pulling off a penalty save, it can be a lucrative area for Fantasy Premier League managers to exploit. Karius was beaten from the spot by Bournemouth’s Callum Wilson at the weekend, putting something of a dent in his reputation, since he kept out 7 of the 17 Bundesliga penalties he faced during his time in the German top flight.

Bravo fared better when he denied Tottenham’s Érik Lamela from the spot in Manchester City’s 2-0 defeat at White Hart Lane earlier in the campaign and a total of 12 penalties have been missed overall.

Maarten Stekelenburg is another goalkeeper who had a moment to forget at Goodison Park on Sunday, when a rash dash off his line was clinically punished by Zlatan Ibrahimović but the Everton stopper does warrant a special mention, having pulled-off two penalty saves against Man City earlier in the season, earning a huge fantasy score in the process.

Is the standard of Premier League goalkeeping on the decline or are the men between the sticks being made scapegoats for their teams’ overall inefficiencies?