Points earned from set pieces and penalties can make the difference between your fantasy team winning tournaments and missing out on the big cash prizes that are up for grabs in daily games.

It is therefore highly recommended to have at least a couple of set piece takers in your team to maximise your chances of scoring big points.

No discussion about the best set piece takers in the Bundesliga would be complete without a mention for Bayer Leverkusen’s deadly Turkey international Hakan Çalhanoğlu.

Çalhanoğlu has regularly been described as the best free-kick specialist in Europe in recent years and watching his glorious highlights reel it is easy to see why. Çalhanoğlu, still only 21 years old, is capable of scoring free kicks from just about anywhere in the opponent’s half.

However, Çalhanoğlu has only converted one direct free-kick so far this season and that was right at the start of the season in an away game against Hannover 96.

The starlet seems to get the ball to move much later than most other set piece specialists, leaving even the most experienced goalkeepers completely bamboozled. His best free kick so far came against Dortmund, with his incredible 45-yard effort swirling into the top corner at the last moment.

Çalhanoğlu has also provided four assists for his team in the Bundesliga so far this season, developing a solid understanding with striker Javier Hernández, for a WhoScored rating of 7.28.

The 32-year-old has converted all five of the penalties he has stepped up to take so far this season and as he is a defender he is a brilliant low-cost option for daily fantasy football players.

Verhaegh scored three goals in two matches back in October but has not hit the net in the Bundesliga since November, which could put some fantasy managers off from picking him.

Like Verhaegh, Thomas Müller has scored five penalties in the current Bundesliga season, but the Bayern Munich’s star has a slightly inferior conversion rate as he has missed once this season – slipping over and slicing a penalty over the crossbar against Mainz in September.

Müller, who is often classified as a midfielder in daily fantasy football games, is one of the most prolific goalscorers in European football, having hit 14 goals in the league already this season.

The 26-year-old has also provided four assists for his colleagues – earning a WhoScored rating of 7.68 in the Bundesliga – with Bayern flying high as they seek to defend their league title again.

Zlatko Junuzović converted an amazing five direct free kicks for Werder Bremen last season, earning himself a reputation as one of the most dangerous set piece specialists in all of Europe. 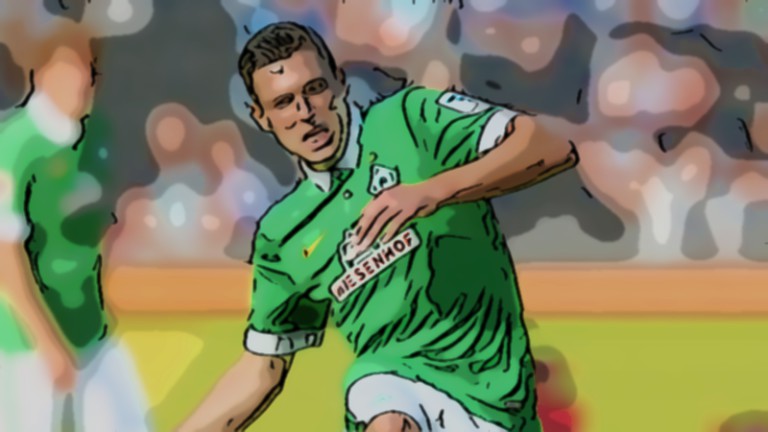 However, Junuzović has not found the net from a free kick yet this season and he has not scored at all since hitting a brace in a 3-1 win at Hoffenheim in October.

The Austria international is surely bound to find his dead ball form again sooner rather than later.

Another regular penalty taker in the Bundesliga this season is Ingolstadt striker Moritz Hartmann, who has hit the back of the net all three times he has stepped up from 12 yards this season.

The 29-year-old striker has not had a particularly prolific campaign though, scoring just four goals in the league, although three of those strikes have come in his last five appearances for his club.

Hartmann is likely to be the most affordable player on this Fantasy Football Portal list of set piece specialists, so for fantasy managers running out of budget to spend he is a good cheap pick.

« Time for the English Invasion