Only La Liga can boast the same array of world-class midfielders as the Bundesliga.

Germany’s top division has attracted some of Europe’s top players in recent years and fantasy football players are spoilt for choice when they are selecting stars for this area of the pitch.

Picking just five midfielders is a real challenge for Bundesliga fantasy football games, but he is our guide to five players well worth picking in your squads.

Many daily fantasy football games still classify Thomas Müller, making the Germany international a must-pick for any fantasy manager able to balance their budgets to get him in.

Müller is more prolific than most strikers in the world, the 26-year-old having hit a superb 14 goals from 19 appearances in the Bundesliga so far this season. He also scored five goals in the group stage of the Champions League, despite starting four of Bayern’s six matches in the competition.

But Müller is not just a goalscorer, he is a creator too. Along with the 14 goals he has scored in the league this season, he has also provided four assists for his teammates, earning a WhoScored rating of 7.68 for his league performances.

Many elite clubs would love to prise Müller away from Bayern, but in December he signed a new long-term contract to commit his future at the club up to 2021.

Bayern Munich chairman Karl-Heinz Rummenigge said: “Messi belongs to Barcelona, Rooney belongs to Manchester United and Müller belongs to Bayern. It should stay like that.”

Despite Bayern flying high at the top of the Bundesliga, the best player in the league so far this season belongs to their rivals Borussia Dortmund – Henrikh Mkhitaryan.

With seven goals and nine assists in 17 Bundesliga starts, the Armenia international has developed into one of the most effective and reliable midfielders in world football. Under the leadership of new manager Thomas Tuchel, Dortmund are heaping pressure on Bayern at the top of the league and it is Mkhitaryan who has been driving BVB on.

Mkhitaryan is one of the most versatile midfield players in Europe and it is hard to predict where he is going to play week by week, but wherever Tuchel selects him the 27-year-old finds a way to have a positive impact on the match for his team.

Fantasy players should note he is in a particularly good run of form too, as Mkhitaryan has scored three goals in his last five matches in all competitions.

Shinji Kagawa’s time at Manchester United did not work out for the diminutive Japan international, but since returning to Borussia Dortmund he has been back to his dazzling best. 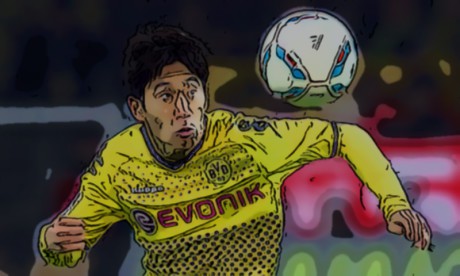 The 26-year-old has rarely been a regular goalscorer but has contributed four assists in 18 Bundesliga appearances so far this season, as well as providing six assists for his team. While Kagawa traditionally excelled as a number 10, Tuchel has got the most out of him by deploying him in a deeper central role and Kagawa has thrived on the extra responsibility.

Kagawa and Mkhitaryan link up particularly well and at least one of them should be a must-pick for Bundesliga daily fantasy football players with Dortmund in a brilliant run of form. .

Pushing midfield players into attacking roles is en vogue across Europe at the moment and one player making the most of the trend is Lars Stindl of Borussia Mönchengladbach.

Until this season Stindl rarely played anywhere apart from in central midfield, but now he is typically deployed as a forward player, despite still being classified as a midfielder in most Bundesliga daily fantasy football games.

Stindl has taken to his new role like a duck to water and has hit five goals and provided five assists for his side across 18 league matches, earning a WhoScored rating of 7.46. Stindl also shone as Gladbach romped entertainingly through the Champions League group stage, scoring three goals and adding a pair of assists in his side’s six games in Europe’s premier club competition.

Leroy Sané is expected to leave the Bundesliga for a big money move to either the Premier League or La Liga in the summer, but for now he continues to light up the German top division. 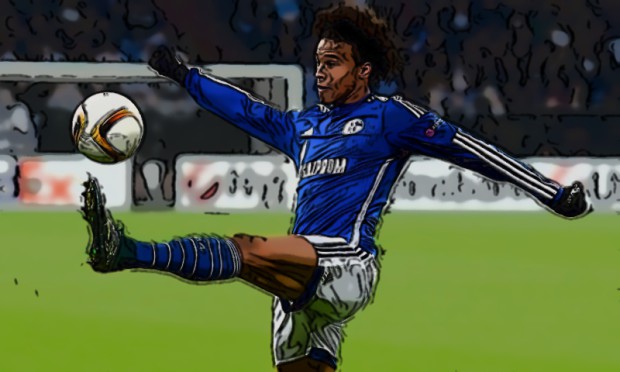 Sané has a very similar record to Stindl, having also scored five times in the league and added another four assists, but he has been arguably even more impressive in the Europa League, where he is rated at 7.75 by WhoScored for his five appearances in the group stage of the event.

Just 20 years old, Sané clearly has a massive future in the game but Schalke are determined to hold on to the starlet, with the club’s chairman Clemens Tonnies recently saying: “I can’t see Leroy Sané leaving. Those who want the best for him all tell him that he should stay at Schalke for at least one more season. You can see his development in every match.”