What has gone wrong for Luis Enrique’s side?

Barcelona have lost three league games in a row for the first time in over 10 years, while their Champions League exit to rivals Atlético Madrid has contributed to the gloom at Camp Nou.

Luis Enrique’s side looked on track to defend their treble just a few weeks ago, but the La Liga leaders are now in grave danger of ending the season with only the Super Cup and World Club Cup to their name.

Going into El Clasico against Real Madrid at the start of the month, Barça had a comfortable lead at the top of the league and were strong favourites to beat Atleti to book a place in the last four of the Champions League.

So how has it all gone so wrong?

Barcelona’s form in their last five games now looks more like a team fighting to get out of relegation danger instead of a side that are regularly described as the best in world football.

El Clasico is always a difficult match, but Barça would have backed themselves to beat Zinedine Zidane’s men and improve their already-dominant position at the top of the La Liga table.

But, after Sergio Ramos was sent off with around 10 minutes of the match to play at Camp Nou, Cristiano Ronaldo popped up with a winner to give his team a massive psychological boost. 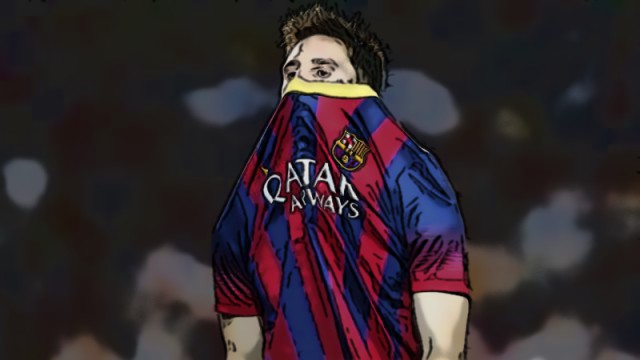 Barcelona could hardly argue that Madrid’s win was undeserved either, as Gareth Bale had a perfectly legitimate header harshly chalked off for a foul on the defender.

Next up – Atleti in the Champions League, which was Barça’s only win in their last five matches.

Fernando Torres put Diego Simeone’s men in front at Camp Nou but was then sent off for two silly challenges, with Luis Suárez scoring twice in the second half to put his team 2-1 up ahead of the second leg at the Vicente Calderón.

Few expected Barcelona’s wobble to continue in their next game, away to Real Sociedad, but after teenager Mikel Oiarzabal gave the hosts an early lead Enrique’s men struggled to get a grip of the match and fell to a 1-0 loss, perhaps with tiredness from the Atleti match contributing.

One goal would likely have put Barça through against Atlético but again they fell behind, Antoine Griezmann drawing the tie level on aggregate in the first half.

Barça probed and pushed but could not force their way through Atleti’s brilliant back line and when Andrés Iniesta handled the ball in the box, Griezmann stepped up to secure the win from the penalty spot, booking a semi-final against Bayern Munich.

It was full-on crisis mode at Barça now, so the visit of struggling Valencia, under new coach Pako Ayestarán after the sacking of Gary Neville, could not have come at a better time.

Valencia were long odds to add to Barça’s woes but they led 2-0 at half-time, with in-form striker Santi Mina doubling their advantage after an Ivan Rakitić own goal gave Enrique’s side a terrible start to the game. 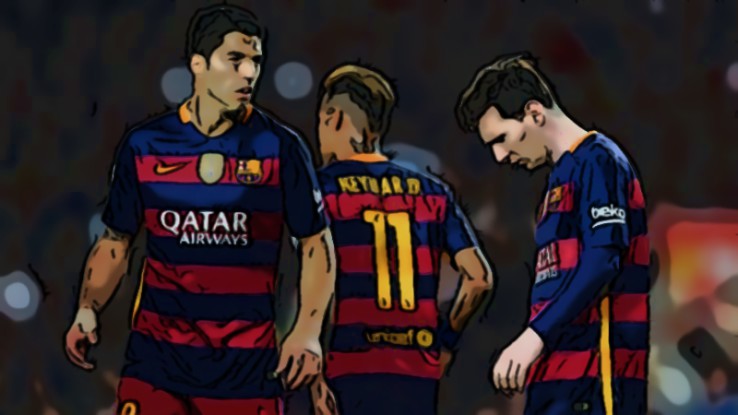 Diego Alves was in irresistible form in the Valencia goal, making a string of incredible stops, as Barça again struggled for penetration in the penalty area.

Even though Lionel Messi broke a five-game dry spell to finally score his 450th goal for Barcelona – and the 500th strike of his superb career – it was not enough, as Barcelona slid to their third league defeat in a row for the first time since 2003.

A trip to Deportivo La Coruña is up next for Barça on Wednesday night and, if Messi and Co fail to win again, they could well lose their place at the top of the La Liga table. The Argentinian forward has been valued at $25.3m on FanTeam.

Tight at the top

With five games to go until the end of the season, just one point currently separates the top three teams in La Liga.

Barcelona lead the way, level on points with Atleti but top on account of their head-to-head record, while Madrid, who have won their last seven league games to close the gap, are one point behind.

Enrique’s side kick off before their rivals on Wednesday so they have the chance to re-establish themselves as the league’s top side, with Atlético facing a tough trip to Athletic Bilbao, while Real Madrid also have a difficult game, at home against Villarreal.

Barça could well be three points clear at the top of the league after the midweek fixtures, or they could find themselves slipping two places to third spot.

It really is all to play for in La Liga due to Barcelona’s poor form, which has come out of nowhere.

« The Art of Dribbling

It promises to be a Grand Finale »