Atlético Madrid and Real Madrid face off in the Champions League final in Milan next Saturday.

It promises to be a fantastic occasion, with the Madrid clubs taking each other on in the final for the second time in the last three years.

Real came out on top in 2014 – although they needed extra-time – winning their 10th European Cup title, the fabled Décima, while Atlético are still waiting to win the tournament for the first time.

The Champions League final will be the last big club match of the season before the build-up to Euro 2016 starts, so what should fantasy football fans be looking out for?

During the current season both La Liga games between Atlético Madrid and Real Madrid were tight, with a 1-1 draw at the Vicente Calderon followed up by Atlético winning 1-0 at the Santiago Bernabéu thanks to a winning goal scored by Antoine Griezmann. 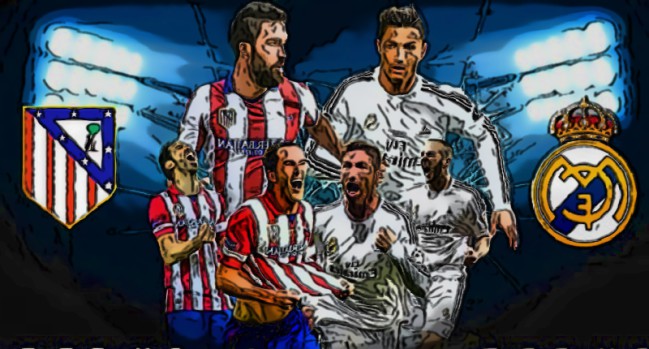 The sides also met in the quarter-finals of the Champions League last year. The first leg was a 0-0 draw and Javier Hernández struck a header late in the second leg after Arda Turan was sent off to send Real Madrid into the last four.

Most memorably, Atlético and Real met in the 2013 final in Lisbon, with a header by defensive lynchpin Diego Godín putting Diego Simeone’s men in control, only for Sergio Ramos to equalise deep into added time to force an extra 30 minutes at the Estádio do Sport Lisboa e Benfica.

Gareth Bale, Marcelo and Cristiano Ronaldo then scored in extra-time to win the title for Carlo Ancelotti’s Real, who finally collected their much-desired Décima.

There have been 202 matches in total played between the sides, with Real winning just over half of those games. There have been 51 victories for Atlético and 49 draws, with Simeone’s side unbeaten in their last eight domestic games against Real, their previous defeat to their city rivals coming in the 2014 Champions League final.

Real come into the match on a run of 12 straight league victories, while Atlético have lost two of their last three matches in all competitions. Three of the last six games between the two sides have ended in a draw, so the final could well go all the way.

The game in Milan will be the 14th European Cup final Real have contested, winning every final they have reached since losing 1-0 to Liverpool in Paris in the 1981 final. 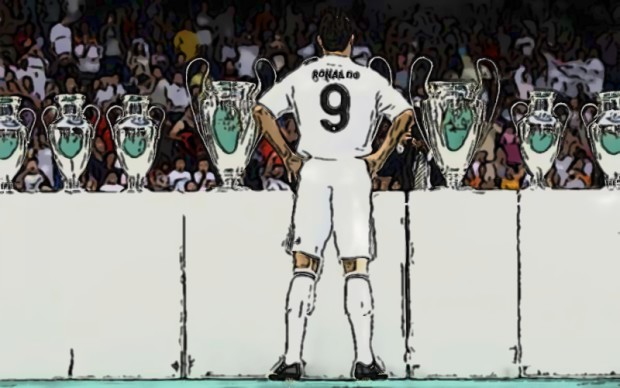 Atlético may not have won the Champions League before but they do have plenty of experience of European finals. They won the Europa League in 2010 and 2012 and lifted the Super Cup in 2010 and 2012 too.

Real coach Zinédine Zidane, who scored the winning goal in the 2002 final, has plenty of European pedigree of his own, and he is seeking to become the seventh person to win the European Cup both as a player and as a coach.

The success of Atlético in recent years has been built on a solid defence and, if they are to win the Champions League, they will be highly reliant on their excellent young goalkeeper Jan Oblak, as well as the mean defence led by the peerless Uruguay international Godín.

Koke has created 15 assists in all competitions this season and he has a particularly good connection with Fernando Torres, who will be seeking to put the disappointment of missing out on Spain’s Euro 2016 squad behind him.

Torres, who was sent off in the first leg of the semi-final against Barcelona, is in fine form having hit seven goals in his last 11 appearances.

Saúl Ñíguez scored a wondergoal against Barça in the semi-final and he has nine goals and four assists in all competitions this season, so he could be a good budget pick for your fantasy team.

Atlético’s main goal threat is Griezmann, who has scored 32 goals in a breakthrough campaign, including seven in his side’s run to the final of the Champions League. Like Torres, Griezmann is also in good form, hitting three goals in four games for his team.

Cristiano Ronaldo will be the most expensive player in Champions League fantasy football games for this match, but with 16 goals in the competition this season he justifies that massive fee.

Ronaldo has scored as many goals in this year’s tournament as Atlético’s whole squad, with his hat-trick against Wolfsburg dragging his side through a tricky quarter-final after their first leg loss.

If Ronaldo was to score in the Milan showpiece he would become the first player to score in three Champions League finals, having also hit the net for Manchester United in their win against Chelsea in Moscow in 2008. Ronaldo, who hit 35 goals in the Liga season, is also one goal short of his own record for a European Cup campaign, which he set in 2013/14.

While Real can be devastating in attack, they also have a solid defence and Zidane’s side have kept a clean sheet in six of their last seven European matches, with goalkeeper Keylor Navas particularly excellent.

Ramos might be a loose cannon – he was sent off in Real’s win at Camp Nou a few weeks ago – but he has a fine habit of coming up with important goals, while Bale already has one crucial Champions League final goal on his impressive individual record.

Toni Kroos, a winner with Bayern Munich in 2013, could become the 13th player to lift the trophy with two different clubs, while Karim Benzema scored 28 goals in all competitions this season.