Micah Richards has revealed that his new Aston Villa team mate, Fabian Delph, has asked about life at Manchester City following reports linking the 25-year-old with a move away from Villa Park. Delph’s concerns understandably revolve around the amount of first-team football he’d get.

Opta-powered fantasy football game www.oulala.com have released stats that will reassure the England international that first-team football at Manchester City is very likely, should his move to the Etihad transpire. 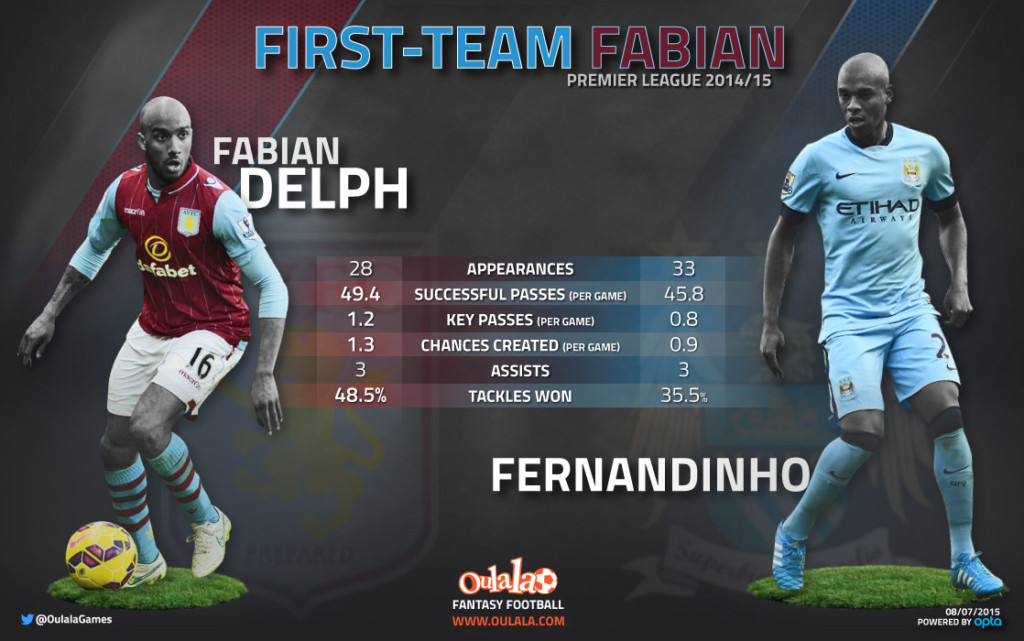 Delph made more successful passes per game than Fernandinho (49.4 to 45.8) in the Premier League, enough that would have in-fact had him rank third in the entire City squad last season, behind only Yaya Toure and David Silva.

With 1.2 key passes per game to Fernandinho’s 0.8 and 1.3 chances created per game to 0.9 from the Manchester City midfielder, Delph shone further.

Both players tallied 3 assists each while Delph held a further advantage defensively, successfully completing 48.5% of his attempted tackles to just 35.5% from the Brazilian.

After watching the likes of James Milner and Jack Rodwell fail to hold down a place in the Manchester City first team, Delph’s concerns are understandable. However, looking at the numbers he has nothing to worry about.

« Ahead of the ‘Handicapper’