Only one summer signing has made it a steady close season for West Brom, who will be hoping for more excitement after a fairly dull campaign last year under the pragmatic manager Tony Pulis.

The fate of Saido Berahino remains up in the air and much of the Baggies’ business may depend on whether the striker is retained. Berahino is going into the last year of his contract, so the club has to decide whether to cash in or keep him for one last season.

West Brom finished 14th in the Premier League last season and while safety is again the ultimate priority for what was once a classic yo-yo club, more thrills would be welcomed by the team’s fans.

Pulis is not regarded as the most innovative of coaches, with his West Brom team usually lining up in a 4-2-3-1 formation, although the number 10 is asked to tuck in when the side is defending.

The wingers also need to track back regularly, while Pulis is famous for fielding centre-backs on the flanks of his defence, with four centre-backs typically selected across the Baggies back line.

Set-pieces remain one of West Brom’s primary scoring methods, although the inclusion of teenager Jonathan Leko towards the end of last season perhaps suggested Pulis is an old dog who can still learn new tricks.

West Brom’s team is likely to look much the same as it did last season, with Gareth McAuley, Jonny Evans and Darren Fletcher three of the most important players in Pulis’ solid squad.

Salomon Rondon will lead the line, especially if Berahino is sold, while James McClean is the favoured wide player of the Welsh coach despite the winger’s regular poorly-timed tackles.

Ben Foster is the undisputed number one at West Brom and the former England international will again be between the posts for the club this season.

Cover for Foster is provided by the capable Boaz Myhill, as well as youngster Alex Palmer.

McAuley may be coming to the end of his Premier League career but the 36-year-old looks to have another decent season in him after a string of fine performances at Euro 2016.

Evans will also be in the Baggies defence but he could fill in at left-back or in midfield, at least until Chris Brunt returns to fitness, while Craig Dawson is the first choice right-back.

Last year’s big signing James Chester, who cost £8 million, may finally find himself a place in the WBA side after impressing for Wales over the summer, although he has Jonas Olsson to beat.

New arrival Matt Phillips scored eight goals in the Championship for Queens Park Rangers and the Scotland international could line up on the right wing, with McClean selected on the left.

Fletcher is likely to be partnered by Claudio Yacob in front of the WBA defence, with set-piece specialist Craig Gardner given freedom to push forward and support the lone striker in the team.

Rondon’s nine goals made him the team’s top goalscorer last year and the Venezuela international will be looking for double figures this time out. Pulis loves Rondon as he will run his socks off every week, holds the ball up well, is good in the air and is a genuine goal threat.

Should Berahino be kept at the club, Pulis could field the striker alongside Rondon in a 4-4-2.

Sébastien Pocognoli and Cristian Gamboa offer cover at full-back, while the release of Stephane Sessegnon and Victor Anichebe means Pulis is light on attacking alternatives to Rondon other than Rickie Lambert, assuming Berahino gets his long-desired move.

Midfielder James Morrison has committed his future to the club and is quality cover when not in the team, with winger Callum McManaman linked with a move away from The Hawthorns.

Gardner has proven himself to be a dangerous set-piece taker during his Premier League career and he will continue to take direct free-kicks for West Brom this season. 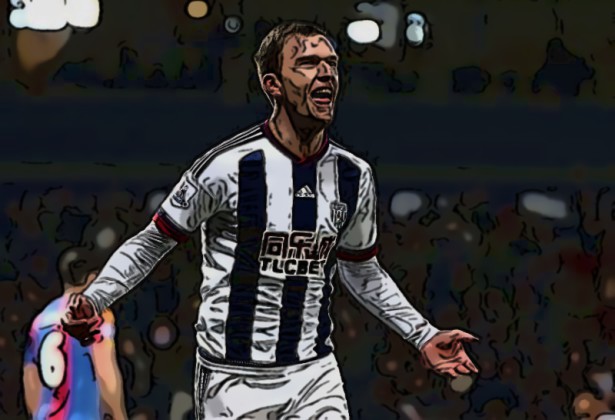 Brunt and Morrison will share responsibility for free-kicks from further out, with McAuley and Olsson both very threatening from balls into the box, while corners are often cleared to Gardner on the edge of the penalty area.

When selected, Berahino is likely to take responsibility for West Brom’s penalties, with Gardner also stepping up from 12 yards to take spot-kicks. Berahino, however, missed twice in one game against Watford last year, so he might have lost the job regardless.

West Ham’s want-away striker Diafra Sakho is rumoured to be a top target for Pulis, although Sunderland are also believed to be interested in signing the Senegal international, who has not gone on the Hammers’ pre-season tour of America.

New West Brom technical director Nicky Hammond insists his appointment will not stop Pulis from having the final say on transfers this summer, but the club’s fans will want to see activity soon.